The Daily Mail called it "cushy" but guards were worried about suicides and the ship nearly sunk. 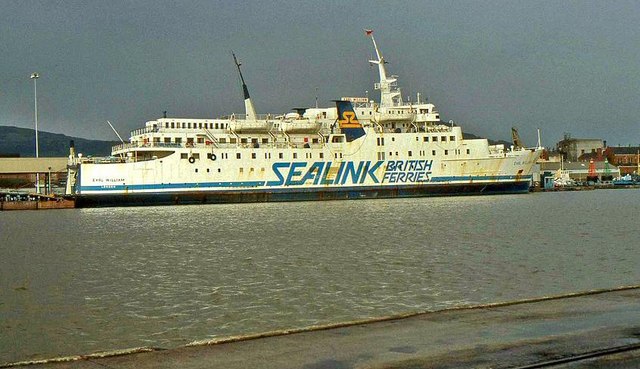 In recent days, it’s come to light that the Home Office and Prime Minister’s office have considered a range of outlandish and inhumane ways of detaining and “processing” asylum seekers.

The plans under consideration include keeping asylum seekers, who have fled danger and commited no crime, in detention centres in Papua New Guina, Moldova, Morocco, Ascension Island or disused oil rigs.

These proposals echo Australia’s policy of offsshore detention camps and follow British discussions with Australia’s old right-wing prime minsiter (and now member of the UK’s board of trade) Tony Abbot.

Thankfully, these plans are unlikely to go ahead though. A more realistic (but just as terrible) idea is to detain asylum-seekers on disused ferries.

As Private Eye journalist Solomon Hughes points out, this policy has been pursued before – by the Conservative government in 1987.

Conditions on the Earl William car ferry in Essex were cramped and claustrophobic. Access to the upper deck was limited because of the risk of suicide.

Things were so bad that, in August 1987, the Sri Lankan Tamils on board, who had escaped civil war and government repression began a hunger strike.

They were supported by seafarer union bosses, MPs like Jeremy Corbyn and Diane Abbott and the ‘activist lawyers’ which Priti Patel’s Home Office so derides.

They were opposed by papers like the Daily Mail who described the refugees as “gatecrashers” and the car ferry as “cushy”.

A few months after the hunger strike, the famous 1987 hurricane loosened the ship from its moorings and ripped holes in it.

This ordeal and near disaster didn’t put the Home Office and Conservatives off the idea for long though.

Ten years later, with Michael Howard and Anne Widdecombe as Home Office ministers, The Times reported: “Ministers have given approval for alleged illegal immigrants and bogus asylum-seekers to be detained on the floating prison Resolution.”

As Hughes points out, the Labour government did use a ship as a prison. That too was a disaster. It only lasted eight years.

Thirteen years later and the proposal has risen its ugly head again. Instead of coming up with creative new (and old) ways of punishing innocent people, why doesn’t the Home Office only detain people who’ve gone through a full and fair legal process and are about to be deported?

In 2000, the UK had the capacity to detain just 475 people. Now it’s over 2,000. Many of these people are detained for no good reason and, after traumatising them and costing the taxpayer, the Home Office lets them go again.

At Yarl’s Wood detention centre, 67% of women detained are later released. Her Majesty’s Chief Inspector of Prisons said this “raised questions about the justification for detention in the first place”.

Well, quite. If the Home Office only detained people with good reason and for a short a time as possible, it wouldn’t have to come up with these ridiculous ideas and could shut down a few expensive privately-run detention centres too.