No-one says that about Unison's male deputies, she said. 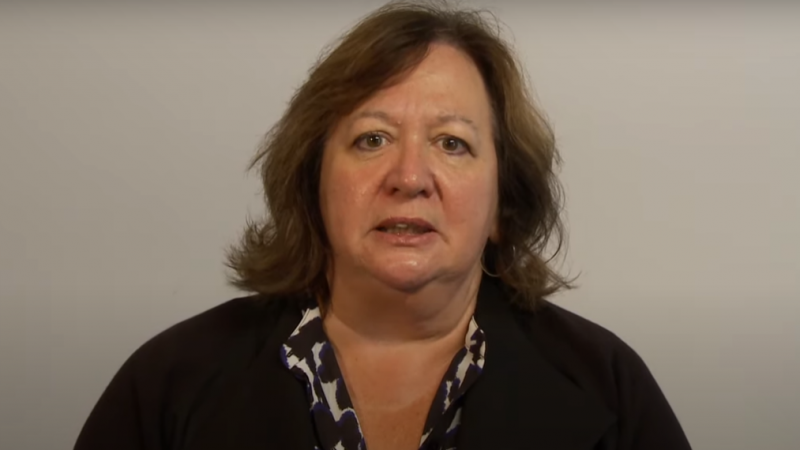 Christina McAnea is one of four candidates to be the general secretary of Unison, the UK’s largest union with 1.3m members, largely representing public service workers.

Left Foot Forward spoke to her and is hoping to conduct interviews with all four candidates who secured enough nominations. Voting starts on October 28th and the results will be announced on January 11th.

This is the first part of our interview with Christina McAnea. Read part two of the interview here.

LFF: Tell us about your background and why you got involved in Unison.

CM: “I worked for the GMB for five years at the regional office in Glasgow…helping with legal cases and employment.

“I went from there to the National and Local Government Officers Association’s women’s officer, then I stayed within Unison [when it merged] and got a job as a national officer in negotiations. I got promoted, became senior national officer, dealing mainly with education – negotiations on behalf of school staff, with government [during the Labour government], and became national secretary for education. I ran the whole team, then moved to the health side, as head of the NHS [division]. Then I got the job as Assistant General Secretary.”

You’re seen as close to Dave Prentis, and the Unison executive has backed you. Is this in the bag?

“Dave’s kept completely out of this…He’s got 5 assistant general secreatries (AGSs). Me and [another candidate] Roger [Mckenzie] are both AGSs. I’ve been one for three years.

“My role is mainly negotiating side. Dave [Prentis] is a fairly hands-off boss in many ways. The chief of the organisation, with the presidential team, doesn’t interfere with work on a day to day basis. We don’t have a close personal relationship, I don’t socialise with him…

“We get on reasonably well. We’ve had our ups and downs – we’ve had arguments over many issues, including strategy on bargaining issues, over the direction of travel, as you’d get in any organisation. We’ve worked through them or agreed to differ. The big decisions are taken with lay members, at any event.”

Does Unison avoid the problems of sexism other unions have faced?

“I’m sure there are problems…we have the Christmas party. But I’d say we do.”

Other candidates have distanced themselves from the past few years for Unison. How do you feel about where the union is at?

“Others are saying I’m the continuity candidate. I think it’s patronising with a big dose of misogyny that it’s only being said about the woman candidate – that ‘she can only do it if she can continue the work of the predecessor’.

“I find it annoying. Underlying that is real sexism that does exist in the union movement.”

You’d be the first female leader of the union in its history. – what does that mean to you?

“I think it would send a strong message given that the union is 80% women. I’m astonished that I’m the only woman who stood, [and] amazed that no other political grouping put up women. I find it quite astonishing.

“You’d think in a union of 80% women, out of five candidates [there are four men]…you’d have thought it would have been the reverse.

“I’ve been saying this in all the hustings – not asking people to vote for me just because I’m a woman, but because I’m the best person for the job.”

What do you see Unison’s role as when it comes to Black Lives Matter? Dawn Butler and Diane Abbott have backed Roger Mckenzie. Unison’s black member’s group have backed Hugo Pierre. They all say it’s time for a black leader.

“I’ve made trying to get an equalities agenda firmly embedded in the bargaining agenda, and not seen as something separate.

“For black members, that’s meant making sure we’re raising the issues they bring up with employers, on pay gaps, discrimination, [and] action plans. What do we do to make life better for our black members in the workplace? How can we make a practical difference? This came very much to the forefront during the pandemic.

“We looked at the impact on black workers, and pulled all my negotiators in, to ask: is this on the agenda with your employers? We’ve drawn up guidance for the website, practical helpful steps to go through. We’re doing a lot of work and need to do more. We set up a leadership group, one for black staff and activists in the union.”

Turnout in the last leadership election was less than 10%. Why is that?

“It’s a major issue and applies right across everything we do, including [strike] ballots. We don’t get good turnout. We’re looking at all different ways and need to do far more steps, in particular with women.

“We’ve done a whole series of hustings. It’s an incredibly long process – six weeks of hustings with branches and service groups. I’ve been shocked at how few women participate in them.

“One big health branch has 80/85% women. But I look at the screen, and if it’s 20% women you’re doing quite well. That’s genuinely shocked me – how low the participation of women is.

“Lots of people don’t want to become activists – it’s a pretty tough job, particularly for young women with caring responsibilities. There’s also the issue of ‘gatekeepers’ who don’t move over – people will proudly tell you they’ve been a branch secretary for 30 years.

“That’s great, but one of the things we need to do is identifying and working with other activists to help them come forward.”

Would you ask them to step aside?

“We’d ask: could you mentor someone? Could we work with you to find someone to come forward and be an activist?

“Another factor is that relatively small political organisations seem to have a lot of influence in Unison – don’t know whether that puts some people off?”

Do you mean the Socialist Party?

“The Socialist Party and the Socialist Workers’ Party – people are entitled to be in whatever party they want, I’m glad they want to get involved and take on difficult jobs – that’s great. But you do wonder if that focus may put off other people who aren’t as politically active. In the grand scheme of things, I’m sure it’s one issue among many.

“Women are more likely to have family responsibilities…A big part of my campaign is how do we make the union accessible to these groups, who see themselves out of the main unison structure? They’re entitled to the full services of the union.”

Correction: This article originally incorrectly stated that Unison’s black members’ group backed Roger McKenzie. In fact, they back Hugo Pierre. This has been corrected.

Josiah Mortimer is a co-editor of Left Foot Forward