The Corbyn-backed candidate says Unison members should get more involved with Labour. 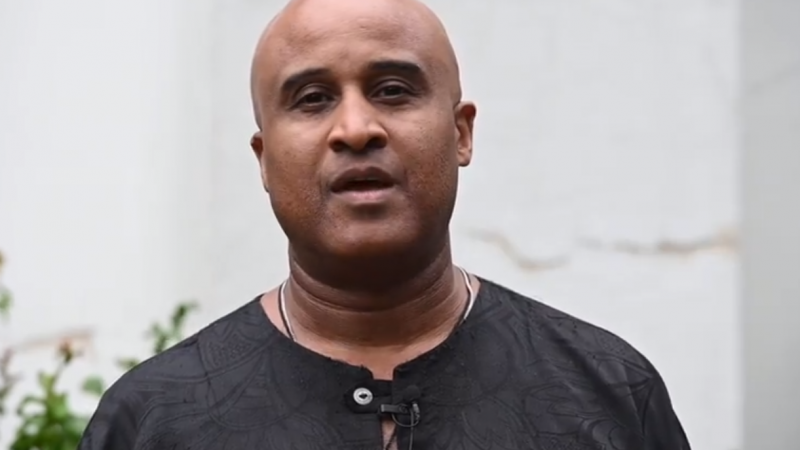 Roger McKenzie, one of four candidates running to become the General Secretary of Unison – the UK’s largest union –spoke to Left Foot Forward about how to make the union stronger, what its relationship with Labour should be and how he gets on with with Jeremy Corbyn and Keir Starmer.

Left Foot Forward is conducting interviews with all four candidates who secured enough nominations. Voting starts on October 28th and the results will be announced on January 11th. Read the first part of our interview with Roger here and our interview with fellow candidate Christina McAnea here.

LFF: What do you make of the Conservatives handling of the Covid crisis? And what would Unison’s relationship with Tory ministers be like if you’re elected?

Roger Mckenzie: “The Tories have put our members in harm’s way – they have to be held to account. There needs to be an inquiry into their handling of the pandemic. Local government was promised a load of money to deal with Covid and that’s not been forthcoming.

“The Tories are going to make public service workers pay for their mishandling of the pandemic. We can complain as much as we like. It’s our strength and being able to make that mean something that matters. The priority is for strong organisation on the ground.”

“There are other administrations, let’s not forget. The Welsh government are good to work with, and I want to deepen that relationship, to continue to deliver for the people of Wales.

“We have to continue to support the peace process in Northern Ireland, particularly in the wake of Brexit. It’s an absolute priority.

“In the Scottish parliament, we need to make sure the government delivers on public services. So, it’s not just about what happens at Westminster.

“Devolution for us is really important – to give our members in the nations an absolute say, and the resources to influence what goes on, so they know we’re strong enough to win.”

Do you want to see more powers for Unison members in the nations?

“We need to maintain the national union, and to make sure our members across the nations have a real say over what happens. The level of activity in our union isn’t strong enough. We need to ensure more members actively participate, to give resources to our regions, nations, and branches to prioritise the work that needs to be done.”

You’re backed by Jeremy Corbyn. Would you say you’re on the left of the Labour party?

“I always have been, and I want to take the union into the Labour party. Labour has some firm commitments about public services. not just end to privatisation but to see services returned in house. We expect that from Labour.

“.. I was constituency secretary to Jeremy Corbyn many years ago, and I’ve been colleagues with people like Diane Abbott in the Labour party black sections together. I was there right at start of Dawn Butler coming through in the civil service union [PCS]. We’ve all known each other for a long, long time.

“But it’s not about personalities, but what Labour is meant to deliver for working-class people and Unison members. I’m a socialist – and I’m proud to call myself a socialist. We have to stand up against injustice collectively, for a fundamental and irreversible shift in society in favour of working-class people.”

On Covid, do you think it is time for a national lockdown?

Yes, I do. I want to congratulate the government in Wales [for the lockdown]. It’s exactly the right thing to do. We need to put this break in.

“This government has dilly-dallied. We’ve still got members of staff going into work – those staff need PPE necessary, proper risk assessments. The government could do much more to work with us.

“Removing funding for UnionLearn is an absolute outrage. They should be working with unions, and entering into proper dialogue.”

What’s your relationship like with Keir Starmer? You’ve criticised him over several policies lately including the so-called Spy Cops bill (Labour abstained).

“Personally, we get on really well. The spy cops bill – I think that was wrong. We should have voted against it. I make no bones about that.

“I want to give Keir Starmer a chance to succeed. We desperately need a Labour government in this country. It’s a really difficult period for Keir, and far from usual. Angela Rayner knows where we stand – she’s one of our members, and a former key activist.

“We want to work with them, but they have to show they’re standing up for public service workers – things Keir said when he ran for leader, and manifesto commitments we fought for back in December. We expect labour to deliver on those things – if they don’t, our members simply won’t support Labour.”

Would you support holding back cash from Labour if you disagreed on key issues?

“No – I wouldn’t. We get more from having a relationship with the Labour party. I want to see members get more engaged in Labour, not less. Labour has to listen to what we’re saying, and what our members are telling them. Members are struggling to survive. They need a labour government standing up for them.”

Are you confident you can win this? Christina McAnea is ahead in branch nominations.

“We’re very confident about winning the election. The number of nominations bears little relation to the number of votes. Our message of growing a strong union is resonating.”

Turnout was less than 10% last time. Why do you think that is? Is it a problem?

“The level of participation in General Secretary elections is very low, not just in ours but every union. With the size of our union – 1.3m members – it’s a different kind of challenge.

“Turnout isn’t the only thing we’re interested in. Obviously we’re interested in winning, and getting as many people participating as possible. For the Unison NEC elections next year, the past turnouts are not sustainable. I’m talking about building a strong, member-led union.”

Left-wing candidates including Paul Holmes want to see the General Secretary take a ‘worker’s salary’ of around £30,000. Where do you stand on that?

“It’s posturing. Our members want us to deliver a proper wage for them. The concentration shouldn’t be on turning this into some macho battle about who’s prepared to take what [pay cut].”

If you win, are major strikes on the cards, on your watch?

“If the Tories try and make our public service members pay for their mishandling of the pandemic, we have to do that.

“I was involved in the Compass industrial action in the North West. We got those workers organised, won the ballot and won that strike, with a 17% pay increase. They’re organised and ready for the next battle. That’s what we have to do all the time.

“When we say to employers ‘we’re not happy’, they have to know that we’re organised.”