The party is looking sheepish, squirming and desperate, as they try to belittle Labour's support for tackling child hunger. 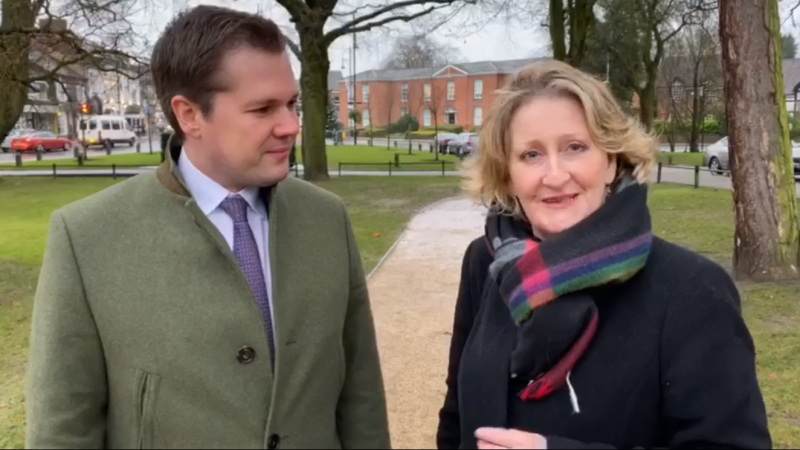 As pressure mounts for the government to do a u-turn over the free school meals vote controversy, many of those culpable are desperately attempting to justify their actions.

Following an outpouring of national contempt, some of the 322 Tory MPs who voted against Labour’s motion to extend free school meals for children over the school holidays until Easter 2021, are taking to social media, radio and local newspapers in an effort to defend their voting choice.

And not just MPs. Listeners of BBC Radio 5 Live were left aghast on Tuesday when Mike Bird, Tory leader of Walsall Council, suggested struggling families could feed their children this half-term by shopping at Marks & Spencer’s, where they can buy three meals for £7.

Similar disbelief was fuelled by Mary Robinson (pictured), Conservative MP for Cheadle. Showing no remorse, Robinson used a Facebook post to snub the issue of free school meals as merely a “quick win headline” for the left.

“This is an issue regularly brought up by Labour, creating easy win headlines for them,” wrote Robinson.

The post sparked an outpouring of disbelief and anger, with one constituent commenting “I’m angry that in 2020 we even need to vote on whether children should be fed. The emotion I feel when you attempt to justify why you think it best not to feed them is one I haven’t experienced before. I’m furious/embarrassed/sad/shocked.”

Trying to pin dirt on Labour by claiming their motion to ensure vulnerable children are not left hungry is a publicity stunt is not just cheap, it’s steeped in propaganda.

Labour has a long history of pushing for free, government-provided school meals.

Under Thatcher’s government in the 1980s, the provision of school meals was disrupted. Not only did Thatcher cut funding for free school milk to all pupils, but nutritional standards for school meals were abolished, and entitlement to free meals for low-income families was ended. All as an attempt to cut costs.

Today, years of Tory-imposed austerity and cuts to local government budgets have resulted in deepening inequality and rising levels of childhood poverty.

In the throes of the crippling “austerity years”, in 2017 the then-Labour leader Jeremy Corbyn announced that the next Labour government would commit to providing school meals for all primary school children. Labour would fund the policy by introducing VAT on private school fees, ending a subsidy to a privileged few while ensuring no child goes hungry at school.

The Covid-19 pandemic is set to heighten the social and economic challenges borne out of years of austerity. With a government failing to look after the most vulnerable in society, it took a footballer to take matters into his own hands.

For its part, Labour has campaigned for free school meals for decades. Belittling it as a PR stunt is condescending and unambivalently inaccurate.

Like Mary Robinson in Cheadle, High Peak Tory Robert Largan MP felt compelled to justify his actions. Writing for a local newspaper, Largan attempted to absolve the issue somewhat by claiming the vote “was not a vote about whether we help the most vulnerable children or not.”

With around 1.4 million children in England claiming for free school meals and an estimated further 900,000 having sought free school meals since the start of the pandemic, it’s difficult to understand the MP’s rationalising of how a vote to not extend free meal support to low-income families is not about helping the most vulnerable.

Uncertainty about jobs and income is escalating as the second wave of the pandemic bites. Instead of dealing with it, the Tories’ attempt to spin the controversy as a publicity stunt shows a desperation to detract from the callousness of their actions. It won’t work.