Being well fed is a year round right. The Tories seem to have forgotten that. 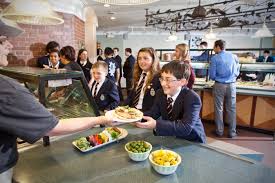 The rumble in the stomach demands to be silenced; not through sheer will, but through sustenance. Food is not a pleasure to indulge in, it’s a basic right for every child in society. Though the reality for too many children in modern Britain is that food is a privilege, one requiring sacrifice. Eat or heat has become a typical choice under this Conservative government’s decade long mismanagement of the economy. Yet, their instance on “levelling up” yielded a commanding majority in the election of 2019, particularly in the working-class dominated Labour “red-wall”. Why then, did 321 Conservative MPs vote against the ‘free school meals during holidays’ vote? So much for levelling up!

The irony is, it is precisely the Conservatives who ought to take responsibility for the childhood hunger sweeping the nation. It was this Conservative government that created a hostile welfare state, cutting working-age social security by £30 billion and local authority’s funding for children and young people’s services specifically by £3 billion. No wonder then, that the Marmot review; the most influential report into poverty, found 30% of children living in relative poverty in 2019, equating to over 4 million children. The vote on free school meals have unveiled the callous morality of Boris Johnson’s Conservative government: implicated in the problem but abdicating themselves of the responsibility.

This is not a fringe issue as perceived by wider society; food bank usage is heavy in this hostile political environment. In 2019, the Trussell’s Trust reported a 26-fold increase in the use of food banks since the last Labour government in 2010. And, this isn’t counting the one third of food banks operating outside the Trussell’s Trust network: the true number is likely higher. Further to this, a total of 13% of UK adults are reported as being ‘marginally food insecure’; and, 8% being ‘moderately food insecure’. These adults are disproportionately those with young children.

And, this food poverty is amplified during the holiday period leading to the phenomenon of ‘holiday hunger’. Particularly problematic, since the school holiday period totals 170 days of the year. 36% of teachers report pupils being noticeably thinner after school holidays, with 73% of households with less that £15,000 income struggling to afford food during holidays. Surely, we can do better than this? If we want societal change, we need governmental change.

Existing in a state of food poverty compromises educational outcomes; children growing up in food poverty will, likely, exist in a state of perpetual and inescapable poverty. Is this what the Conservatives view as “levelling up”?

But, the worst kind of inequality is the increased risk of childhood death and lower life-expectancy arising from food poverty. This is not in reference to some far flung third world county, this exists right here, in the UK.

An opportunity was presented by Labour at the perfect time. Now more than ever impoverished children need urgent support. Families on universal credit are suffering like never before. The pandemic has caused Seven in ten of these families to cut back on essentials, and five in ten have fallen behind on rent and bill payments. The vote on free school meals during holidays would have eased some of the burden in some of the most vulnerable families in the UK.

But did anyone expect this Conservative government, headed by the bumbling elitist Etonian to understand the struggles of the many?

Startlingly, I did; how can anyone, in their right mind, not sympathise with the struggles of starving children? Instead, they choose to fund a £522 million ‘eat out to help out’ scheme whilst failing to spend a mere fraction of that on alleviating the suffering experienced by too many children.

This does make for grim reading, but there is hope. At times of abject government failure and immorality, comes solidarity. The heart-warming, deeply wholesome images across the country of businesses, charities and individuals pooling together to feed the nation’s poorest children is one of remembrance. The juxtaposition of the people versus parliament is intense; a reminder, that this callous Government doesn’t represent compassionate folk like us.

Jatinder Hayre is a political journalist, medical student and academic researcher. He is a member of Keep Our NHS Public and the Labour Party.