Activists are mobilising to protest the Home Office's increasing attacks on migrants and the immigration system. 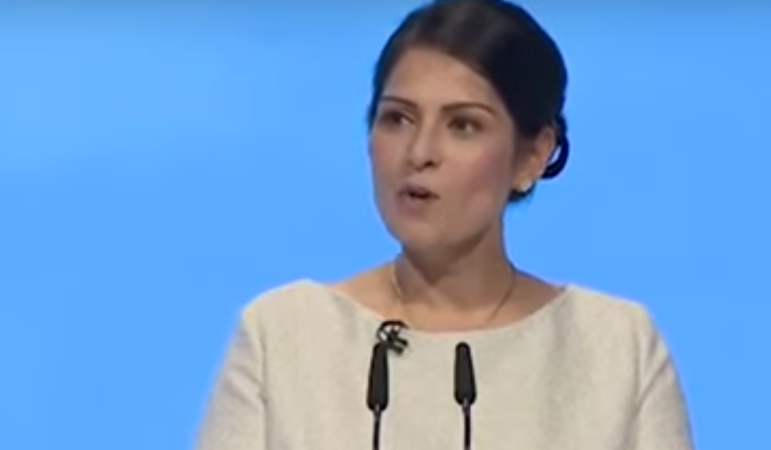 Activists staged a weekend of nationwide action to protest the government’s escalating attacks on migrants’ rights. Groups under the banner ‘Solidarity Knows No Borders’ came out against the Home Office’s Hostile Environment policies and in support of the Fair Immigration Reform Movement (FIRM) Charter.

The FIRM charter calls for an overhaul of the current migration system and replacing it with policies based on respect for ‘basic rights’ and ‘principles of dignity, justice, welcome and action’.

This follows increasingly aggressive rhetoric from the Home Office on migrants, including reported plans to use nets to stop the dinghies of asylum seekers making the perilous journey across the channel. Priti Patel called the UK asylum system ‘fundamentally broken’ and pledged and promised to do the ‘biggest overhaul’ in ‘decades’ during the Conservative Party conference.

The Home Secretary, who is the daughter of migrants, had previously explored the option of shipping off asylum seekers to overseas territories for processing. Patel is also seeking to make it easier to deport homeless people who repeatedly commit low-level crimes or who often come to the attention of police and refuse help. Lawyers have criticized the politician’s attacks on ‘activist lawyers’, saying they inspired a far-right racist knife attack on a law firm in September and could incite further violence.

Protesters were motivated by the latest attacks on migrants alongside decades of an ‘increasingly restrictive, punitive and racist system’. Migrant groups and community organisations held protests in locations including Sheffield, Manchester, Hastings and London, as well as multiple online events.

Zrinka Bralo, CEO of Migrants Organise, said: “This weekend of action, organised by migrant community groups, is only the start. Around the country more people are joining the movement to demand an end to the racism of the immigration system, and for a move towards a framework of basic rights, some of which are now set out in the FIRM Charter document.

“Realising these rights—the hopes and dreams of so many of our members—will only happen if we, together, build a mass movement able to bring it about. Now is the time for us to do this!”

On Monday a vigil is planned outside of the Home Office to commemorate the lives lost to the Hostile Environment policies. The date is the 10-year anniversary of the death of Jimmy Mubenga, who suffocated after being restrained by three G4S guards while on a deportation flight to Angola.

The father-of-five’s repeated cries of ‘I can’t breathe’ are echoed in the final words of George Floyd, whose killing caught on video sparked this year’s global BLM movement.

Organisers of last weekend’s protests are also pointing to a recent report that found that Hostile Environment policies prevented migrants from accessing healthcare during the pandemic.