The council is set to approve the mine - but government could over-rule them. 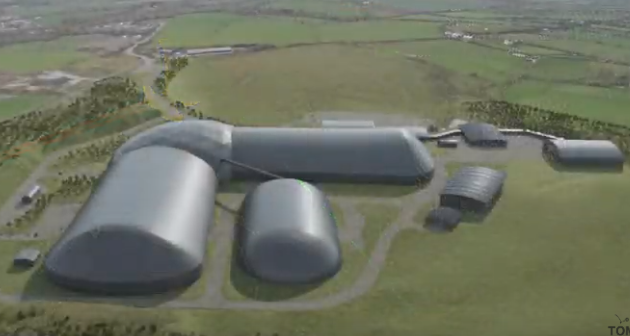 The Communities Secretary Robert Jenrick may intervene to reconsider the UK’s largest live coal mining application, according to a letter seen by Left Foot Forward.

The country’s first deep mine in more than 30 years is set to be given the green light by council officials for a second time this week – but central government could over-rule them.

Instead of the 2070 end date initially put forward in the plans, commissioners will reportedly recommend a reduced lifespan for the project, ceasing operations in 2049 – just one year before the UK’s carbon neutral deadline – at which point an extension is to be considered.

Last week, Jenrick’s department wrote to Marianne Birkby, the claimant in a judicial review case with the West Cumbria Mining (WCM) operator, to indicate the Secretary of State may call in the decision for a rethink, should it gain county council approval as expected this week.

In the letter, seen by Left Foot Forward, the department told Ms Birkby: “Subject to the Council resolving to grant planning permission the papers have (sic) will be requested from the planning authority and the case is assessed.”

The ministry’s offical continued: “Please be assured that the Secretary of State will give due consideration to your organisation’s representations and those submitted by other parties, when deciding whether to call in the application.”

The previous Communities Secretary, Sajid Javid, made the decision to call in two opencast schemes in the North East – in Northumberland and County Durham, respectively.

This led to Jenrick last month refusing permission for a major surface mine that, similarly, had been unanimously approved by Northumberland County Council in 2016.

The new Cumbrian project would seek to supply domestic and overseas industrial steel-making. Estimates vary, but it is thought that at least half of the metallurgical coal dug up off the St Bees coastline would be exported.

Planning permission was first granted at the site last November. However, Ms Birkby’s legal challenge has since forced WCM to amend its plans and has pushed the local authority to reconsider the application.

Aside from the climate change implications of the project – it is estimated the mine will emit 8.4 million tonnes of CO2 each year – campaigners have pointed to concerns over nuclear waste suspended at a mud patch near the planned extraction area in the Irish Sea.

They argue the drilling machinery WCM plans to use – which has prompted an inquiry in Australia following a series of explosions at a Queensland coal mining scheme – may disturb and redistribute radioactive by-products of the work done at nearby Sellafield.

The campaigners also allege a conflict of interest in then-Secretary of State James Brokenshire’s initial decision to approve the Cumbria mine during the same month WCM’s CEO was appointed to the national Committee on Radioactive Waste Management.

A number of protests have been staged by environmental groups across the county in a bid to exert further pressure on the area’s political representatives in the lead-up to this week’s decision. Some of the demonstrations have coincided with larger Extinction Rebellion actions in London and Manchester last month. Further protests are expected to take place this week if the mine gains approval.

The project has received the backing of the recently-elected Tory MPs for Copeland and Workington. Tim Farron is the only Cumbrian MP to have come out against the plans. He has vowed to lobby Jenrick to call in the decision should approval be granted tomorrow.

A number of Labour councillors were among the group of county representatives who approved the mining proposals last year – a move which drew criticism from Green Party leader, Caroline Lucas, at the time Labour was trumpeting its plans for a ‘Green Industrial Revolution’.

Shadow secretary for business, energy and industrial strategy, Ed Miliband, was approached for comment to clarify Labour’s position on the Cumbrian mine nationally. He had not responded by the time of publication.

But Phillip Black, a Lancaster City councillor and Labour candidate in upcoming county elections, called for investement in renewable energy to create jobs.

He added: “We cannot kid ourselves that this is somehow possible whilst simultaneously starting new ventures to dig up and burn tens of millions of tonnes of coal.  We simply must just leave it in the ground!

Anne Harris, from the Coal Action Network, urged Mr Jenrick to make an intervention if the scheme were to receive the green light from the local authority once again tomorrow.

She said the vast majority of coal would be exported to Europe, which would lock European steelworks in to using old technology.

“Steel production companies need to end their coal addiction and invest in new and existing technology which produces steel by other methods,” she said “as we are only one investment cycle away from the UK’s zero carbon commitment”.