"The beginning of the end of UK coal." 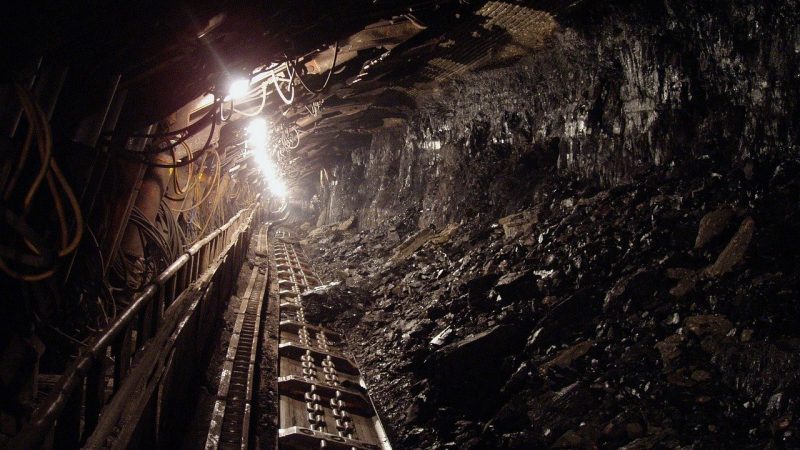 Plans for a major new coal mine at a Northumberland beauty spot have been rejected by the Government.

Jenrick’s decision deals a serious blow to the North-East company’s ambitions to resurrect opencast mining in the region, after the firm saw an extension application for one of its surface mines in County Durham rejected in July.

In his written statement on the bid, Mr Jenrick found the controversial proposals put forward by Banks were “not environmentally acceptable”.

His predecessor, Sajid Javid, had previously rejected Banks’ application to dig up the same quantity of the seven million tonnes of coal thought to be available at the Highthorn site.

The application has since been suspended in limbo, with former Communities Secretary James Brokenshire promising a decision 18 months ago, before being moved on in the subsequent cabinet reshuffle.

Environmentalists hailed the decision as signalling ‘the beginning of the end of UK coal’.

Groups like Friends of the Earth are still fighting an application in Cumbria over what would be the country’s first deep mine in three decades, as well as a smaller opencast project Banks is pursuing at Throckley, 7 miles to the west of Newcastle upon Tyne.

Friends of the Earth (FOE) and Coal Action Network both renewed their calls today for Cumbria County Council to reject the prospective deep mine near Whitehaven after considering the amended application for the project during the summer months.

Anne Harris, from Coal Action Network, said: “This is a really significant decision. The UK government has finally acted on its own words regarding emissions and stopped a new opencast coal mine.”

FOE campaigner Estelle Worthington said the decision at Druridge Bay “sends a powerful message to Cumbria councillors ahead of next month’s crucial decision on the UK’s first new deep coal mine in three decades.”

Through the Highthorn scheme, Banks promised to create 100 much-needed jobs and restoration of the 250-hectare area’s protected landscape.

The firm – the only one of its kind in England staking out the final battle for new surface mines – claims 250 jobs could be at risk, as its North-East sites cease production.

A series of job loss consultations had been initiated by the company before this week’s decision.

It has also exposed an unlikely new rift in the Conservative Party – with newly-elected MPs in ‘Red Wall’ seats largely backing Highthorn, while other Tory MPs have sought to uphold Theresa May’s ‘green legacy’, which includes the 2024 phase-out of coal-fired power stations and a 2050 carbon neutral deadline.

Newly-elected Tory MP for Blyth Valley, Ian Levy, called for the scheme’s approval in the Commons this summer.

But, the Tory MP for Berwick-upon-Tweed, Anne-Marie Trevellyan, in whose constituency the Highthorn application fell, has fiercely opposed the project for years.

She said today that the decision to reject the scheme was “incredibly welcome” – particularly for residents in the area “who have had the spectre of this proposition hanging over them for a number of years”.

Duncan Lawrence, owner of the Drift Cafe, which sits over an old mine shaft at the bay, has coordinated much of the local opposition campaign over the past 7 years.

He said: “It has been a long hard battle with Banks Mining. I have a lot of respect for the company and their workforce, but it is now time for them to move on and maybe concentrate on the renewable aspects of their business.

“This is the second time a Secretary of State has refused permission for Highthorn, it is now the end of the line for this application, Banks have run out of options.”

Gavin Styles, executive director at Banks Mining, said: “We are extremely disappointed that, more than four years after an independent planning inspector recommended that the Highthorn scheme should go ahead, the Secretary of State has once again chosen to go against this expert advice.

“We are grateful to the thousands of people and businesses who have given their backing to this project, including our colleagues and their families, our suppliers, customers and business associates, and the politicians who recognise the reasons why it is important for British industry to have a locally-based coal source.”

He added: “We will now review the precise reasons for this decision before agreeing on the most appropriate steps to take.”