The unionist case will led by Tories this time. 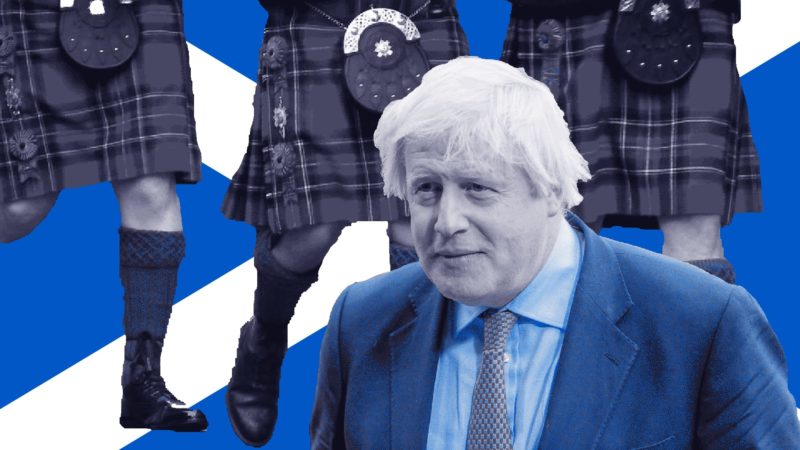 Another poll has shown another big lead for Scottish independence, and pointed to another majority for pro-independence parties in next year’s Scottish election.

Lots can change, but, with only six months to go until voting, these look less like blips and more like trends.

Even if we assume the UK Government would allow a referendum, it is likely to be at least two or three years away, with Nicola Sturgeon stressing that it would be after the current crisis has passed and rebuilding has begun

If such a vote happens, it would be in a very different Scotland from the one that voted in 2014. Here are some of the big challenges and unknowns that will affect each side.

1. The economic case needs to be rebuilt

Polling shows that 75% of Scots would vote Yes if they felt it would benefit the economy. Polls generally show that opposition to independence is rooted in economic concerns rather than political ones. 2014’s Yes vision was based on high oil prices and public spending. Any new prospectus is unlikely to be so optimistic. In 2018 the Scottish Government’s Growth Commission published a more austere case, but can a more conservative vision win over ‘middle Scotland’ while keeping 2014 supporters on board?

Brexit has made a shared currency far harder. However, polls show it’s the most popular option. If a new Scottish currency is to be the SNP policy then the groundwork will take time. It may seem like scaremongering, but a currency change could affect every pension, mortgage and savings account in the country. Polling from Scotland in Union suggests that without the pound the Union is back in the lead. In effect, fighting a referendum on the basis of a new currency is like fighting two simultaneous referendums.

3. Would Scotland prioritise the UK or EU?

What relationship would an independent Scotland have with the UK? Any future referendum will take place after Brexit has been embedded, so, in the event of a Yes vote, Scotland would likely spend at least some time outside both the Union and the EU. What happens when the two come into conflict? With the possibility of a hard border, would independent Scotland opt for prioritising a trade deal or rejoining the EU?

4. How will the UK respond?

If 2014’s big threat was the refusal to share the pound, then Westminster is likely to focus on tariffs and regulations. It’s not a great advert for the Union if the bigger party is happy to threaten smaller ones for considering leaving, but that doesn’t mean it won’t be taken seriously. Would a Tory-governed UK refrain from such threats? How would Scots respond to the threat of trade barriers?

Four challenges for the Union.

1. The democratic deficit has got worse.

2019 saw a Boris Johnson-led Tory government elected with only 25% of votes in Scotland. It is the 14th Tory government since 1955 to have received a minority of Scottish seats, and is implementing a Brexit policy that two thirds of Scots rejected. With claims that the new internal market legislation undermines devolution, the 2014 rhetoric about Scotland leading the UK looks increasingly dated.

2. It will be a Tory campaign

With an 80-strong majority, Boris Johnson and his colleagues could be in office for years. With a Tory majority in Westminster and a Tory opposition in Holyrood, the next pro-union campaign will likely be led by Tories, funded by Tories and arguing for continued Tory rule. It’s hard to see a credible non-Tory figurehead that can play the Alasdair Darling/Gordon Brown role of 2014. These tensions will only be exacerbated with Johnson still in charge.

3. What is the positive case?

It’s not just that support for independence is growing. Support for the Union is also falling. In 2014 the Union was presented as a source of financial stability that could give more powers to Holyrood and keep Scotland in Europe. Those claims will be harder to justify. Despite some talk of more power for devolved governments, there is little demand for ‘devo-max’ and no appetite for further constitutional wrangling across the UK.

The economic case for independence may need revision, but threats of economic woe may not have the same impact as 2014. Many of the 2014 promises feel less robust, and (although the concepts are very different) 2016’s Brexit vote showed that conventional economic arguments from establishment voices are not enough. With support for independence hardening, will supporters respond well to another round of ‘Project Fear’?

1. The fallout of COVID

The aftermath of COVID will likely see unemployment rise and whole industries left to suffer. Will that make independence a greater priority, or will it make it an unnecessary distraction and risk?

2. How linked is independence to Nicola Sturgeon?

Scotland’s First Minister is the most popular politician in the country. Her ratings are soaring, but she could find herself making unpopular decisions to balance the books following the pandemic. If that happened, would it impact independence polling?

The ongoing Alex Salmond saga is unlikely to pose a direct threat, but could that, or another unknown factor, remove the shine from her leadership? Would that impact on support?

Despite the polls, it is unlikely that either side would want a referendum with this backdrop. But, with the strands that held the union together unravelling, it looks increasingly like it is something they’ll get.