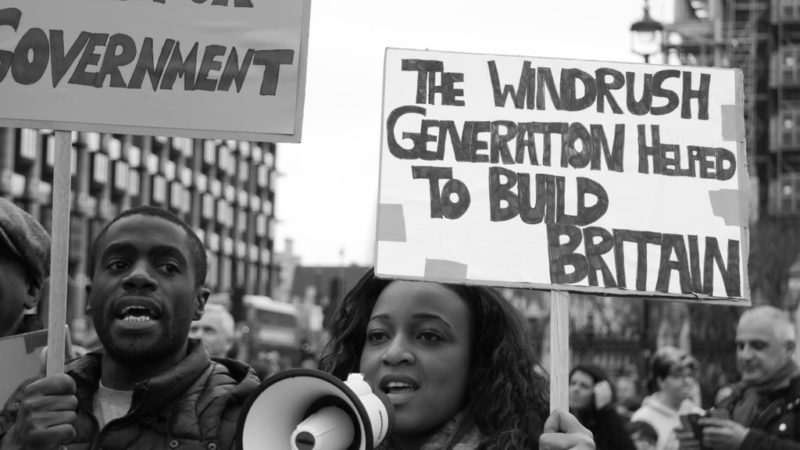 A new report from the Home Office has revealed that 168 Windrush victims have so far been paid an average of just £7,738.

For context, the couple who were wrongly arrested over the Gatwick drone incident got £200,000.

Understandably, many Windrush victims are pushing for more. While £1.2m in compensation has been offered, the Home Office says a further £1.3m is “awaiting acceptance or subject to a review request”.

This means that, eight years after the ‘hostile environment’ policy began and three years after it made the front pages, just £2.5m has been offered in compensation.

Given thousands of landing cards were destroyed, over 850 people were wrongfully locked up and over 1,500 people have claimed compensation, £2.5m is not a lot.

In fact, here’s 7 unnecessary things the government has spent far more money on.

The government is spending £120m on a festival in 2022, designed to heal the country’s divisions after Brexit.

The UK and Scottish governments gave £110m of taxpayer’s cash to Serco to upgrade its sleeper trains between London and Scotland.

Serco only had to pay £40m. The trains were built in Spain and have frequently broken down, leaving passengers stranded hours away from their destination in the middle of the night.

3. ‘Green’ tech which environmentalists and scientists think is a waste of time – £100m

According to the Times, Dominic Cummings pressured Rishi Sunak to devote £100m to researching ‘direct air capture’ – which is supposed to suck carbon out of the air.

Scientists called it a “costly distraction” and Friends of the Earth said it was “ridiculous” and “speculative”.

Every year, the UK gives private companies around £100m to lock up migrants, who have not seen a judge or jury, who have commited no crime and who are often later released.

Harry and Megan’s big do cost the taxpayer at least £24m in policing and security costs. Republican campaigners said their family should pay for it.

Then Transport Secretary Chris Grayling paid £14m to Seaborne Freight, a firm with no ships, to handle imports in the event of a no-deal Brexit.

He paid a further £1m to consultants on the contract, which was later cancelled. He spent £50m cancelling other shipping contracts and £33m in compensation to Eurotunnel for bungling procurement procedures.