Serco only had to pay £40m for their upgrade 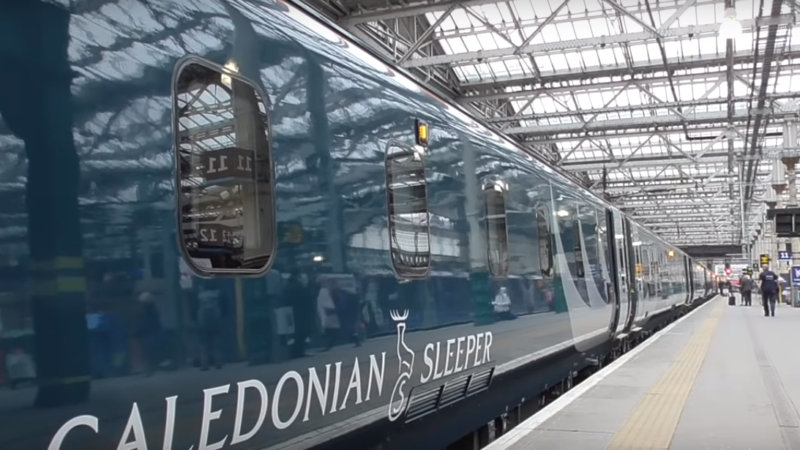 The UK and Scottish governments have been criticised for spending £110m of taxpayer’s money on upgrading a private company’s trains.

Unlike the previous ones, these trains are equipped with wifi, double beds and ensuite bathrooms

Ellen Lees, Campaigns Officer at We Own It said: “That the new luxury sleeper trains have received over £110m in funding from both the UK and Scottish governments shows just how farcical rail privatisation has become.”

“Private rail operators are propped up by government subsidy in order to make the investment our railways so desperately need. All the while, they’re raking in massive profits and funnelling away cash to shareholders.”

“Trains like these have the potential to get people out of planes and cars, but we can’t get the network we need without public ownership.

It’s high time we ended this corporate subsidisation and brought our railways into public ownership, so they can benefit everyone, not just the shareholders.”

The TSSA transport union has also criticised the subsidies given to Serco as well as the decision to hand the contract to Serco in the first place.

In 2014, TSSA general secretary Manuel Cortes said: “Quite frankly, with their appalling list of failures in the UK and globally they should never have even been considered as contenders for the Scottish sleeper service. The logical option of public ownership was not even looked at.”

Commenting on this story, a Serco spokesman said: “The new £150m Caledonian Sleeper fleet is set to transform rail travel and the reality is it would not exist without private sector investment.”

“We were delighted to receive additional funding of £60m from the UK Government and Scottish Ministers to support the build and rollout of these trains, with the balance funded by Serco and our finance partner.”

While this Serco spokesman claimed the company has received just £60m from the UK and Scottish governments together, this figure is contradicted by other sources which put this figure at £110m.

The Caledonian Sleeper website says it received a £60m capital grant from Scottish ministers and the UK’s Scottish Secretary David Mundell is quoted in The Northern Echo as saying the UK government has invested £50m in the fleet.

When asked to explain these contradictions, the Serco spokesperson did not reply.