XR rise the stakes as the Climate and Ecological Emergency Bill starts its journey through parliament. 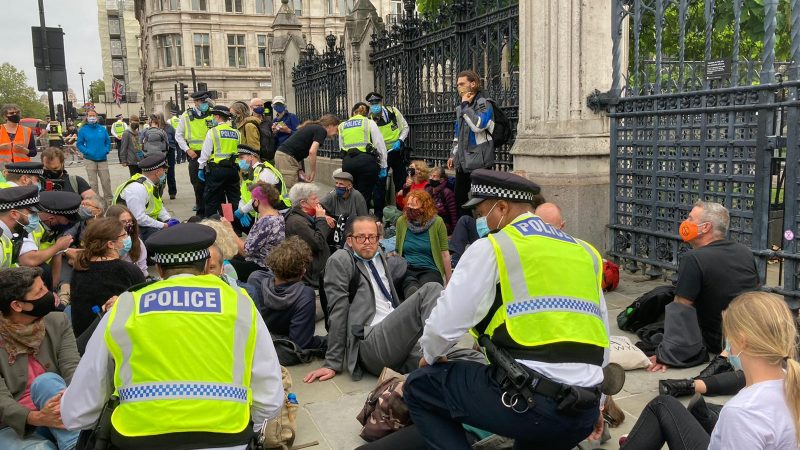 As MPs arrived at Parliament this morning they were met by Extinction Rebellion groups sitting in the entrances.

The escalation of disruption followed the tabling of the Climate and Ecological Emergency Bill on Tuesday when the bill was put forward by Caroline Lucas MP.

“If politicians won’t take this crisis seriously then we must prevent them from causing more harm.

Over a year on from Parliament’s declaration of a climate and environment emergency the government’s own advisors have said they are neglecting their own inadequate targets, with only four of 21 indicators on track and only two of 31 milestones reached.

We will not be bystanders.”

“Obviously many of us agree with their message and their aims – ordinary people around the World feel incredibly frustrated and seriously concerned about the lack of political urgency when it comes to tackling our climate emergency. But it is important to strike a balance between peaceful protest and disruptive action which interrupts people’s daily lives to the point of alienating them from the message.”

“We are aware of an incident on the Parliamentary Estate which is being attended by Police and Security Staff.”

They referred any further questions to Metropolitan Police. We have sent a request for comment.

Emma Burnell is a Freelance Journalist and Consultant.