Patriotism has be more than simply pitching to the right of Jeremy Corbyn, writes Maheen Behrana. 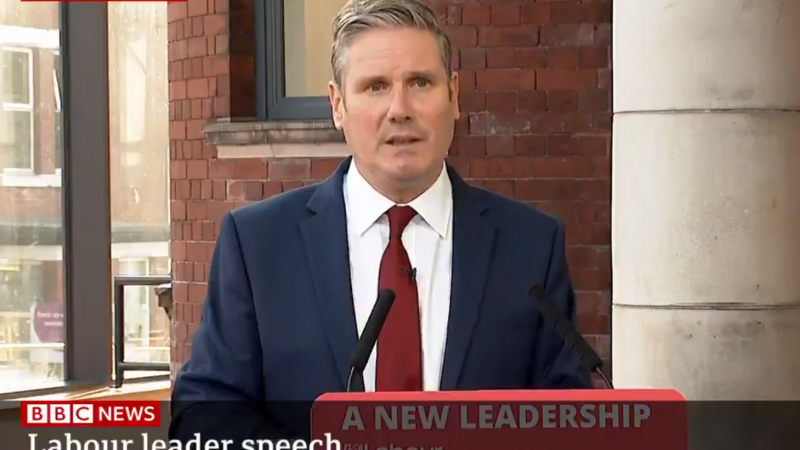 Having previously called for the Labour Party to be ‘proud to be patriotic’, Starmer emphasised this sentiment at the conference last year.

Clearly, patriotism is important for the British public. A YouGov poll from June found that 67% of Brits identified as being patriotic. The image problems that dogged Corbyn in those fateful pre-election months often centred around a perceived lack of patriotism. Incidences of him not singing the national anthem, or expressing his republican ideals have often been the subjects of furious debate.

And while these undoubtedly may be overblown, perceptions of Corbyn as unpatriotic may have played a significant role in the problems he had connecting with the electorate, particularly those in so-called Red Wall former Labour heartlands.

But what exactly patriotism means is difficult to define. Few would say that the national anthem is at the core of being British. Yet to talk of patriotism will undeniably conjure up images of flag-waving and song-singing – the very sort that was so hotly debated in the recent (fabricated) spat over whether Rule, Britannia! was to be sung at the Proms.

There’s also a sense that patriotism in Britain may be taking more of a turn towards more reactionary nationalism. With August bringing news of large numbers of refugees attempting ‘illegal’ crossings of the English Channel, public opinion seemed to largely align with that of the home secretary. Seventy-one percent of Brits said that it was acceptable for the Royal Navy to patrol the border in the Channel to prevent refugee crossings, despite the warnings that such a policy would lead to more people drowning.

Instead of fighting for the rights of those attempting Channel crossings, Starmer instead criticised the government’s ‘incompetence’ in handling the situation. Though Labour’s official policy on refugees champions migrant rights and free movement, Starmer’s failure to condemn Priti Patel’s stance suggests that he at the very least feels that sticking to party policy here will make him appear to lack patriotism, thus diminishing his electability.

This comes back to the thorny question of what we perceive patriotism to be. Starmer’s conference speech certainly contained exhortations to community collectiveness and justice as well as national pride. When he talked of British history and the things he owed to this country, he foregrounded prominent left-wing and liberal advances – the creation of the NHS, the Good Friday Agreement, the introduction of the minimum wage. Starmer’s emphasis on these things certainly suggests a kind of progressive patriotism, which centres around liberal values and fairness.

But the closing note of Starmer’s speech – echoed in the subsequent Party Political Broadcast – implies something else. He urges people to reconsider the Labour party: “Take another look at Labour. We’re under new leadership. We love this country as you do.”

These words are not simply an appeal to patriotism – they signal that Starmer is choosing to distance himself from Corbyn precisely by depicting his predecessor as unpatriotic. This may chime well with former Red Wall voters (and certainly with the tabloid media), but it undermines the idea that radical left-wing thinking can be patriotic in and of itself.

For too long, patriotism and national symbols have been conflated. A progressive patriotism is in fact all those things Starmer discussed in his speech and more. It is a constant belief that one’s nation can and should put fairness, justice, and collective consciousness above all. It should encourage people to see that a better future does not come from closing off borders, but from closing off opportunities for big corporations and wealthy elites to avoid taxation and impoverish this country in the process.

Starmer’s patriotism will not be worth much if he doesn’t embody these tenets. If he seeks to please the tabloids by appeasing big corporations (Lisa Nandy has suggested Starmer may renege on his promise to raise corporation tax), then he’ll simply become a pale imitation of the Tories he purports to oppose.

If that is the case, we might as well go back to the terrible days of ‘controls on immigration’ mugs and be done with it.