'Activists remain determined to take action until there is no place for a company developing and selling their weapons off the deaths of so many Palestinians.' 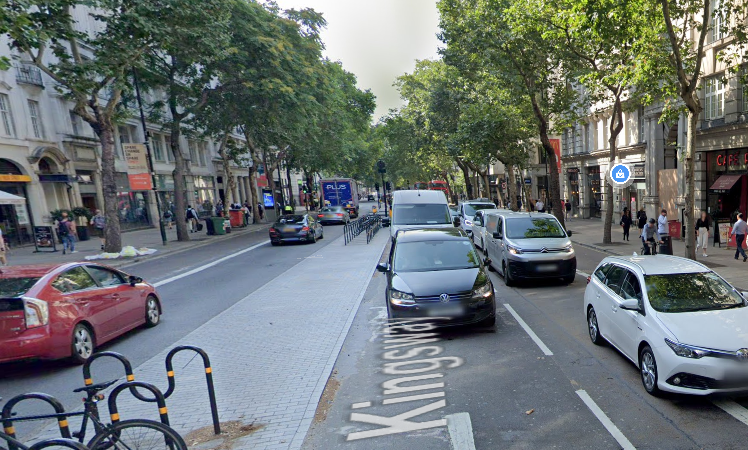 Four Palestine Action activists have been arrested at a mass protest in London as part of the group’s efforts to shut down Israel’s largest arms manufacturer, Elbit Systems.

The protest took place at the manufacturer’s London office on Kingsway Road, near Holborn, on Friday 4 September. Red paint was splashed along the entrance to the office and protesters gathered on both sides of the street and the central reservation.

The Metropolitan police has confirmed to LFF that four people were arrested on Friday.

A spokesperson said: “Police were called to reports of a group of around 60 people conducting an unplanned protest at Kingsway in Holborn at 10:57hrs on Friday, 4 September.

“Protesters were in possession of a ladder, wood and glue. Four people were arrested for burglary and criminal damage related offences. There were no reports of injuries. All protesters left the scene by 16:00hrs.”

A report from Palestine Action said: “There was lots of support from passing traffic and members of the public who had no idea an Israeli arms manufacturer was housed in the office.

“Activists remain determined to take action until there is no place for a company developing and selling their weapons off the deaths of so many Palestinians.”

Elbit supplied 85 percent of the drones used in the invasion of Gaza in 2014, where over 2200 Palestinians, 500 of them children, were killed in only 50 days. The manufacturer has ten sites across the UK.

Palestine Action is focusing on targeting all of these sites until they are shut down.

Palestine Action, which launched just over a month ago, is a new direct action network.

It has already targeted several Elbit sites across the country and mobilised activists in their fight to shut it down.

The group has targeted the Elbit office in London five times before, including storming the office, spray painting messages inside and outside, and covering the office with red paint which symbolises Palestinian blood.