"The Foreign Secretary can – and must – lead the charge to forge a path towards the Uighurs freedom.” 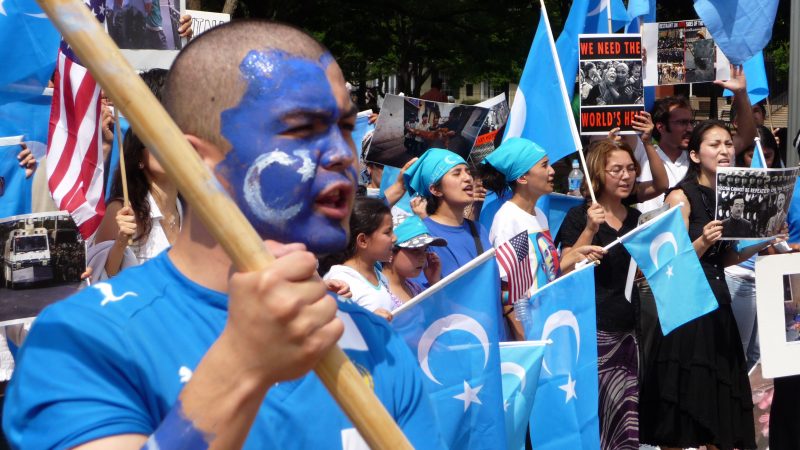 MPs are calling on the Foreign Secretary to lead an international effort to liberate the persecuted Uighur Muslim minority living in China.

Over 1 million Uighur and other Turkic Muslims are now thought to be forcibly detained by the Chinese Government at internment camps in Xinjiang province in Western China.

Alongside the mounting global outrage at the authoritarian actions of the ruling Chinese Communist Party and the superpower’s President, Xi Jinping, 140 MPs and peers are calling for “robust and decisive action” from the UK Government and wider international community.

Labour MP Shabana Mahmood will lead a Commons debate on Wednesday on the issues facing the Uighur population, where she will highlight the swelling “litany of evidence” against the Chinese state in a bid to galvanise action to bring an end to the human rights abuses.

As part of the debate, Mahmood will draw fresh parallels between the global response to the plight of the Rohingya population in Myanmar and raise questions as to why similar efforts are not yet being mounted on behalf of the Uighur Muslims in Xinjiang.

Ahead of the debate, Labour MP for Birmingham Ladywood, Shabana Mahmood, said:

“Countless Uighur and other Turkic Muslims are living day after day in a cycle of deathly fear. In fact, “living” is probably the wrong word – for many Uighurs, survival has become their watchword.

“The incarceration and systemic abuse the Uighur population in Xinjiang is facing has all the hallmarks of heading towards becoming the single biggest genocide since the Second World War.

“While the options for action may be limited, that does not mean we should follow a path of inaction. The UK Government has bared its teeth as democracy is dismantled at pace in Hong Kong. The Foreign Secretary can – and must – lead the charge to forge a path towards the Uighurs freedom.”

Siobhain McDonagh MP added: “This is a systematic and calculated programme of ethnic cleansing against the Uyghur people. Condemning it is one thing, taking action against a world super power is another. When the world is presented with such overwhelming evidence of gross human rights abuses, nobody can turn a blind eye. Because this time no one can say they didn’t know.”

An open letter signed by 140 MPs and peers to the Chinese Embassy today states:

“We are writing to express our extreme concern at the treatment of the Uighur people in Xinjiang. We understand that approximately one million people have been detained and held in detention camps. Those who have escaped give horrifying testimony of religious persecution, physical abuse and torture.

“Sickening footage was shown to you on the BBC’s Andrew Marr Show in July of a large number of people blindfolded, kneeling and shaven, waiting to be loaded on to trains. The similarities between this video and historical footage of Nazi concentration camps are truly chilling.

“Your interview followed further shocking accusations that the Chinese Government is actively pursuing a policy to reduce the Uighur population with Uighur women facing forced sterilisation, forced abortion and the forced removal of their wombs. It has even been reported that birth rates have fallen by 60% in some Uighur areas.

“The Chinese Government’s actions must be stated for what they are: a systematic and calculated programme of ethnic cleansing against the Uighur people. When the world is presented with such overwhelming evidence of gross human rights abuses, nobody can turn a blind eye. We as Parliamentarians in the United Kingdom write to express our absolute condemnation of this oppression and call for it to end immediately.”