The US regards the UK as a "higher risk jurisdiction" on money laundering. 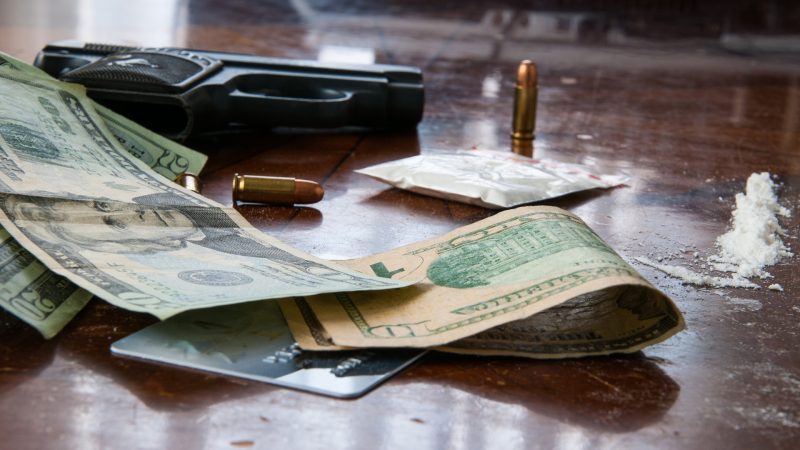 For more than half a century, the finance industry has been the epicentre of global corruption and malpractices.

Banks have rigged interest rates and exchange rates. They have engaged in frauds, tax avoidance and money laundering, and mis-sold numerous financial products.

The latest evidence is provided by leaks relating to 2,100 suspicious activity reports (SARs) filed by banks with the US government’s Financial Crimes Enforcement Network (FinCEN).

The documents show that more than $2 trillion of potentially corrupt transactions passed through the books of global banks, including JPMorgan, HSBC, Barclays, Standard Chartered Bank, Deutsche Bank and Bank of New York Mellon. All have previously been fined for shortcomings in dealing with money laundering.

The money was moved through shell companies, often registered in secretive offshore tax havens. Entities registered in the US, Cyprus, Hong Kong, the United Arab Emirates, Russia and Switzerland were also used. The FinCEN leaks refer to the UK as a “higher risk jurisdiction”. Over 3,000 UK-registered companies are named in the reports, more than any other country

Banks are required to make extensive checks known as ‘know your customer’ (KYC) rules before opening accounts for customers. Despite the laws, the International Consortium of Investigative Journalists (ICIJ) analysis of the FinCEN files shows that banks regularly processed transactions to companies registered in so-called secrecy jurisdictions and did so without knowing the ultimate owner of the account.

The case of HSBC shows that banks rarely learn any lessons from their past misdemeanours. In 2012, a US Senate Committee report identified numerous anti money laundering failures by HSBC and its subsidiaries, including a failure to monitor $60 trillion in wire transfer and account activity.

HSBC was fined $1.9bn and the US Department of Justice said “HSBC is being held accountable for stunning failures of oversight – and worse – that led the bank to permit narcotics traffickers and others to launder hundreds of millions of dollars through HSBC subsidiaries, and to facilitate hundreds of millions more in transactions with sanctioned countries”.

A criminal prosecution loomed and could have closed the bank. As part of a Deferred Prosecution Agreement, HSBC admitted that it had helped dirty money to flow through its branches. The bank was put on five year probation under the supervision of New York state financial crimes prosecutor, Michael Cherkasky.

HSBC is headquartered in the UK. The US revelations should have prompted UK regulators to mount an inquiry, but they did not do so. Instead, the then Chancellor George Osborne secretly wrote to the US authorities and urged them not to prosecute HSBC as the bank was somehow too big to fail.

The silence of the regulators and protection from politicians erodes incentives to curb anti-social practices. After scrutiny of the FinCEN leaks, the ICIJ alleges that “HSBC continued to provide banking services to alleged criminals, Ponzi schemers, shell companies tied to looted government funds and financial go-betweens for drug traffickers. This occurred even while the bank was on probation and under Cherkasky’s scrutiny”.

The financial flows require active co-operation of lawyers, accountants, banks and financial experts. A recent report by the UK Parliament’s Intelligence and Security Committee stated that the flow of dirty money through the financial system poses a threat to national security. There is an urgent need to shackle footloose finance.

Banks have little, if any, economic incentive to behave honourably. Profits from illicit practices boost share price, dividends and executive pay. Fines become part of business costs and are passed on to customers in higher charges.

If banks fall on hard times, central banks bail them out. It is a win-win situation as directors rarely bear any personal cost. Shareholders happily collect returns and do not directly bear the cost of misdemeanours. Social irresponsibility reigns supreme.

It is customary to protect people from dangerous dogs by caging them. The same logic must also apply to footloose finance which threatens society. Banks must not be permitted to move large amounts of money without the express agreement of regulators.

The ‘too big to fail’ syndrome needs to tackled by breaking up banks so that the closure of corrupt institutions causes less economic turbulence. Directors of such institutions need to be prosecuted and held personally accountable.

A complete overhaul of UK’s regulatory architecture is needed to ensure that ministers cannot stymie investigations and prosecutions. One set of proposals is that regulators should report directly to parliamentary committees.

Too many regulators sympathise with the industry instead of protecting the people. To check this cognitive capture, regulators need to be overseen by a Supervisory Board consisting of diverse stakeholders.

The UK has 25 overlapping anti-money laundering regulators, which includes trade associations representing accountants, lawyers and financial experts. This needs to be replaced by a single independent body with some teeth.

When questioned by the BBC about its alleged money laundering failures, HSBC said: “Starting in 2012, HSBC embarked on a multi-year journey to overhaul its ability to combat financial crime across more than 60 jurisdictions… HSBC is a much safer institution than it was in 2012.”

Prem Sikka is a Professor of Accounting at the University of Sheffield. He tweets here.