The party must update its policies on global threats, writes Kate Hudson. 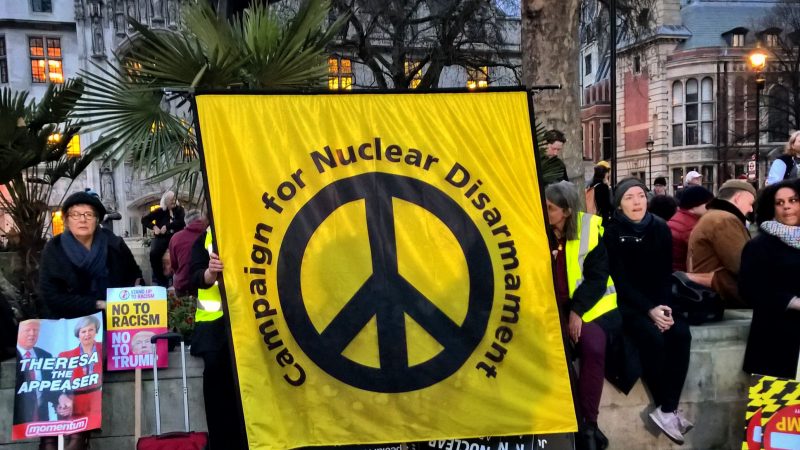 This year’s virtual Labour conference majors on post-virus rebuilding across British society and economy. The international arena gets a brief airing on Tuesday, badged as the rather nebulous In defence of a global good. It situates Britain’s potential as a force for good in the world, in the context of international aid and development.

While this is undoubtedly important, it bypasses crucial international issues at a time of increasing global disorder and the breaking down of the international rules-based system, driven by Britain’s number one ally in the White House. Much as we may have criticisms of the global order as we have known it over the years, in the current context its dismantling is likely to take us to a far worse place. There is far more at stake internationally than is implied by this conference discussion.

In fact, it is widely acknowledged that the global situation is more dangerous than it has ever been. The distinguished US Bulletin of the Atomic Scientists, this year placed the hands on the infamous Doomsday Clock at 100 seconds to Midnight, the closest they have ever been to a man-made global catastrophe. Their assessment is based on two simultaneous existential dangers—nuclear war and climate change. Where is the Labour Party on these two mega-challenges?

Monday’s debate on Labour’s Plan for a Green Recovery recognises that we are living through a global climate and nature emergency. Labour has called for the UK to implement the most ambitious Green Recovery programme in the world but what, the conference programme asks, should this look like? Given the urgency of the situation surely Labour should be a bit further advanced with the planning – but at least they are engaging with the issue. The other great existential threat – nuclear war – does not get a mention and neither does the not-unrelated question of Britain’s own nuclear weapons.

On one level it’s not surprising. Labour policy for most of the post-Hiroshima era has backed British nuclear weapons, including the ongoing replacement of the Trident system with a £205 billion price tag. There are many reasons for this – none of them good. Over the past few years it’s become a patriotic loyalty test to insist that you would press the nuclear button. And for Labour it seems that backing the ‘deterrent’ is a way of showing they’re not soft on defence – a perennial Tory accusation. Status is an oft-mentioned factor too, not least according to Tony Blair.

But at some point policies have to be based on what the country actually needs, not on a game of bluff with weapons of mass destruction.

Covid shows us all what real security is and what we need to survive and live decent lives: investment in the health service, in social care, in housing, transport, employment, fair pay for what we now recognise are essential workers. Nuclear weapons do not enter into it.

What we can never forgive the government for is knowing for years that pandemics were a tier one security threat – and nuclear weapons a tier two threat, but throwing our money at Trident replacement and leaving our health service chronically underfunded.

The danger with regard to Labour is that it will do the same thing: stick with nuclear weapons because they are also unable to break away from cold war dogmas and address the security needs of the 21st century.

If the Labour leadership decided to review its policy it would have massive support within the Labour party.  A recent Labour List poll of readers’ views on 2019 manifesto policies showed that only 12.3% supported renewing Trident. In the covid context, a change of policy would receive much support from across the country too.

If we are to survive as a planet – as humanity – then new thinking is called for. As is often now said, we cannot go back to ‘normal’ because ‘normal’ was the problem. This applies to nuclear weapons as much as it applies to the climate crisis, agribusiness, the destruction of nature, poverty, discrimination and inequality.

It’s time for Labour to apply new thinking to our security too.