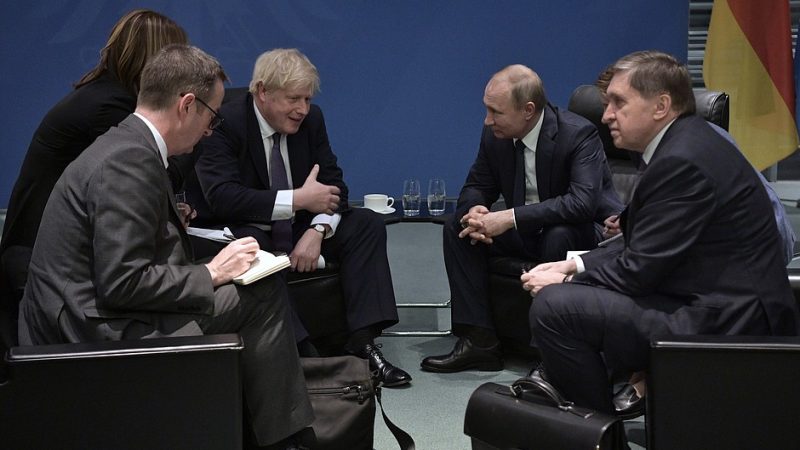 The UK’s relationship with Russia has taken on a new and changed dynamic in recent years. While Russia has long posed a geopolitical challenge, it is now clearer than ever that it also poses a threat to the integrity of our democracy at home.

Over the last twelve months, we have seen deeply concerning reports of Russian bounties being placed on British troops in Afghanistan, the poisoning of prominent Russian opposition activist Alexei Navalny with the nerve agent Novichok, unrest in neighbouring Belarus, and the long-delayed publication of the Intelligence and Security Committee’s report in to Russian interference in UK democracy that highlighted the scale of the risk these escalating behaviours posed domestically.

Labour’s new leadership has been at the forefront in demanding that the UK takes the ongoing Russian threat seriously, to defend our national security at home and uphold our democratic values around the world.

Some action has been taken by the Government to mitigate these threats. Just before summer, the UK’s first post-Brexit sanctions regime was unveiled. It targeted a raft of individuals involved in human rights abuses, including Russian officials involved in the brutal murder of Sergei Magnitsky.

Labour welcomed these measures as a necessary and important step; but they do not go anywhere near far enough. Unlike our allies and partners, such as the United States and Canada, the new regulations have failed to cover the issue which is arguably at the heart of our security weakness against Russia – corruption and dirty money.

The Russia Report was damning in describing the depths the UK has fallen in terms of handling dirty money, with London now being described as a “laundromat” for corrupt elites. The report laid bare the billions of pounds of corrupt money that pass through our country, utilising loopholes and light-touch regulations and a government that has turned a blind eye. These are deep systemic failings in the government’s approach to our security.

As soon as the report was published, I wrote to the Government to demand swift and comprehensive action to plug this gap, clear London and the rest of the UK of this dirty money and shore up our national security. Months on, we are still waiting for an adequate response.

These calls have become even more urgent in the wake of the FinCEN leaks in recent weeks. The alarming allegations in these leaks cover an astonishing $2trillion of funds transferred through a series of American and British banks over an almost 20-year period.

Among the headline accusations are suggestions that Barclays’ was used to avoid sanctions by one of Vladimir Putin’s closest associates [Barclays says it followed the law], and the allegation that the husband of a donor – who has given £1.7m to the Conservative Party – was secretly funded to the tune of $8m by a Russian oligarch with close ties to President Putin. The apparent result of this donation? Access to a Conservative Party “ladies night” attended by former Prime Minister Theresa May.

These alleged links between Putin associates and the Conservative Party weaken our national security at a precarious and uncertain time internationally. But sadly they are not surprising.

There are regular allegations that members of the House of Lords are indirectly paid or supported by Russia or other nations which seek to undermine our national security. It is hard to overstate how inappropriate and worrying this is for our national security and for the integrity of our democracy.

We have again called for urgent and comprehensive action in the wake of the FinCEN leaks, and we will keep up the pressure on the Government until they act.  The UK’s position as a global financial centre gives us major strengths as a country but it also imposes special responsibilities to ensure that we are not used as a mechanism for laundering illicit funds.

The Russia Report was warning enough. We have the tools at our disposal, but we need the political leadership to tackle this growing problem, clean up our financial sector and safeguard our national security.

During his speech to members Keir Starmer was clear; Labour values are British values. We will always be a proudly internationalist party that understands it is never in our national interest to retreat from the world stage, and nowhere is that more important than in the defence of our values.

We need to have confidence in this Government’s handling of our relationship with Russia and their approach to national security. Labour has called for action, and we will continue calling for action until it happens.

Catherine West is the Labour MP for Hornsey and Wood Green

Editor’s note: An earlier version of this piece mistakenly omitted the final paragraphs.