The department is dominated by white men. 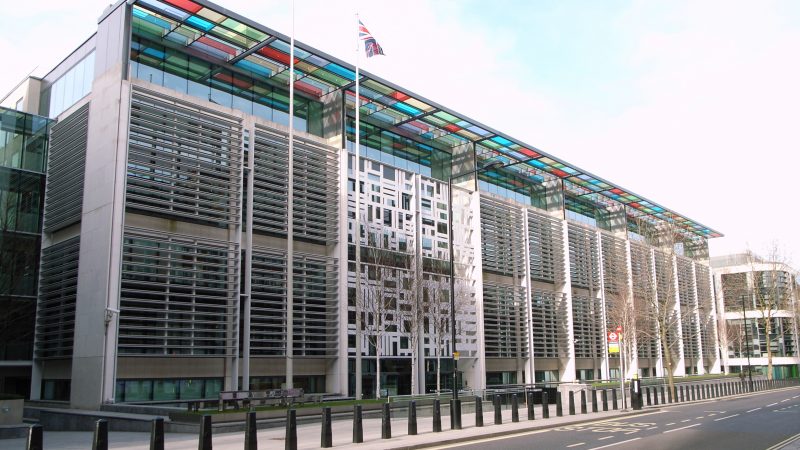 A cross-party group of MPs has said that the Home Office’s “significant lack of diversity at senior levels” gives it “blind spots” that lead to scandals like Windrush.

The Public Accounts Committee went on to say that the department must become more diverse to “reduce the likelihood of another Windrush-type scandal in the future”.

So we’ve decided to take a look at who calls the shots at the Home Office. There is no suggestion of wrongdoing by any of these individuals but, as the report implied, our research suggests the department is dominated by white men.

The exception of course, is Priti Patel, a child of Indian-Ugandan immigrants who is the department’s front-woman and (at least on paper) in charge.

It should also be noted that this lack of diversity is not unique to the Home Office. The latest figures show that just 6% of senior civil servants are from an ethnic minority background, compared to 13% of the working population.

After Patel, Permament Secretary Mark Sedwill is the most powerful person in the department.

Dunn is Sedwill’s second-in-command, after briefly heading the department after Philip Rutnam’s resignation.

Hepple is the Director-General of Enforcement. His offical biography says his role is to “reduce immigration abuse and maximise compliance with the immigration law”.

Montgomery is a former Admiral and is now in charge of Border Force. The Home Office says he’s responsible for “protecting the country from illegal immigration”.

The Director-General of Immigration Enforcement is “responsible for protecting the public by removing immigration offenders”. Ind’s background is in the Home Office.

A former Metropolitan Police officer, Eastaugh is in charge of operations at Immigration Enforcement, working under Ind.

As ‘Director of Strategy, Transformation and Partnerships’ at Immigration Enforcement, Kershaw is responsible for “the management of the detention estate, and its future shape and size” and for “work across Whitehall and beyond to deny access to services and benefits to those not entitled to them”.

Williams is in charge of policy and strategy across the Home Office’s immigration bodies.

We couldn’t find photos of Philip Duffy, Chief Operating Officer of Border Force. Or of Ian Martin, who “leads on asylum operations” or David Wood, a former police officer tasked with “the deportation of foreign offenders ensuring that those who have no right to be in the UK do not remain”.