The pandemic has cost jobs - green investment can replace them. 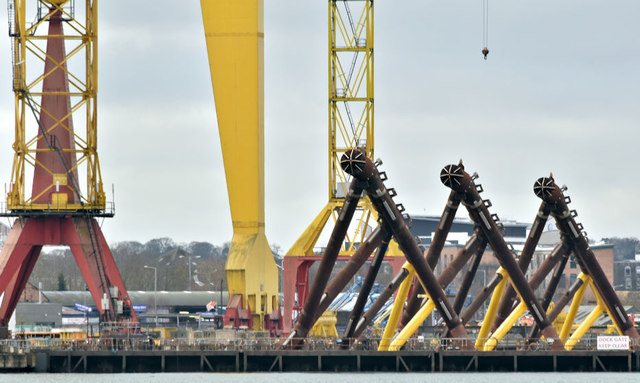 The United Kingdom is facing a jobs massacre that could well be worse than Margaret Thatcher’s reign of wanton industrial vandalism back in the 1980s.

Hundreds of thousands of jobs have already been lost. Unemployment is set to climb to 10% by the new year.  The young will be the hardest hit – with one third of all 18 to 24-year olds having been furloughed or made redundant since the pandemic began. Grim warnings have already been issued about a “lost generation”.

With the Government about to shove workers off a furlough cliff-edge, the worst is yet to come. The measures that Rishi Sunak has announced yesterday will do little to stop millions of people being plunged into economic ruin.

As a former regional secretary of the Unite trade union, I’m furious to see so many of the people I once represented facing life on the dole–many for the first time.

Every job lost is a tragedy, but I’m especially disturbed to see the manufacturing and aerospace industries impacted so badly. These high-skilled, well-paid and union organised jobs are all too rare in the modern economy and will not be easily recovered.

Throughout this health pandemic, the Labour Party has urged the Government to address the spiralling economic pandemic of unemployment.

As the dole queues grow the economy will shrink even further. I’ve been proud to sit on the green benches as the Shadow Chancellor takes Rishi Sunak to task over his failure to extend the furlough scheme or direct sector-specific support to the industries where it’s needed most. And it’s wholly appropriate that the issue of employment has taken centre stage at this year’s digital conference, Labour Connected.

But as we seek to stave off this impending catastrophe, many people in big business and on the Conservative benches would have us quietly side-line the issue of climate change. We won’t let that happen.

With wildfires tearing across the west coast of the United States, a million people – from Nigeria to Sudan to Senegal – affected by torrential flooding, and the Arctic ice sheet ‘in meltdown’, time is fast running out to address climate breakdown. What the country needs is a coherent and unified strategy that tackles the environmental and the economic meltdown. Its name is the Green Industrial Revolution.

In 2019, the Labour Party conference supported a motion calling for a Socialist Green New Deal, with the backing of the vast majority of conference delegates and six major trade unions. Just months later, a Green Industrial Revolution was the flagship policy of our election manifesto. We promised to create a million high-skilled jobs in every sector of the economy while taking radical action to reduce our carbon emissions.

We lost the election. But the Green Industrial Revolution continues to have wide-ranging public support – a fact recognised by the Chancellor of the Exchequer in his pledge to put green jobs at the heart of plans for an economic recovery.

We cannot trust a word this government says. It plays fast and loose with its pledges and Sunak will divert his real efforts into supporting his mega-rich mates. Which is why we must redouble our efforts to build a mighty campaign to push forward our Green Industrial Revolution.

This radical plan for ecological, economic and social justice moves beyond piecemeal policies to deal with short term issues. It outlines a broader strategy for economic growth that would transform every part of economic life: from energy production, to transport infrastructure, housing, agriculture and manufacturing.

Through massive investment in labour-intensive industries like green energy production and home insulation, this new industrial revolution could really kickstart the British economy and lead us out of the current crisis.

Across the world, Governments are waking up to the fact that the only way out of this recession is through massive public spending. The public mood has also shifted decisively behind greater state intervention.

And with inflation rates at record lows, there’s never been a better time for Governments to borrow to invest. By rebuilding the economy in this way, the oft repeated phrase of the doubters – “where will the money come from?” – is answered. A vibrant economy pays for itself.

The Shadow Chancellor pointed out this week that this jobs revolution is not only about hi-tech jobs in green energy and infrastructure. She was spot on. This plan reaches out into all sectors. Thousands of labour-intensive jobs in sectors like social care and across the hospitality industry will play a pivotal role in developing a green economy.

This is a game changer. For my constituency of Birkenhead, the relics of an industrial past stare out of the broken windows of derelict factories. A shipyard that was once the beating heart of the town is now on life support. The brooding spectre of a life on benefits haunts every estate and neighbourhood.

It need not be like this. The Green Industrial Revolution promises renewed investment in industry and manufacturing, new high-skilled jobs and apprenticeships, and end to thirty years of offshoring. It can breathe new life into my town and many other towns like it. And it can help in the the quest to end the climate crisis.

If Labour – as it must – can become the standard bearer for such a green transformation it can bring hope to millions and win back the supporters who deserted us last year.

Mick Whitley is the Labour MP for Birkenhead.