A think tank has warned three million jobs could go. 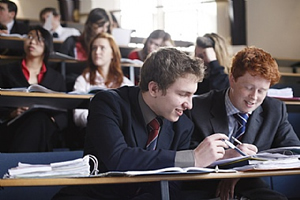 The vast majority of the UK’s teenagers are worried mass unemployment will make them a “lost generation”, a poll has found.

A poll commissioned by Samsung has found 81% of British teens are concerned about mass unemployment and 72% are worried they will end up a “lost generation”.

This follows news that unemployment has increased by 50,000 over the pandemic period.

Major employers like Marks and Spencers, Heathrow Airport, EasyJet, bus-builder Alexander Dennis and Pizza Express have all recently announced they are cutting, or considering cutting, jobs.

In July, the BBC reported that 1,000 people had applied for one job as a restaurant’s receptionist in Manchester.

More job losses are expected after the government’s furlough scheme ends on October 31. The IPPR think tank has warned up to three million jobs could be lost and one million of these will never return.