The SNP, Tories and Labour are all at it. 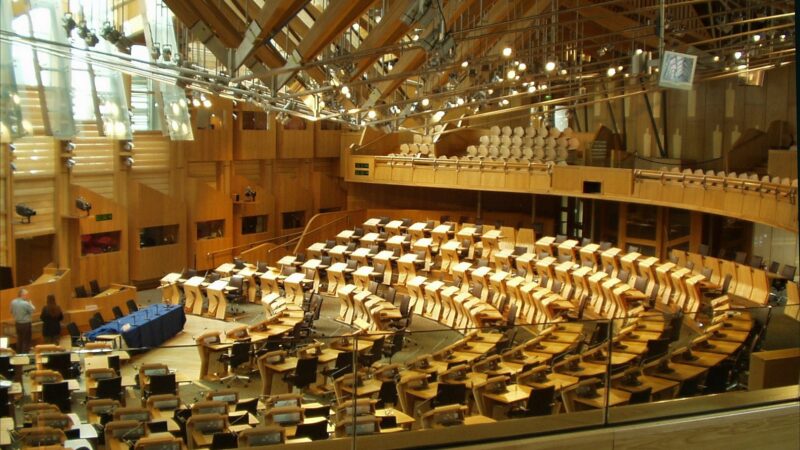 The former Scottish Tory leader, Jackson Carlaw, has never been a big fan of Boris Johnson.

When the now PM was foreign secretary Carlaw distanced himself from him and spoke of his “comfort” that it was Theresa May leading on Brexit rather than Johnson.

During the 2019 Tory leadership election he described himself as a “sceptic” of Johnson and went on to back his rival, Jeremy Hunt.

Last week Carlaw surprised almost everyone when he stood down as Scottish Tory leader after only five months in the job.

Carlaw said that the party needed a different leader to reach its potential. Downing Street’s response was unorthodox. With little in the way of sorrow, the PM described it as a “mark of his commitment to the cause that he chooses to stand aside at this time.”

Many smelt a rat. Tory Member of the Scottish Parliament (MSP) Michelle Ballantyne accused the Westminster party of “pushing” him.

Any suggestion that Carlaw had stood down off his own accord was vanquished a few hours later, when Sky News reported that he had been forced out for being unpopular.

Carlaw’s request was for it to look like a resignation, but that minor concession proved to be too much for his assassins.

The divisions within Scottish Labour are starting to look equally messy. The knives are clearly out for leader Richard Leonard, and the same polling that removed Carlaw suggests that Leonard faces similar problems.

With the pro-union parties engaging in very public bloodletting, you’d expect the SNP to do a victory lap and click their collective heels. However, a rule change by the party’s National Executive Committee (NEC) saw the political fate of Edinburgh South West MP Joanna Cherry wrestling the headlines from Carlaw and Leonard.

Cherry was one of two big-name candidates that planned to compete for the chance to be the SNP’s candidate for the Scottish Parliament seat of Edinburgh Central, which many expect to swing from the Tories to the SNP next May.

Her rival, the party’s former Westminster leader, Angus Roberson, is widely regarded as the leadership’s favourite. In contrast, Cherry has been critical of the party strategy on how to achieve independence, and is a strong opponent of the proposed update to the Gender Recognition Act.

The NEC reportedly decided that MPs should give up their Westminster seats, allowing a Holyrood by-election to take place on the same day. This would make their staff unemployed and risk making the MP jobless too.

The move, which would have seen Cherry resigning from Westminster ahead of the Holyrood election, was widely criticised. It was not only questioned by people that support Cherry, but also by many who don’t, but believe the move was undemocratic. The Constitution Secretary, Mike Russell, the Justice Secretary, Humza Yousaf and even Angus Roberson himself have distanced themselves from the decision.

The same NEC meeting also opted to block sitting MSP James Dornan from contesting his Cathcart seat by making the nomination process an all-woman shortlist. This followed Dornan’s previous announcement that he planned to leave parliament, a decision he reversed following the COVID outbreak.

The move was met with similar condemnation, with Dornan accusing a “small clique” of trying to “railroad” him. Unlike in Cherry’s case, this decision was reversed by the Party secretary.

Media talk of SNP ‘civil war’ has often been overstated, but the divisions displayed last week were real and visible for all to see. They add to a recent pattern of events that have seen a small group of senior MPs and grandees more publicly questioning and criticising the leadership.

Next month will see the start of Holyrood’s long-awaited review of the Scottish Government’s handling of allegations against former First Minister Alex Salmond.

The briefing from Salmond’s camp has made it clear that revenge is a priority. Last weekend, the Sunday Times reported that his forthcoming book about his recent trial will be released just ahead of next May’s election in order to ensure it has the ‘maximum impact.’ Of course, the only impact a book released at that time can have is to cost his former party votes.

There is another possibility, which is that Salmond plans to form his own party to contest the election. Last month, a poll sponsored by the controversial Wings Over Scotland website found that 26% of SNP voters consider themselves likely to give their regional/second vote to a Salmond-led vehicle.

Over recent months a spate of new pro-independence parties have launched. Despite their optimistic claims, none look remotely viable. On the other hand, a Salmond-led party that swallowed them up could be a different kettle of fish.

That said, it is important not to overstate the impact that splits in the SNP might have on next May’s election. No matter what happens, there is almost no chance of anyone other than the SNP coming first.

While infighting and splits may not endanger the likelihood of victory though, it could easily threaten the chances of a pro-independence majority being elected (particularly if these splits also impact on the pro-independence Scottish Green Party’s vote).

Regardless of these difficulties, Nicola Sturgeon has a big poll lead and sky-high personal ratings. She won’t want to swap places with Carlaw’s successor.

The Tories will certainly have their work cut-out, particularly if they opt for sitting MP Douglas Ross, who will be starting with a low profile and without a seat in Holyrood.

However, as recent days have shown, every party is capable of splits, divisions and landing self-inflicted blows. If the last week has been a long time in politics then the time between now and next May is a lifetime.

Andrew Smith is a human rights campaigner based in Glasgow.