Her colleague replied that she "doesn't know what she's talking about". 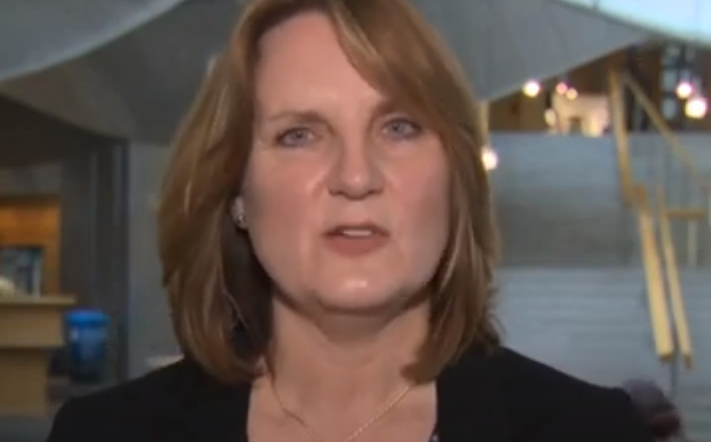 A leading Tory member of the Scottish Parliament has accused ‘Westminster’ of pushing out the Scottish party’s leader Jackson Carlaw, who resigned yesterday.

“I think he must have been pushed,” said MSP Michelle Ballantyne. “He was there in [the Scottish] parliament this afternoon. We got no warning. There was no conversation. We got a press release saying he was leaving. I’m sorry – he was pushed.”

When asked by BBC Scotland’s Nine programme who pushed him, she said: “Well the push has been coming from everywhere. But I suspect it was Westminster that pushed him.”

The interviewer said that meant Boris Johnson or maybe Dominic Cummings had pushed Carlaw and asked Ballantyne if she was happy with that.

She replied: “No…I’m happy he’s gone. I never thought he was the right person. The reality is I thought the party made a bad choice in making him leader.”

Ballantyne’s comments were criticised by her fellow Tory MSP Adam Tomkins. He said: “Michelle doesn’t know what she is talking about. The only thing that we need to remember about Michelle is she was beaten 75/25 in a two horse race by Jackson Carlaw only a few months ago. I’m afraid that Michelle doesn’t speak for the party. She speaks only for herself.”

The Scottish Conservative Party fared well in the 2017 election under Ruth Davidson. But she resigned as leader in 2019 – citing her support for Remain and family commitments.

Carlaw was her long-time deputy and her stand-in when she was on maternity leave during the 2019 election. He took over permanently in January 2020 after defeating Ballantyne in a leadership election.

The immediate favourite to take over from Carlaw is Douglas Ross, a member of the Westminster Parliament for Moray.

Ross is best-known for being a football referee, resigning over the Dominic Cummings scandal and for saying that, if he was Prime Minister for a day, he would enforce “tougher enforcement against Gypsy-Travellers”.