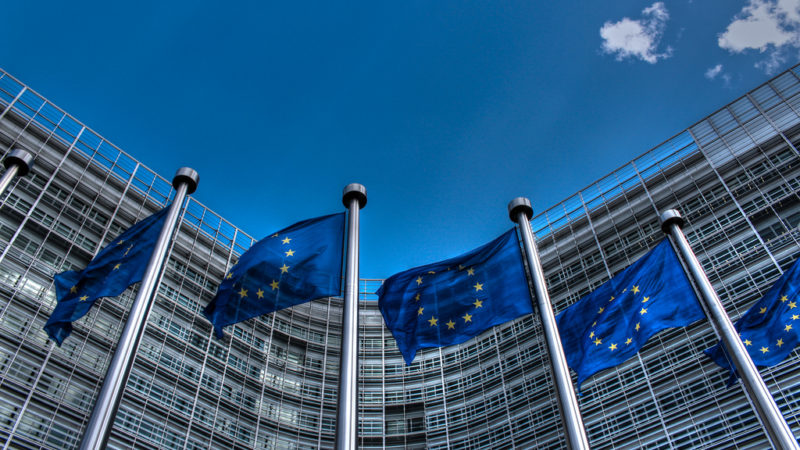 Following marathon talks between the EU’s political leaders an agreement was hammered on a European recovery plan.

The discussions were at times acrimonious. The European Commission’s proposals for an ambitious plan of massive investment in the Green Deal whittled down by national governments.

The European federation of manufacturing and energy unions is called industriAll. Its members include British unions like Unite, GMB and Community.

It says that the plan and financial framework will give little comfort to hard hit industrial and manufacturing workers hard hit by the Covid19 pandemic, structural changes due to de-carbonisation and artificial intelligence

industriAll Europe’s General Secretary Luc Triangle said: “We welcome the historic decision of member states to borrow collectively to invest – this marks a shift since 2008. However, we had called on Europe’s leaders to recognise the scale of the challenges that our members face in the coming weeks and month. But instead Europe’s leaders decided to slice and dice every budget focused on support for workers and our communities.

“From the Just Transition funding to the Globalisation Adjustment Fund, Europe’s industrial workers have been left on the cutting room floor. These are short term cuts which will have long term ramifications.”

The Just Transition Fund, which will support regions and workers affected by the transition away from fossil fuels was reduced from €40 billion to just €17.5 billion.

The European Globalisation Adjustment Fund, which was supported up to 26,000 workers a year (mostly in manufacturing and industry) during the financial crisis, also saw its proposed budget cut from €386m per year to €186m.

And a €26bn solvency support programme proposed by the European Commission was also scrapped by national governments. In the same way, ReactEU, which supports regions and sectors the most impacted by COVID19 has €7.5bn less to spend.

industriALL Europe says that proposed research funding and the scale of spending for transport infrastructure (notably rail infrastructure) also weakens their collective ability to address concerns about climate change and deliver the Green Deal in a socially acceptable manner.

Unions are also worried that austerity may creep into the governance of the recovery plan, as national governments’ plans will be subject to veto within the European Council – the body representing member state governments.

industriAll Europe says the European Council has won a ‘Pyrrhic victory’. Europe’s leaders have demonstrated that they can find agreement, “but they haven’t delivered on the legitimate expectations of working people nor have they shown that they understand the scale of the crisis facing millions of workers in the coming months and years”.

They warn that: “History must not be repeated: workers must not bear the cost of this crisis and thus provide fuel for populist and far-right movements attacking European unity. Attention must now turn to the European Parliament to rectify and redress the weaknesses of the deal to ensure that the EU has a solid plan for recovery and Just Transition.”