He's a credible, electable and a convincing leader. 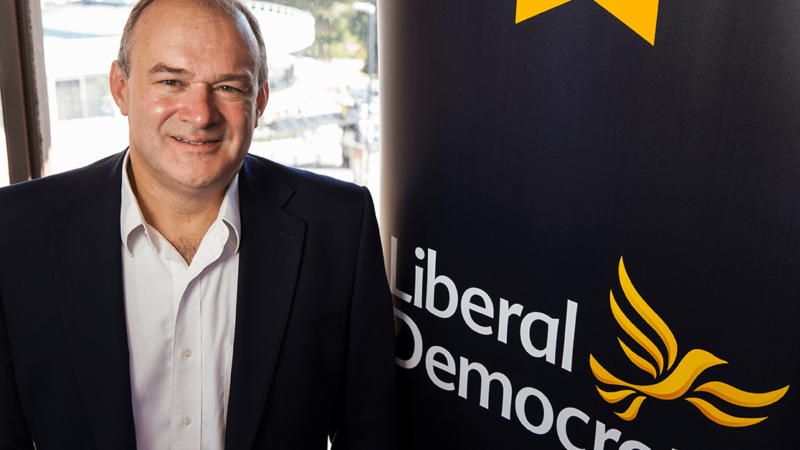 In 2024, I want the Liberal Democrats to play a key role in beating the Conservatives and removing them from office. Never has there been a government more deserving of ejection.  Our revival is an essential ingredient in making that happen.

But to do that, we need a credible offer that gives people a reason to vote for us.  Simple messages that move people to put their cross next to the Liberal Democrat candidate in those seats that will decide the outcome, and beyond.

To continue with the football analogies: the Liberal Democrats have tended to get messaging mixed up with manifestos. We choose to present voters with a panini sticker album of policies, curated in the hope that showing voters that we’ve collected every one will impress them.

If you don’t like football, and this make no sense to you then, oddly, this makes the analogy better.  We eagerly compile a compendium of ideas that we are thrilled about and most of the public shrug, they’re not interested.

We need to tell a story that is simple and that the public want to hear.

A story of how we rebuild the economy, save and create jobs and tackle the climate crisis in the wake of Covid 19.

A story of how we Liberal Democrats provide you with the credible, electable vehicle to kick out the Tories in your seat, so that we can do those things.

A story of a leader who convinces you.

I can think of few people better equipped to do that than a trained economist who almost single-handedly ensured the trebling of renewable energy.  That’s why I am backing Ed Davey to be the next leader of the Liberal Democrats.

Ed has set out a clear, concise platform that seeks to speak to people directly about the challenges that people are facing in their lives.

There’s our problem.  And Ed Davey is our solution.  We don’t need to lecture the electorate about what they ought to think. We need to speak practically about their lives, how we will make them better, and how we can credibly win in order to do that.

Come 2024, and at every election in the interim, we have to offer an answer to the questions they are asking on election day. In 2024 in many seats we can be the anti-Conservative vote that helps remove the Tories from Downing Street, and I believe that Ed’s platform and experience can help us to do that.

In doing that, we should look to work with our allies where we can, but our focus must be on telling a story about where the Liberal Democrats stand on the big issues of the day. The danger of being a political magnet, moving around the spectrum as if repelled by other forces, is that it focuses too much on what other parties are offering, not on what Liberal Democrats would do.

Keir Starmer has made a strong, positive start in his time as Labour leader, but we are a long-way away from a general election, with little idea of what his platform will be.  Second guessing him to decide our position would be a fool’s errand.

Instead, we should seek to tell a story of how Liberal Democrats understand Britain, speak for the liberal majority and can beat the Conservatives right across the country so that we can change people’s lives, protect the planet and ensure that our country once again is run by people who are competent and can be trusted.

Left Foot Forward will publish arguments from both sides of the Lib Dem leadership contest. The other candidate, Layla Moran, has outlined her vision for re-building the country for us here.