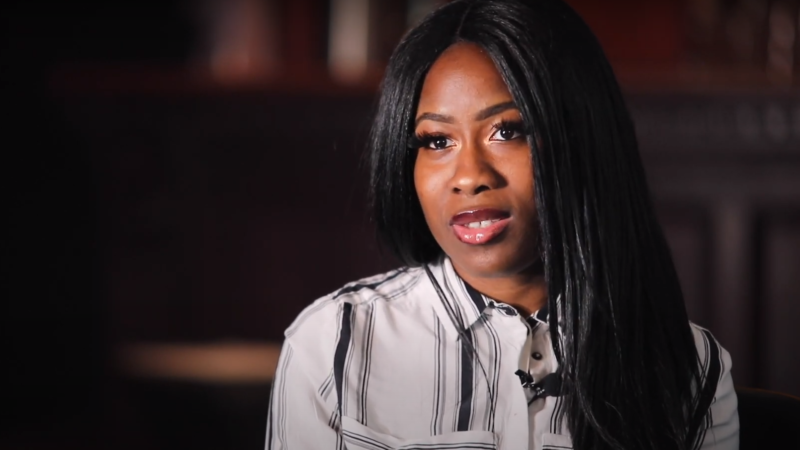 “Last year, I said if there was a Black Lives Matter movement here, we need legal observers on the ground.” When the movement kicked off after the murder of George Floyd in May, Ife Thompson was ready.

“We said: let’s go,” the founder of Black Protest Legal Support (BPLS) tells me. Legal observing – where volunteers monitor policing at protests and provide support – is traditionally ‘quite a white space,’ Thompson says. She is trying to change that, mobilising a network of mainly black and brown barristers able to monitor the protests and potential police injustice in the UK.

In the first week of UK Black Lives Matter protests, the group were able to bring 100 barristers out as legal observers to monitor the protests – an extraordinary feat. After little over a month in operation, there are now 250 barristers signed up to BPLS.

To compare, legal observing at protests has traditionally been undertaken by volunteers and staff at Green & Black Cross, an anarchist-inspired mutual aid group founded in 2010. At the first UK Black Lives Matter protest, they could only send a couple of volunteers, Thompson tells me. So the 100 barristers sent by BPLS was a game-changer.

“We had actual lawyers [rather than lay volunteers], which changed the dynamic.” They could give formal legal advice to protesters in the police kettles – where groups of protesters are effectively cornered by police in a public space.

As well as founding BPLS, Thompson also runs Black Learning Achievement in Mental Health (BLAM) – a South London-based project that teaches black history at primary and secondary schools in the UK. The group – which started as a 100 strong protest in Brixton in 2017 – hosts events for Black Britons, to create a safe space to discuss issues that matter to them and the wider community.

BLAM also aims to fill a gaping hole in the British curriculum: the UK education system’s failure to properly explore black history. “They teach slavery on the curriculum, but a lot of people don’t understand the gravity of it.” Many people think Europe ‘developed’ Africa, Thompson says.

The reality was that many African nations were wealthy at the time they were colonised. “Guinea was so rich in gold, the Brits named a coin after it. Traders had to learn African languages to trade.” Slavery is taught as if Britain abolished it – rather than a process which emerged from slave rebellions or liberation movements like the Haitian revolution.

At BLAM, Thompson receives at least 6 emails a day from teachers, asking for BLAM to go into their school and educate students. Interest in the group has surged this past couple of months, quadrupling their Twitter following in a week.

I ask what the government could do to improve the curriculum. “I don’t much confidence in the government when it comes to curriculum change,” Thompson says. “We’re doing grassroots change. Even if the government was to demand people teach black history today, a lot of teachers wouldn’t feel they know what to do.”

“In 2013, several historians were saying black history was going to be wiped out. So we have to do the heavy lifting, give teachers a space so it’s embedded in everyday teaching. This is about it being taught properly, not just lip service,” Thompson says.

There’s a slight problem: BLAM only have the funding to partner with three schools. That leaves a huge hole when it comes to black history they are unable to fill. “We’re only funded up to August,” Thompson says – highlighted the constant battles with funding many black-oriented organisations face.

The charity have started a crowdfunder which has raised around £20,000 – a lifeline. “This is the most we’ve ever been able to fundraise in short amount of time,” following a surge of funding interest for black organisations after George Floyd’s murder.

It’s a story of hypocrisy too. One funder – who Thompson won’t name – praised BLAM on Twitter following the Black Lives protests. “We’ve applied for grants three times with them – and were rejected every time.”

A friend of hers working at another fund heard some reasons for BLAM having a grant rejected: they were “too radical, too black,” apparently. “The funding board was completely white.”

Some funding bodies have been resistant to funding black organisations, Thompson says. She thinks that may now be starting to change: “I’m hoping the shift towards Black Lives Matter will mean a change in the funding landscape, and a move towards more racial justice orgs being centred and supported.”

For the Black Lives Matter movement to cause lasting change, it will rely on black-oriented, campaigning organisation like these to survive and prosper. Those who care about racial equality should be rooting for them – and if they can, dig deep.

This piece was updated on 3rd July to clarify the final quote and update a statistic on the number of barristers signed up to BPLS.