'The Conservatives' continued attempt to shift blame away from themselves...appears to be a blatant attempt at absolving themselves of responsibility' 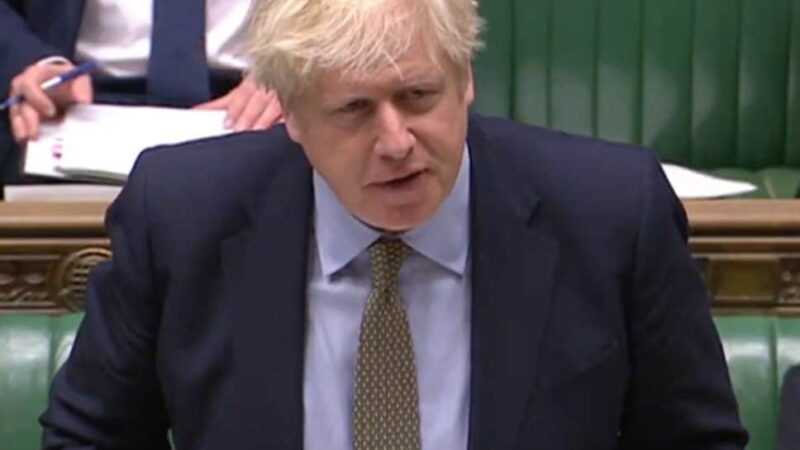 Following the revelation that one in five care home residents have been infected with coronavirus, which in turn has led to an estimated 20,000 fatalities, Boris Johnson was asked to give an explanation as to why care homes had been so heavily impacted by the crisis.

Johnson, rather than taking responsibility, suggested that it was the care homes and the carers themselves that were at fault. He claimed:

“One of the things the crisis has shown is we need to think about how we organise our social care package better… We discovered too many care homes didn’t really follow the procedures in the way they could have”.

Understandably, the claim was met with condemnation and dispute from care home officials and carers alike. Vic Rayner, executive director of the National Care Forum, said: “Care providers have moved to adopt new procedures consistently, at pace and with integrity”.

Despite Matt Hancock’s prior insistence that a ‘protective ring’ had been placed around care homes, official government guidance had initially suggested that it ‘was very unlikely people receiving care will become infected’ and this led to perceived inaction from the government on areas such as PPE and testing.

Evidence suggested 25,000 hospital patients had been discharged into care homes without any testing, it wasn’t until 15 April– about a month after lockdown began – that Hancock would implement testing for all care homes residents and carers. How can care homes be responsible for such a delay in policy implementation?

The trend of diverting blame by the Conservatives has appeared twice more in only the last week. Writing for Left Foot Forward, Deputy General Secretary of Prospect, Garry Graham, highlighted how the government was attempting to blame the civil service for its bungled response to the pandemic.

Commentators and supermarket workers were quick to point out that the vouchers could not be used for undesignated materials and that furthermore, Ford’s claims were based off anonymous, unverified sources from May.

Ford’s claim came after the government was forced into issuing the vouchers over the school holidays following the successful campaign of footballer, Marcus Rashford. Rather than accepting responsibility for the government’s unwillingness to implement the voucher scheme, Ford appears to suggest abuse of the vouchers by those who need them, a potential diversion tactic and callous insinuation that vulnerable parents are at fault as the Conservatives are subjected to disapproval.

Attempted diversion of blame to the vulnerable is nothing new. Following the Grenfell Tower Fire in 2017, Jacob Rees-Mogg suggested that the tenants were responsible for their own deaths after exhibiting a lack of common sense. This was following the revelation that widespread government cuts and inadequate safety measures had made the building a ‘death trap’.

In a similar vein, Johnson, when he was editor of The Spectator, commissioned a piece which suggested Liverpool fans were responsible for the Hillsborough Disaster:

“Liverpudlians see themselves whenever possible as victims… [There is} No excuse for Liverpool’s failure to acknowledge the part played in the disaster by drunken fans who mindlessly tried to fight their way into the ground”.

Johnson and The Spectator’s victim blaming would be proved inaccurate in 2016 when an inquest concluded that supporters were unlawfully killed due to grossly negligent failures by police to fulfil their duty of care.

The Conservatives’ continued attempt to shift blame away from themselves; often on to those most impacted by a tragedy, appears to be a blatant attempt at absolving themselves of responsibility.

A sparking of an us vs them perspective, which suggests that those in a position of vulnerability are to blame, rather than the government and authorities whose job it is to protect them. It must not be fallen for.

Jamie Beauvais writes on topics such as societal betterment and wealth disparity.