Think tanks and the Tories are blaming the wrong people for the UK's bungled Covid response, writes Prospect's Garry Graham. 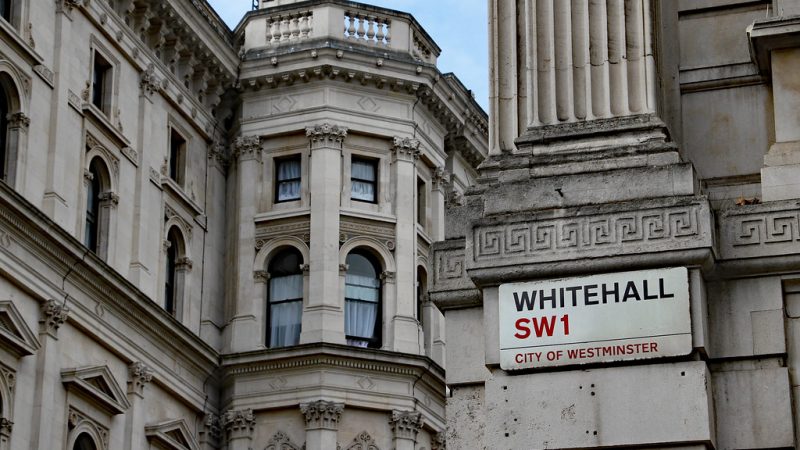 Covid-19 has tested the civil service in a way that has never happened in peace time. Policy development and delivery at pace with 80% of staff working remotely has been a challenge which is unprecedented, especially when considered next to the huge difficulties in delivering Brexit.

Against that backdrop, a recent report produced by the think tank Civitas on the civil service is deeply disappointing.

The report’s title, “A hat trick of failures: How “the Blob” led the British Government down the wrong path”, sets the tone. Perhaps this was designed to gain media coverage as it did in the Times and Telegraph. When reading it, at times I thought I was reading a conspiracy theory where ministers, the poor lambs, were led astray by a shadowy organisation hell bent on a nefarious endeavour.

Though thought provoking in parts, it is simply wrong in others – and sets the wrong tone. That means it gets in the way of a proper and informed discussion of the lessons to be learnt from the health crisis.

The report closely echoes the attitude held by many in the Conservative Party towards the institution which has so far saved their necks and kept the country running while they were playing politics instead of governing. It is symptomatic of a culture which blames civil servants when things go wrong but gives no credit when things go well; briefs against individuals who have no recourse to reply; and forces out civil servants who have the temerity to speak truth to them, as has happened with senior figures like Mark Sedwill and Philip Rutnam.

“The Blob” is a pejorative term that is deeply insulting. We saw similar language used around Brexit and the civil service. While it may provoke sage nodding at the breakfast tables of some Telegraph readers, if we are to have a proper debate and discussion about what worked and what we would do differently such language is deeply unhelpful and destructive.

When it comes to the handling of Covid, it suggests scientists and civil servants had had an “agenda” informed by self-interest rather than providing ministers with the impartial advice they needed, setting out options and acting in the interests of citizens.

The report talks about: “a scientific clique entrenched within a managerialist Whitehall culture”, all highly value laden and pejorative terms. In my work, what I see is experts appointed on merit who are leaders in their field commanding broad public confidence. Last time I checked, management skills were something to be applauded not something to be the subject of snide opprobrium.

We are led to believe that as a result of employing skilled and talented scientists and managers, ministers were cowed and “in deference” to their advice. If this were true it would be a reason to replace weak ministers.

All decisions are ultimately political. They may be difficult, they may be unenviable, but hiding behind officials just won’t do. And there are plenty of examples of decisions made, not advocated by science and which have had a real impact on citizens and businesses.

The quarantine arrangements for aviation, for example, have had a devastating impact on the industry and has smacked of a policy of “we must do something, this is something, let’s do it” – rather than a calm appraisal of policy impact.

The report also asserts that ministers chose not to “confront or question” the advice they were given and uses this to blame the messengers. Officials I know are delighted when a politician has a grasp of their brief and is inquisitive and challenging.

It should come as no surprise that this is lacking from ministers, when just two studied science at university. The paper asks: why did Germany take a different approach to us? Perhaps the answer lies at least partially in having a leader who knows more about Heisenberg than they do Aeschylus.

It is the job of the scientific committees, and indeed broader civil service to provide advice to the government and speak truth to power, no matter how inconvenient that is. For officials to be dismissed as “career advisors” is a rhetorical cheap shot as is the suggestion of some type of “network” which has “no ministerial oversight”.

It seems clear to me that in fact it is exactly this speaking truth to power that ministers, and certain senior Number 10 advisers, don’t like – for all their talk about putting experts at the heart of Downing Street.

STEM skills have never been more important than now in terms of policy development and delivery. We owe officials a debt of gratitude as they work round the clock to keep us safe and enable the economy and society to open up.

Of course, there will be lessons to be learned. But ministers have a responsibility to support those who work so tirelessly for and to them. If we want to get through this crisis and learn for the future, we will not do this by denigrating them and throwing them under the bus for political expediency.

Prospect is proud of the work our members do across the public and private sector to help us get through the current crisis. They deserve all our support.