We can't let an angry minority of drivers slam the brakes on changes to make our streets greener and safer. 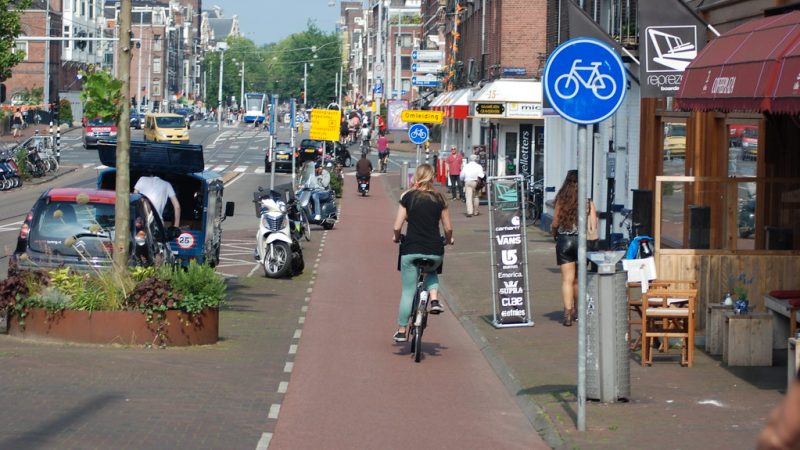 You wouldn’t know it from the coverage of ‘outraged drivers’, but a silent majority – 77% – of people support transforming our cities so they’re more walking and cycling-friendly according to a recent poll.

So I have to take a second just to say, hand on heart: the government’s latest ‘cycling revolution’ can only be welcomed. Forget the other chaos at the moment: this is one of those rare stories that’s just Good News. And yet.

As with all green policies, it will come with a backlash: from those who simply can’t imagine a greener future. For whatever reason, there are some who just despise the idea of there being fewer two-ton death traps ploughing through our public spaces.

The plans, in case you missed them, are for £2bn to be spent on thousands of miles of protected cycle routes in towns and cities. As the Times puts it, they’ll be ‘regulated by an Ofsted-style watchdog, to ensure new bike lanes are more than mere licks of paint.’ And low-traffic neighbourhoods which put cyclists and pedestrians first will extend beyond London to communities that want them.

The backlash was already bubbling. Over the past few months, councils have rolled out cycling and walking-friendly schemes across the country as car use plummeted and many people switched to bikes. Tory councillors, however, had other ideas: stirring up opposition and forcing some areas to backpedal on pedestrian zones or new cycle lanes. Trafford Council removed a cycle lane after just 48 hours due to a backlash from an angry minority of motorists.

Just before Johnson’s latest announcement, I got an email from ‘FairFuel UK’ which appeared to believe the world would cave in if we gave cycling a fraction of the funding given to roadworks for cars: “This Government’s ignorance will decimate businesses and the economies of our major towns and cities and is a naive knee jerk response to those emotive driven, well financed, so called environmental groups” they vented. Towards the bottom of the press release was a note saying the group receives funding from the Freight Transport Association and Road Haulage Association.

It looked uncannily like a ‘knee jerk response’ from an ‘emotive driven, well financed’ campaign group.  But it’s important not to overstate these cries of anguish. It is a noisy and damaging minority.

YouGov polling, analysed by environmental psychologist Dr Ian Walker from the University of Bath, has found that the vast majority of Brits support measures that encourage people to walk and cycle in their local area. But they also drastically overestimate the opposition of their friends or the general public – which may be stopping them from speaking up about their own support for a green revolution.

Voters want a truly green recovery. And no wonder. Pollution is a disaster in this country. Lockdown was one of the few times many of us in cities felt able to breathe properly. Our streets are unsafe, and it is astonishing that we dedicate so much of our public space to private cars. We make cycling/walking safely so difficult. I write as someone who has nearly been hit by speeding and dangerous drivers several times while cycling in London.

Making our streets more cycling/walking-friendly is a social justice issue. 43% of the lowest income households do not have a car or van. Car ownership is directly linked to income levels.

Making our streets safe/easy for pedestrians and cyclists is also an equality issue. 41% of Black people do not have a car or a van.  34% for other non-white groups, 31% for those from mixed backgrounds.

So now is the time to speak up in support of active transport and greening our streets. To make our public space genuinely public:

We can’t let the small positives we‘ve seen emerge of the past few months – more accessible, green and open spaces – be torn away by a braying lobby of hauliers. Let’s keep something good from this crisis.