Left Foot Forward covers the progressive news you might have missed. 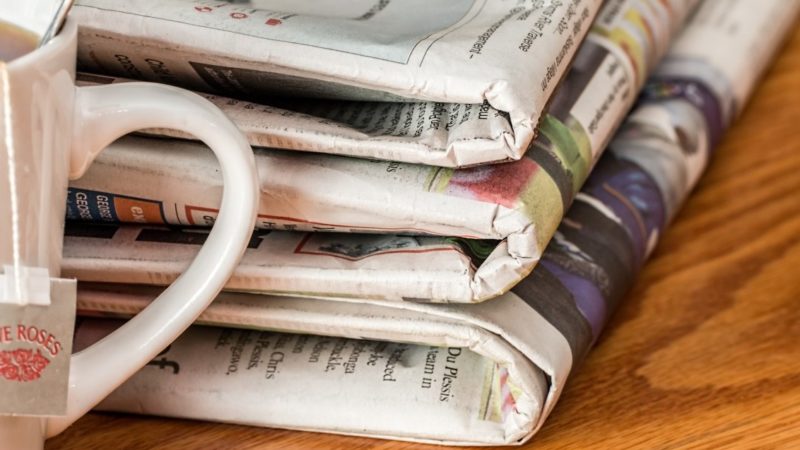 10. Nearly half of the top 50 public corporations in the UK have connections with a serving MP, according to new research.

In comparison, the figures for the US are 6% and 4%, respectively. Only Russia and Thailand have a higher proportion of ‘politically connected’ companies, according to the study shared by the London School of Economics’ policy blog.

Following an amendment in 2002 that allowed MPs to speak on issues they had vested interests in, the academics found that ‘politically-connected’ companies reduced donations to political parties. “This highlights the value of direct access to policymaking, facilitated by the 2002 bill” the authors say.

In its first full meeting since 25th February, the South West council voted 54-50 to back the policy and call on the government to introduce it for the area next year, as noted by Cornwall Reports.

Labour councillor Jayne Kirkham told Left Foot Forward: “I can’t believe we’re still debating it!. 16-18 year olds can pay tax, join the forces, get married, have children and so should be able to vote. Many 16-18 year olds are as, if not more, informed than many of the rest of us and have a longer future stake in what they are voting for. 16-18 year olds can vote in Wales and Scotland now, so why not Cornwall?”

The Lib Dem-Independent administration is also hearing calls to move to the ‘Preston’ model of service commissioning and contracting, where climate and social impact is made a priority.

Ms Kirkham is proposing the policy, backed by Conservative councillor Philip Desmonde. In a statement, Ms Kirkham noted: “Cornwall has been hit hard economically by the Covid pandemic and we thought this was a good time to propose a different way for Cornwall Council to choose its supplier,s and use its spend to help the people of Cornwall, the environment and support the Cornish economy as much as possible.”

8. A cross-party group of MP​s has called on the BBC to adhere to its obligations as a public service broadcaster and make a “firm commitment” to the future of daily show Politics Live,  amid reports the show could be axed.

Liberal Democrat MP Daisy Cooper, who coordinated the cross-party group, warned the BBC that dropping the show would “seriously harm the ability of the BBC to scrutinise and explain the consequences of policy announcements.”

In a letter to both the outgoing and incoming Director Generals of the BBC, the cross party group of 106 of MPs and Peers across seven political parties also urge the corporation to review the decision to cut 450 staff working across regional programmes in England.

Liberal Democrat Digital, Culture, Media and Sport spokesperson Daisy Cooper said: “Public trust during pandemics is absolutely vital. At a time when many people are worried about their future and a possible second wave, we need proper media scrutiny, from Britain’s number one public broadcaster, on the decisions being taken at the very top of government.

“The loss of Politics Live would seriously harm the ability of the BBC to scrutinise and explain the consequences of policy announcements. Given the BBC’s obligations as a public service broadcaster, I urge the BBC to think carefully and make a firm commitment to protecting Politics Live.”

7. New research has highlighted that the ‘five week-wait’ for benefits and advance payments system under Universal Credit are contributing to financial hardship and debt – particularly for disabled claimants.

The report by the National Audit Office said the Department for Work and Pensions needs to do more to support vulnerable people and others claiming Universal Credit, revealing that disabled claimants and people on low incomes are more likely to claim advances and have other debts to repay from their Universal credit. Claimants and representative organisations told the NAO that the wait for the first payment contributes to financial hardship and debt, despite the availability of advances.

The SNP Shadow Work and Pensions Secretary Neil Gray MP has said the solution to this would be to turn the advance payments into non-repayable grants once the claimant has been deemed eligible for Universal Credit. This would take away the need to reverse the five-week wait, which the DWP has said would be “operationally challenging”, and minimise the risk of fraud – the reason given by the UK government for not implementing grants instead of loans.

6. The Ministry of Justice has agreed to provide funds to pay all cleaners, security guards and other outsourced staff full pay sick pay for any coronavirus related sick leave – and backdated to 1st April.

This victory follows a high profile campaign from the United Voices of the World union, over the death of Emanuel Gomes, a cleaner at the Ministry of Justice who died in April with Coronavirus symptoms.

UVW is also bringing legal proceedings against the Ministry of Justice to argue outsourcing the entirely migrant and BAME cleaners and security guards without parity with civil servants’ terms and conditions, including sick pay, breaches the Equality Act 2010. Read about Emanuel Gomes here here.

UVW has been campaigning at the MoJ for 2 years and says it will continue the fight for a living wage and full pay sick pay from day one of any period of sick leave.

5. The climate litigation charity, Plan B, which recently blocked Heathrow expansion through the courts, is now threatening the Government with legal action over its “new deal for polluters”.

Campaigners says the government’s Covid recovery plans ignore the scientific and economic advice to transition to a sustainable economy, and would lock us into a disastrous trajectory towards 4˚C warming – leading to millions of lost lives. Pursuing this course would breach the government’s legal obligations to implementing net zero and to upholding the Paris Agreement and the right to life, Plan B argue.

4. The UK Government will resume the granting of new licences for arms sales to Saudi Arabia and the rest of the coalition that is bombing Yemen.

The decision, announced in a written statement by the Secretary of State for International Trade, Liz Truss, has been condemned by Campaign Against Arms Trade (CAAT). CAAT is considering next legal steps.

The move appeared to be buried by the announcement that the UK government would sanction a number of human rights abusers around the world…while continuing to sell arms to states locked in humanitarian conflicts.

Andrew Smith of Campaign Against Arms Trade said: “This is a disgraceful and morally bankrupt decision. The Saudi-led bombardment of Yemen has created the world’s worst humanitarian crisis, and the government itself admits that UK-made have played a central role on the bombing. We will be considering this new decision with our lawyers, and will be exploring all options available to challenge it.

“The evidence shows a clear pattern of heinous and appalling breaches of International humanitarian law by a coalition which has repeatedly targeted civilian gatherings such as weddings, funerals, and market places. The government claims that these are isolated incidents, but how many hundreds of isolated incidents would it take for the Government to stop supplying the weaponry?”

3. Prison inspectors have found that people who were released into unstable accommodation were significantly more likely to return to prison.

The report cites Ministry of Justice figures showing that, between April 2018 and March 2019, 11,453 people were released into homelessness and 4,742 homeless people began community sentences. Almost one in six men and almost one in five women released from prison had nowhere to live.

Problems have grown since the coronavirus pandemic began. Young adults in contact with the Howard League for Penal Reform have experienced huge difficulties in obtaining packages of accommodation and support. In response to a parliamentary question last month, the government revealed that 273 young adults were released to homelessness or to unknown accommodation between 23 March and 30 April 2020.

Frances Crook, Chief Executive of the Howard League for Penal Reform, said: “The best way to help someone move away from crime and build a brighter future is to ensure that they have a home. Common sense tells us that any system that sweeps up the homeless and makes matters worse is in urgent need of change.

“The government has promised to eliminate homelessness. Now, as the country emerges from lockdown and rough sleepers start to return to the streets, ministers must rise to that challenge to help the fragile and the poor.”

2. Leading trade unionists have warned colleagues not to be complacent about last year’s rise in union membership in the UK.

Carl Roper from the TUC told the congress’ online Organise conference – of which LFF was a sponsored media partner – that there are just 2.7m union members in the private sector, compared to 17m non-members. “Too many union members at the end of their working lives,” with density at just 8% for 16-24. “Many big chains are union-free zones,” Mr Roper added.

Sarah Woolley, General Secretary of the Bakers’ Union (BFAWU), told a session on the challenges facing unions that ‘union busting’ has been rife in the sector.

And Mike Clancy, General Secretary of Prospect, said: “Quite a lot of private sector union membership has a public sector lineage” i.e. it comes from formerly-publicly owned bodies that unions have held on to. Clancy said unions needed to ‘personalise to collectivise’ and recognise that employees want to be ambitious and succeed.

Given the high degree of staff turnover in sectors like social care, Roger McKenzie – Assistant General Secretary at Unison – said his union is looking at a ‘passport system’, to link membership more closely to the individual, rather than simply where they work. “How do you make union membership follow people around?” At present, when members leave a union ‘they leave the movement’, Sarah Woolley noted.

The pandemic has taught many unions how to embrace digital technology, with reports of some union meetings involving thousands of people via Zoom.

1. Poplar and Limehouse Labour MP Aspana Begum has called for a full investigation following a crane collapse in the constituency that killed a woman and injured several more.

In a statement, the MP said: “My thoughts and prayers are with everyone affected by yesterday’s crane collapse in Bow, especially with the family and loved ones of June Harvey, who tragically lost her life in this incident. I am very grateful to our emergency services who responded swiftly and supported constituents in the immediate aftermath of this incident…

“Moving forward, when the multi-agency operation is concluded, there must be a full investigation into the reasons that led to this tragic incident. I will be working with the trade unions of workers that use cranes, and others to follow up on this.

“It is absolutely vital that lessons are learnt from the findings of those investigations to prevent any future incident of this nature.”