It amounts to over 2.3 million hours of unpaid work a week in the NHS 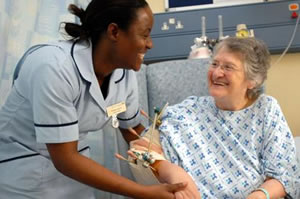 Some people working in the NHS were doing over 11 extra unpaid hours per week before the coronavirus outbreak, new figures show.

NHS workers may have been treated as heroes – with weekly clapping across the UK during the lockdown – but that doesn’t remove from the fact they were doing so much unpaid overtime work.

In the biggest annual survey of NHS workers, 55.9 per cent of staff said they worked additional unpaid hours each week, over and above their contracted hours.

Some staff, 3.5 per cent in total, said they worked more than 11 hours more a week than what their contracted hours stated.

Nearly half of NHS employees, 43 per cent, answered that they worked between two and five hours a week for free. That amounts to 559,770 employees.

Around nine per cent – equating to 116,081 employees – said they performed between six and 10 hours unpaid overtime in an average week.

At the lower estimates, that works out at a total of over 2.3 million hours of unpaid work a week.

At the higher estimate, it hits 4.45 million hours of unpaid overtime.

Layla Moran said: “The Tories are running a national treasure on the goodwill of hard-working NHS staff.

“These hours of unpaid work must be worth millions of pounds every week and I can only imagine that coronavirus has made this even worse.

“We cannot stretch our greatest asset – the staff – to breaking point. NHS workers deserve not just a clap for the cameras in Downing Street but a proper pay rise worthy of them.”