They don't care about bringing the country with them. 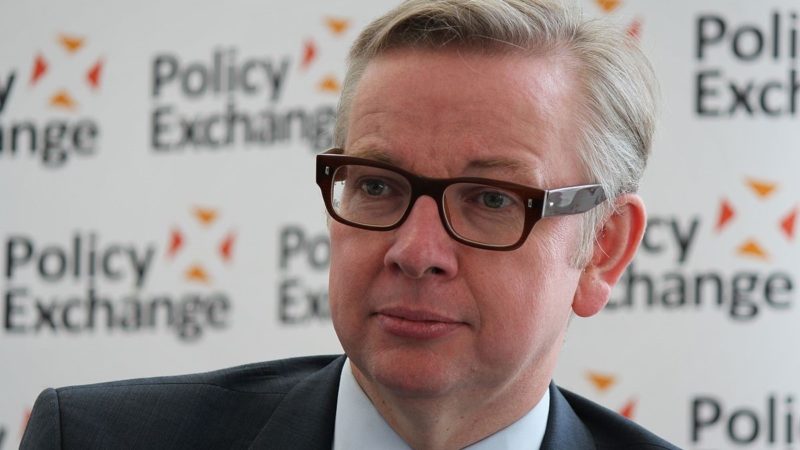 Michael Gove is the intellectual heavyweight in a lightweight cabinet with a lazy Prime Minister.

So his long and very carefully-prepared speech at Ditchley on Saturday June 27th should be read as an exposition of how the core group at No.10 now think.

He commits to a substantial increase in government spending, oriented to transforming the economy and responding to the grievances of ‘the forgotten man, the victim of crisis and inequality’.  The crisis demands a centralised government prepared to experiment, and to make mistakes, in its drive to reshape Britain.

It presents a huge break with Conservatism as represented by every Prime Minister since Margaret Thatcher. ‘This government was elected on the basis that it would be different from its predecessors’ – including Theresa May.

It derives its legitimacy from the 52% who voted to leave the EU in 2016, and the 43% who gave the newly-purged Conservative Party a parliamentary majority last December.

He cites David Goodhart and others on the divide between educated and sophisticated ‘anywheres’ and the ‘somewheres’ whom they patronise and neglect.

This government speaks for those people – the people, as he claims, against the metropolitan elite, who ‘tend to have…different social and political values from other citizens.’

‘Faith in conventional political parties, their leadership and their allies in business has been broken.  Failures of policy and judgement have put existing elites in the dock.  Their misjudgements…have been compounded by cultural condescension and insulation from accountability.’

The tone is also deeply and philosophically populist, verging on authoritarian. There is no reference to the Conservative Party; this is a Vote Leave government.

The only reference to Parliament is to ‘the criticism of self-righteous chairs of parliamentary select committees’ who obstruct decisive government action.

He talks about bringing government closer to the people, but says nothing about local government or local democracy.

He proposes only to move various bits of departments out of London to neglected cities, to bring officials out of the metropolitan bubble and into closer contact with ‘the people’.

Government is accountable to the people who elected it in December 2019; by implication not to Parliament between elections.

This is Hailsham’s elected dictatorship, sharply outlined.  There is no need to consult with others, or persuade sceptics, no sense of democracy as a dialogue in which government is under constant scrutiny.

This government speaks for the forgotten majority against the elite, and the elite must accept that it has been discredited.

Gove shares the Cummings approach to policy-making: we have to ‘transform government to make it the efficient force for good the times command, and… always place the emphasis on risk-taking.’

Himself an Oxford graduate with a degree in English, he condemns the civil service as too generalist, too humanities-based.

There are many contradictions buried in this carefully-crafted speech. He misrepresents Roosevelt’s achievement by omitting the huge efforts he made to carry Congress with him, the radio broadcasts he made to explain to the American public what he was attempting to achieve, the campaigns which both he and Eleanor Roosevelt conducted round the country.

He stresses that Roosevelt was ‘a great leader’; but apart from a passing reference to Boris Johnson as’ a fantastic leader’ there’s no sense of how such a radical high-spending government would carry business and finance elites, as well as intellectual and non-intellectual publics, with it.

There is no criticism of business or financial elites as having contributed to the crisis; the problems of globalization are attributed entirely to the intellectual class.

He claims that the government must prioritise regions and people outside the metropolitan South-East, but does not note that most ministers and much of the Conservative Party membership are drawn from there.

He places his government on the side of the common people against the establishment, but sits with Old Etonians and beneficiaries of inherited wealth in a Cabinet which in no way represents them. He is calling for a massive increase in spending, while right-wing think tanks are still promoting tax cuts.

His party’s dominance is helped by the funds generously provided by offshore millionaires and private equity speculators.

It’s not self-evident that they will welcome the radical shift he is proposing – though some of the newly-elected Conservative MPs from outside the South-East may give him a warmer welcome.  His conclusion declares that ‘I am in public service, as an MP and Government minister, because I want to tackle inequality’: not to support enterprise, not to limit the power of the state.  ‘My driving mission in politics is to make opportunity more equal’.

That’s an ambition that his party has not held over the past generation, and may not be prepared to support.  But it’s a challenge for Labour and Liberal Democrats, as it attempts to take this redefined Conservative Party onto new ground.

The opposition parties will need to offer a plausible alternative, preferably without breaking as many conventions of our constitutional democracy.

Lord William Wallace is an international relations professor and a Lib Dem peer who co-wrote their 1979 and 1997 election manifestos.