The amounts are pitiful. 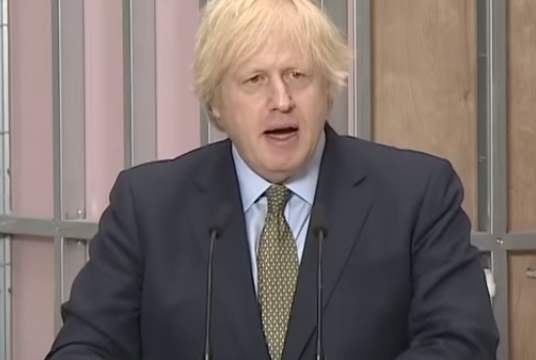 Perhaps to distract from coronavirus failures and the Robert Jenrick scandal, the government’s spin machine has spent this week building up Boris Johnson as a new Franklin Delano Roosevelt.

President Roosevelt saved the US economy through a huge programme of investment. Johnson’s Tories have spent ten years doing the exact opposite of this. Nevertheless, the spin doctors say Johnson is the new FDR.

One of the centre-pieces of this agenda is, according to a government press release, “£900m for a range of ‘shovel ready’ local growth projects in England over the course of this year and next”.

Today, the BBC’s Ross Hawkins has published the annex of a letter to Tory MPs, which shows how much each region is getting.

The most obvious thing from this list is that the South-East gets the most. This seems to clash with Johnson’s claim that he wants to reduce the gap between London and the rest of the country.

But the South-East here doesn’t include London. And it doesn’t include wealthy home counties like Surrey or Hertfordshire either. It basically means Kent, Essex and East Sussex – which all contain plenty of areas in need of investment.

While tempting, comparing regions is just fighting for scraps. The important thing to focus on is just how pitifully small these numbers are for everybody.

When you look at region’s individual budgets, the sums look even more pathetic. Cumbria gets £10.5m. That’s less than 10% of the cost of building one 8km road south of Carlisle.

Unsurprisingly, the breakdown has not been met with enthusiasm from local politicians. One Labour Councillor in Wokingham pointed out that the £7.5m Berkshire are getting is less than 10% of the 2km Arborfield relief road.

And a Lib Dem councillor from Stockport tweeted that £10m gets you 1 km of dual carriageway, 10km of cycle superhighway or a simple village railway station.

And there are other ways of quantifying these sums. For example:

As usual, Johnson talks a big game but won’t put money where his mouth is. He is, as the Tories who worked with him in London have said, a “total chancer” with no interest in policy or detail.