Johnson didn't put that on the side of his Brexit bus. 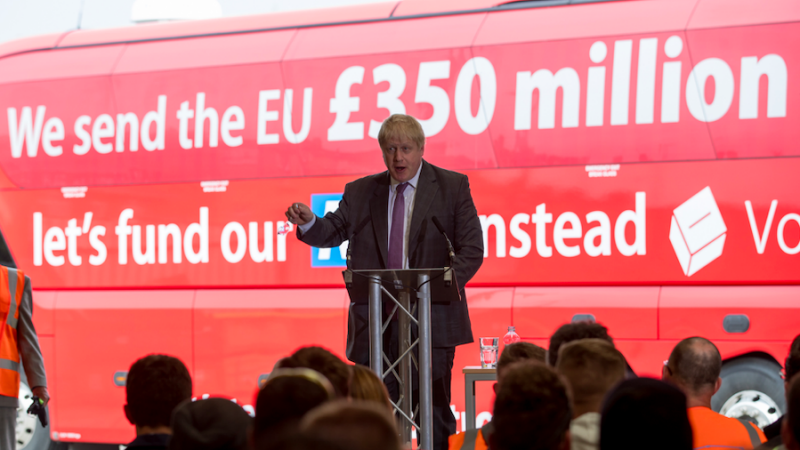 The government has announced that British businesses will have to fill in 215 million extra customs declarations forms a year because of Brexit.

At HRMC’s estimated cost of £32.50, this will cost businesses around £7bn a year (or £134m a week) and mean that 50,000 extra customs agents must be hired, the Financial Times reports.

During the Brexit referendum, Boris Johnson famously posed alongside a bus claiming the UK sends £350m a week to the EU.

The actual figure was more like £250m a week so more than half of those savings are wiped out just by the extra cost of form-filling.

And this figure only relates to extra paperwork on the British side of the border with the European Union.

The other side is likely to also require additional paperwork, making UK-EU trade more expensive and incentivising companies to move from the UK to the EU if they want cheaper access to the EU market.

On top of this, the government has announced it will spend millions of pounds building up to a dozen lorry parks away from the UK’s busiest ports in an attempt to minimise delays to traffic.

Areas like Kent and North Wales are expected to be particularly affected by the new bureaucracy.

According to Bloomberg analysis, as of January 2020, Brexit had already cost the UK economy £130bn.