Holyhead, Fishguard and Pembroke could be facing chaos 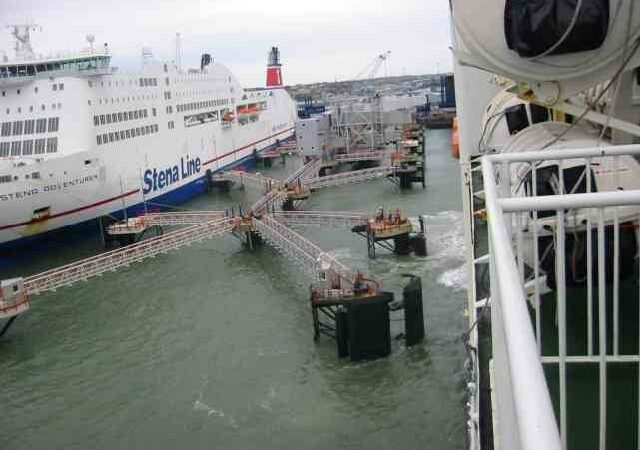 The Welsh government has confirmed that, when the Brexit transition period finishes, new customs inspection posts will be needed at the Welsh ports of Holyhead, Fishguard and Pembroke.

In a press briefing, the Welsh minister for international relations and the Welsh language Eluned Morgan said that Michael Gove had suggested today that goods imported from Ireland (and the rest of the EU) will need to be checked.

“Therefore there will need to be additional infrastructure built. So we need to think carefully about our capacity to build that but that will be something for the UK government to take a lead on,” she said.

However, a 2017 Welsh Assembly committee report shows border inspection posts will be difficult to build and hugely damaging to the Welsh and UK economies.

The ports Morgan was talking about are Holyhead, Fishguard and Pembroke, which allow trucks with goods onboard to get on and off ferries.

Ferries from Holyhead largely go to and from Dublin while, from Fishguard and Pembroke, they generally travel to and from Rosslare in Southern Ireland.

At present, trucks coming from Ireland do not have to pay inspected. From January 1, they will.

Inspections inevitably take time and slow down a truck’s journey to its destination. In 2017, Irish Ferries said customs posts could lead “UK Plc” to “quickly grind to a halt”.

As well as time, the delays will cost money and companies will try to pass these on to consumers in the form of higher prices – so it’s not just Irish Ferries which will suffer but all of us.

Another cost will be that of actually building the inspection posts. While some of this will be paid by the industry, taxpayers and consumers will also be expected to chip in.

Asssuming, that is, that the inspection posts, get built. Captain Ian Davies, of Stena Line ports is based at Holyhead and says there is not enough space to pull over vehicles to inspect them.

Davies told the Welsh Assembly committee: “I don’t think it’s physically possible to come up with a physical land mass to absorb some of these traffic flows. We’re looking roughly, at our peak, at 400 freight units an hour coming off the ferry. Each freight unit is 16m long. That’s one long traffic jam coming out onto the A55.”

Another fear is that, if things are sufficiently bad, Irish exporters will choose to ship goods directly to EU ports like Rotterdam, rather than sending them by truck via Holyhead, Dover and Calais.

If this happens, then the Welsh ports bottom lines’ will take a huge hit and one of Fishguard or Pembroke (which are close together and serve the same market) could close down, costing dozens of jobs.

So there’s a lot of issues to overcome by December – let’s hope the government is on top of it and not distracted by talking about shiny new bridges which will never be built.

One Response to “Post-Brexit inspections at Welsh ports will increase prices, cost taxpayers and cause traffic jams”