Campaigners raise concerns that changes to NHS services under COVID-19 may become permanent. 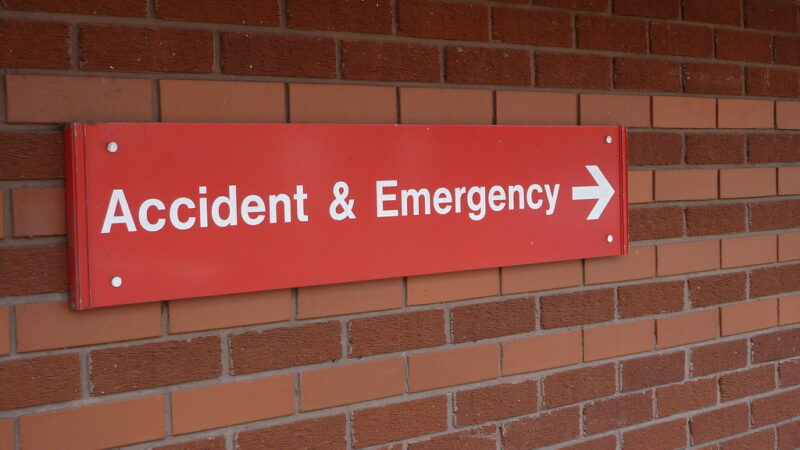 With tens of thousands of NHS beds still closed (NHS Improvement has refused to reveal an updated figure since the Health Service Journal in April revealed 37,000 beds were unoccupied) NHS England’s focus appears to be on a multi-billion pound deal to utilise private hospitals.

This raises serious questions over the future of the many services including A&E departments “temporarily” closed during the peak of the Covid crisis, many of which NHS bosses had sought to scale back in previous plans.

There have been protests in Grantham in Lincolnshire over the downgrading of its day time only A&E to an Urgent Treatment Centre, with emergency admissions diverted to Lincoln or to Boston, each 30 miles away.

Staff in Southend Hospital, now merged with Chelmsford’s Broomfield Hospital and Basildon & Thurrock hospitals into a mega-trust covering Mid and South Essex, last week also raised fears that the relocation of ICU staff to work in Basildon could herald the downsizing or closure of Southend’s ICU. They fear this could indicate a renewed drive by the merged trust to implement the “centralisation” of specialist and emergency services in Basildon, plans for which were abandoned in 2017 as a result of mass public pressure.

The Trust has issued a statement to staff that does not specifically answer these concerns, but makes clear that “A key part of ensuring we can sustain as much non-Covid related healthcare as possible – prioritising urgent, emergency and cancer care – will be through concentrating specialist Covid intensive care at Basildon.” Local Save Southend NHS campaigners are watching closely.

Other “temporary” closures that may well prove permanent include a children’s ward at King George Hospital in Ilford, a children’s A&E at Solihull’s Good Hope Hospital, and the closure of all 10 beds at Lutterworth Community Hospital in Leicestershire.

Management assurances in each case that these closures have been made necessary by the Covid pandemic would have been more credible if not for the long history of plans in these areas to centralise emergency services and downgrade other sites.

In Grantham the District Council is to meet to respond to the latest changes, and “a good few hundred” local people turned out on June 15 to protest at the decision by United Lincolnshire Hospitals Trust to downgrade the A&E to an urgent care centre as part of plans to make the hospital Covid-free.

Cllr Charmaine Morgan, who chairs the SOS Grantham Hospital campaign group, told Lincolnshire Live: “We are concerned that A&E will be lost forever. The trust has been attempting to downgrade A&E to an urgent treatment centre for at least five years.”

She went on to express concern at the loss of two medical wards at Grantham, with treatment of more than 1,000 patients moved to Lincoln and Boston hospitals, and said: “If we lose the staff from these wards we lose the back-up for our A&E.”

Lincolnshire Live reports one nurse who posted on Facebook: “Grantham staff who went to Pilgrim etc during the height of the Covid crisis to work in and run Covid-positive areas have been told their jobs at Grantham have gone, their wards/departments closed and they will be being moved to another site.”

On the June 15 protest campaigner Jody Clark told Lincolnshire Live that while protesters understand the need to create a safe site for vulnerable patients, the Trust’s plan would leave much of Grantham Hospital closed, despite the fact it has a number of entrances and exits to easily allow services to be separated.

Lincolnshire’s waiting list has more than doubled during the Covid crisis, from 5,000 to 12,000. The Trust insists that the downgrade is only temporary, and due to run until the end of March 2021.

Health Secretary Matt Hancock has given a formal commitment in the Commons that Chorley’s “temporarily” closed part-time A&E will also reopen, although no time frame has been set. Here too plans to permanently downgrade the A&E, and use the Chorley site only for elective patients have been hotly debated for years.

Chorley’s MP is Commons Speaker Sir Lindsay Hoyle – and has been working with other local MPs to resist the pressure to downgrade the hospital. Sir Lindsay welcomed the health secretary’s comments about reopening the A&E commitment”, but stressed that “the pressure [will] remain until that happens”.

The A&E closed in 2016 on grounds of staff shortages, triggering a storm of local protest that forced a partial reopening, but trust bosses and local commissioners have continued to favour options that would close the full A&E and critical care beds at Chorley.

Last August a document assessing 13 options for the future of hospital services in Chorley and Preston was published arguing it was not “clinically viable” to retain accident and emergency facilities at Chorley. However, it also argued that “It is clear from high-level clinical activity modelling that the population health requirements could not be serviced by one of the two current hospitals” – and there was no money to build a new hospital or expand either to cope. Indeed while the report claimed to be “clinically led” it noted that its preferred options were precluded by a lack of capital and the financial plight of the trust.

By January 2020 it was clear that reports by four different sets of clinicians had all come out against the possibility of either restoring a round-the-clock A&E unit or continuing with the existing limited hours service at Chorley.

Four reports – similar warnings
But all four reports also argued that local NHS leaders were placing too much faith in the capacity of expand primary care and community services to take on some of the services currently provided by hospitals. The Royal College of Emergency Medicine described the hope that this could help manage demand as “wishful thinking”.

The RCEM also echoed campaigners’ concerns over the “longer travel times for some patients, with uncertain impact on a small proportion with high acuity problems” if emergency services were centralised onto a single site in Preston, and warned that the Preston site would struggle to cope with the workload of emergency medicine and acute/general medicine.

Local MPs were also unconvinced, and have continued to press for the resumption of a full 24-hour A&E: Sir Lindsay suggesting if need be this could be taken over by another local trust. So the announcement in March that Chorley’s embattled A&E was once again to be “temporarily” closed came as no surprise, and there is little confidence that the previous service will reopen.

There is also a history of long-standing plans for reconfiguration and local suspicion among campaigners and politicians in Cheltenham, where plans to “temporarily” divert 999 emergency cases to Gloucester have been announced this month.

Last year plans to remove Cheltenham Hospital’s emergency and inpatient general surgery were challenged by a letter from 57 consultants and senior doctors, stating the move could put patients at risk. A cross-party campaign group called REACH (Restore Emergency at CGH Ltd, led by the Chamber of Commerce) opposed the change, and invited trade unions and campaigners to join in common cause.

Now Chris Hickey, spokesman for REACH, says: “This looks so suspiciously like what we have fought against for six years, in the last two years in particular. Everything they are planning to do are the things we said should be subject to a full consultation.”

In Ealing Hospital, where campaigners (along with campaigners for Charing Cross Hospital), won a famous victory after a six-year campaign when plans by North West London health chiefs to axe both hospitals were finally killed off by Matt Hancock last year, there are fresh concerns over “temporary” arrangements to suspend all emergency surgery and close operating theatres at Ealing, and transfer staff to Northwick Park Hospital (part of the same London North West University Healthcare trust).

While there are no doubts that Northwick Park Hospital has struggled to cope, becoming one of the earliest to be swamped by Covid-19 patients, the loss of services in Ealing is a serious blow to its diverse local catchment population, which covers the large BAME community in Southall.

It has forced the suspension of Ealing’s highly regarded trauma unit, and increased delays in getting vital surgery, and there are fears it could result in a permanent downgrade of the A&E and acute services. Ealing Save Our NHS campaigner Eve Turner has written to the Trust noting that their assurances that 24/7 A&E would continue “as they are now” could mean that there would be no restoration of emergency surgery and the previous full Emergency Department. She notes proposals to reinstate only a day time surgery list, but not emergency orthopaedic surgery.

It seems that a pattern is emerging, in which the Covid emergency and the lack of normal meetings and scrutiny during lockdown are being exploited to dust off long-cherished but controversial plans and create a new fait accompli under the guise of “temporary” measures. Suspicions will remain until the lost services are put back into place.

John Lister is a journalist and NHS campaigner. This piece first appeared on the Lowdown, a free-to-access fortnightly news bulletin.