It’s time to be radical – and say ‘never again’ like we mean it. 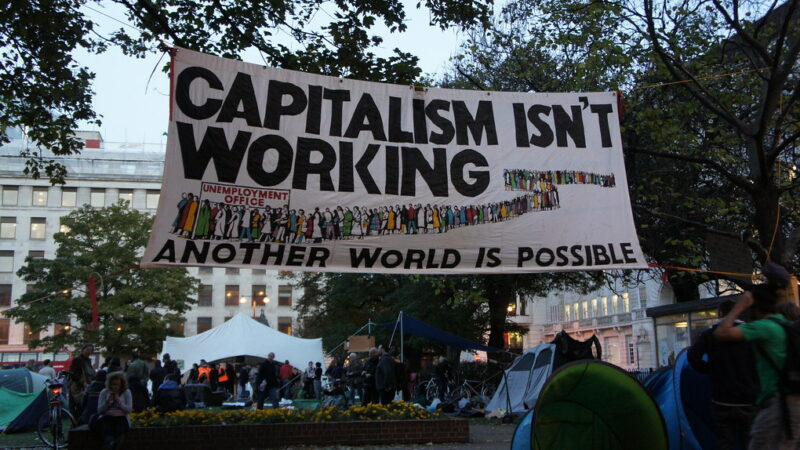 Thinking ‘big picture’ might have changed the outcome of the 2016 referendum. Then, three urgent existential questions – climate change, racism, global inequality – presented a perfect storm threatening humanity’s future. The referendum fall-out revealed a fourth cause for alarm: the erosion of democracy, here and around the world.

And then came Covid-19. Outside specialist scientific circles and horror films, before 2020 there had been little interest in global pandemic. So under austerity, the framework to manage major epidemics was dismantled. We are still facing an unpredictable threat, with no end in sight.

Covid-19 has brought a reckoning, and new perspectives. Crises can be a powerful generator of radical change. Put crudely, this is especially true if it’s a disease from which money can’t buy immunity. Every day come stark reminders that things taken for granted hang by a thread.

Comparisons between this new virus and historical epidemics have filled many newspaper columns. In terms of outcome, cholera is particularly poignant. The 1830s and 1840s saw 100,000 die in Britain, in two waves of cholera.

Those deaths were heavily clustered in the poorest, most insanitary, housing. But other lethal diseases were constantly present: T.B. was endemic, and there were other frequent epidemics. In Sunderland, the port through which cholera first entered the country, a measles outbreak in the 1820s killed four times as many as cholera – and measles did not spare middle-class children.

The public health crisis was a call to action, prompting inquiries and new laws. These focused on overcrowded industrial towns, growing without planning or even the most basic building and sanitation standards. And the real engagement was local. The Municipal Reform Act (1835) and Public Health Act (1848) drew new models for local government, and allowed town authorities to legislate for local circumstances.

The 2020 health emergency is similarly provocative. We look at ourselves, how our lives are organized, see gross inequalities laid bare. Early in lockdown, we learned the power of imagining a better future. Birdsong outplayed traffic noise. The air was fresh. Exercise, family, community, and mutual help became priorities. Working from home proved entirely possible for many, and is now seen as a practical idea longer-term.

We are in one of those ‘Never Again’ moments. But never forget that we always forget. The third anniversary of Grenfell is painful proof of that. Committed campaigners plough on, while the rest of us are soon distracted.

Where do we go next? Big ideas emerged in response to pandemic, some from very unlikely sources. There is indeed a magic money tree, as many economists have long argued. But threats of further austerity are still there. Public investment and redistributing wealth must be the way forward, as Prem Sikka showed so convincingly in LFF last week.

Covid-19 shows that austerity has been a false economy. Basic measures taken in advance could have saved billions, and many lives. But the bigger economic principles of the new economics have be accepted if we are to move on. Yet many policy-makers, and most of the public, remain to be convinced.

Equally revolutionary is the idea that race is a lie, a false science. The weight of evidence presented by writers like Angela Saini and Adam Rutherford is compelling. Converting a wider public to this view will be challenging, but it is essential.

We need to imagine alternative economic possibilities. We need to challenge the flawed ideas behind racism. A combination of internationalism and localism shows other routes forward.

The UK could have dealt far more effectively with Covid-19, and avoided much grief, if it had worked in collaboration with countries already dealing with the disease.

The other big lesson is that national responses proved far less efficient than local action has been, and could have been if given the chance. We knew this, but have just rediscovered the strength and promise of our own communities.

Localism, it turns out, is a big and necessary idea. So is a benign and positive version of globalism, and these need to complement each other.

We can learn from those early Victorians. We must not forget these months. Let’s keep the impetus for change.