The right will try and push for a new round of cuts after this crisis. It would be economically illiterate to do so, writes Prof Prem Sikka. 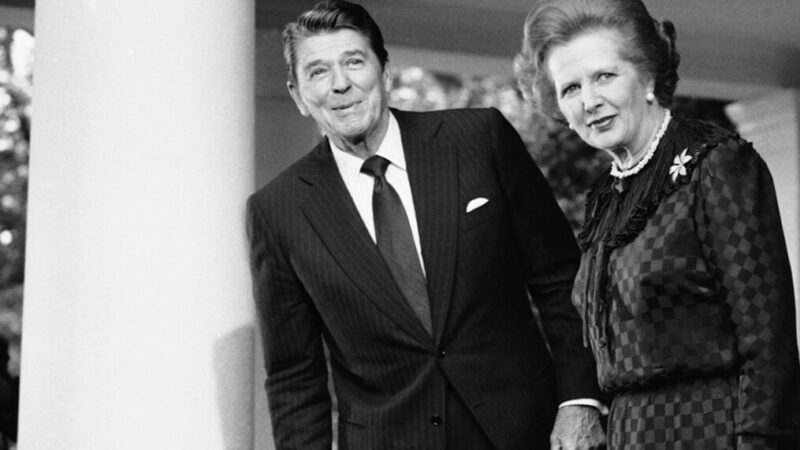 The coronavirus shut-down has hit the global economy hard, and governments have been rescuing businesses and providing some support for workers. By the end of May 2020, G20 countries deployed US$7 trillion (£6.2 trillion) in direct spending, tax relief and lending.

The UK’s Office for Budget Responsibility estimates that due to low economic activity government debt could increase by around £300bn to 95.8% of the gross domestic product (GDP). Just today we learnt that the UK economy was 25% smaller in April than in February: two decades of growth wiped out.

Employment and investment is the key to rebuilding the economy and the state has to take a greater role and invest. Such policies, though, do not go down well with neoliberals who remain preoccupied with one question: how the government debt will be repaid. Their usual remedy? Tax increases and austerity.

In promoting their policies, neoliberals are harking back to Margaret Thatcher’s 1983 speech in which she said that “the State has no source of money other than money which people earn themselves. If the State wishes to spend more it can do so only by borrowing your savings or by taxing you more”. Well, she was wrong. The state does have its own money – and it can and has used it to manage the economy.

Even a government wedded to the Thatcherite view of the world need not fear borrowing and investing. The UK’s base rate of 0.1% is historically low and the government can borrow money at relatively low cost. The debt does not have to be repaid anytime soon.

In 1946, after the Second World War, the UK’s public debt stood at over 270% of its GDP. The government had also borrowed extensively from the US and Canada during and after the war. The debt was brought down by expansionist policies that invested in industry and people, boosted employment and generated tax revenues. By 1976, it was reduced to 49% of GDP.

The final and the 50th instalment of debt to allies was paid in 2006. It is hard to recall anyone panicking about government borrowing or it even being a topic of discussion by our parents and grandparents’ generation. A government aligned with the Thatcherite worldview can repay debt over several decades.

We live in vastly different times now and global currencies, such as the pound sterling and US dollar, are no longer convertible into gold. The UK had abandoned the gold standard in 1931 and in 1971 the US finally ended the convertibility of the US dollar into gold. This has given some governments more room to manoeuvre and create paper or electronic money.

In the decade after the 2007-08 banking crash, the Bank of England created £435bn of money through its quantitative easing (QE) programme to purchase financial assets, such as corporate bonds and gilts, which in turn facilitated low interest rates and liquidity for banks to lend.

This was not accompanied by investment in infrastructure or new industries as the government became obsessed with reducing the deficit, and ultimately failed to do so. The focus on deficit led to real term cuts in government spending and failed to generate economic growth or well-paid jobs though stock markets boomed.

A similar process is at work now. Once again, the Bank of England has committed £200bn of QE to purchase financial assets and is expected to increase that amount soon. To avoid the past failures, the government needs to use QE to invest in the real economy. This does not mean that governments can create unlimited amounts of money, as that can fuel inflation and destroy the value of currencies. So the real constraint is the productive capacity and availability of labour, land and resources. Some of these can be eased by public investment.

Neoliberals misunderstand what taxes are about. They’re used to regulate the economy and enhance social welfare. The state can use taxation policies to withdraw money from the economy and thus manage demand and reduce inflationary pressures. Citizens can be given incentives to not spend e.g. by offering tax relief on pension contributions. Taxes on cigarettes and alcohol have been used to reduce demand for harmful products.

Market mechanisms always generate inequalities and the concentration of wealth in relatively few hands can destabilise societies. In response, the state can use taxes to withdraw money from the well-off and redistribute it – funding collective provision of public goods, such as healthcare, education, pensions, security and pensions and thus enhance social welfare.

There is a major economic crisis and the government must not repeat its past mistakes of trying to immediately balance the budget. The state has shown that it can create money, and that must be used to invest in the real economy. Now is the time to redistribute wealth.