The FBU represents 44,000 firefighters. Maybe they're worth picking up the phone to? 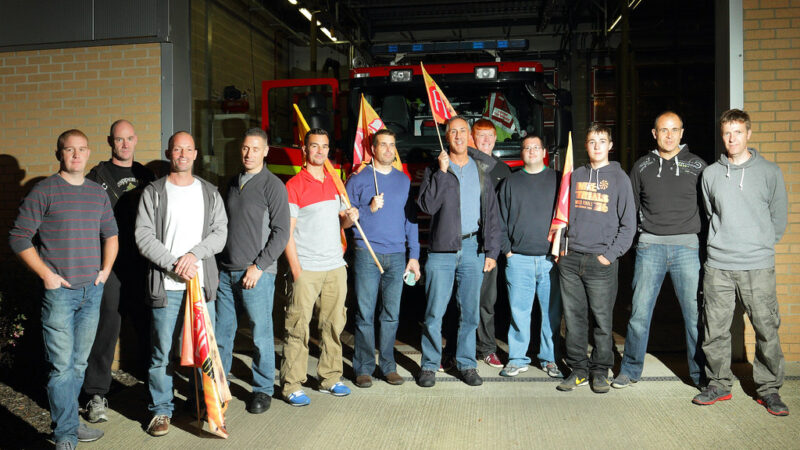 The government did not consult with the Fire Brigades Union (FBU) when drafting a post-Grenfell fire safety bill, the union has said.

The FBU has over 44,000 members and has been by far the biggest union representing firefighters since it was founded in 1918.

But the union says it was not consulted when the new Fire Safety Bill was drafted. The bill aims to improve fire safety in the wake of the Grenfell disaster, which killed 72 people in 2017.

The FBU has said change is needed but that the government’s proposals do not go far enough.

In a statement, they said the current safety rules are a “national disgrace” and this bill is a “gross underestimate” of the scale of the crisis.

In particular, the FBU criticised the lack of funding for new fire inspectors. According to a Home Office impact assesment of the bill, the governnment expects to spend between £0.7m and £2.1m a year on new inspectors.

The FBU says this is not enough – as it would only fund between 12 and 35 inspectors. There are currently 951 fire safety officers in England.

The union also said that a new permanent statutory advisory body should be formed to get feedback from fire professionals and use it to advise the government on fire safety.

A body like this, called the Central Fire Brigades Advisory Council, was abolished in 2004.

“The bill in its current form is a gross underestimate of the realities of the crisis. Without funding a significant increase in fire inspector numbers, this change in the law will not ramp up enforcement on rogue landlords – ministers need a serious reality check.

“At best, the government is planning to fund less than one extra fire inspector in each fire service for a massively expanded workload. We should be talking about immediately doubling inspector numbers to make a dent in this crisis.

“Oversights like this are symptomatic of a system that excludes those most affected from the policymaking process. With better engagement with tenants and firefighters, the chances of another disaster like Grenfell could be significantly reduced.

“The government must finally bring back a statutory fire sector body that represents the views of frontline firefighters, fire safety inspectors, and tenants. It’s the only way to end the dangerously short-termist thinking that prospers in Whitehall.”