Air France have been banned from competing with short domestic rail journeys. 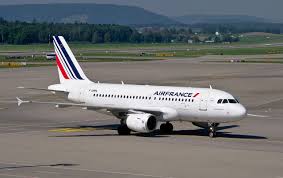 Unlike the UK, the French government has told its national airline to top competing with high-speed rail in return for a government bailout.

Air France will not be able to compete with any rail journeys less than two-and-a half hours, as a condition of a taxpayer bailout.

The airline must also reduce its carbon emissions on domestic flights. Although environmental campaigners point out this is non-binding and doesn’t apply to more polluting international flights.

France’s financial support is in the form of a government loan and a government-backed loan. Between them, these total €7bn (£6bn).

The British government has put no conditions on its £600m bailout of Easyjet – a company which has pursued what it describes as “aggressive” lobbying campaigns in the past.

If the UK copied France’s 2.5 hour condition on competing with rail then Easyjet flights would be banned between London, the Midlands and the North of England. All journeys within Wales and the Scottish mainland would also be banned.

Germany has also failed to place environmental conditions on its bail-out of national airline Lufthansa.

According to NGO Transport and Environment, the European aviation sector is heavily dependent on taxpayer subsidies like state aid for airports, low-cost airlines and infrastructure linking airports with nearby cities.

It is also exempt from VAT and kerosene tax. The kerosene tax exemption is worth €27bn (£24bn) a year, accordinf to Transport and Environment.

One Response to “Unlike UK, France places green conditions on airline bail-out”