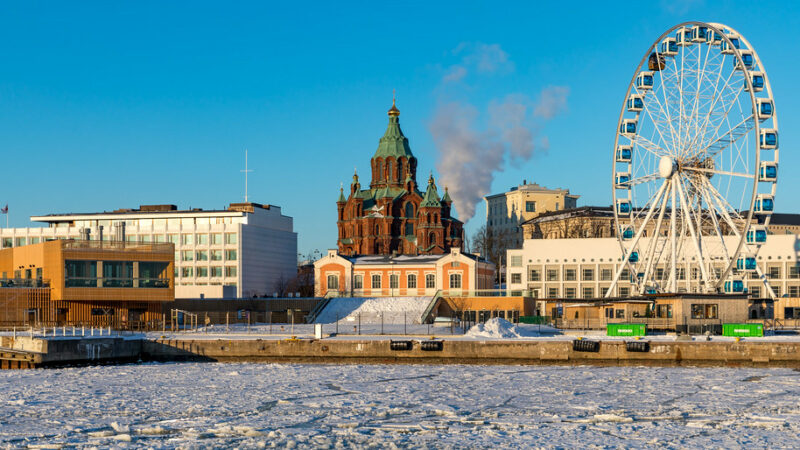 With homeless people especially vulnerable to coronavirus and charities warning they are already seeing a rise in homelessness during the outbreak, councils have announced they will need “rock solid” financial support from the government to combat rough sleeping.

One country we should look for a solid and successful approach to ending homelessness is Finland. In 2007, Finland introduced its Housing First scheme. This involves rough sleepers being provided with homes and support tailored to their unique needs. The policy has resulted in unambiguous success, with rough sleeping in Helsinki now virtually non-existent.

The traditional approach to tackling homelessness involves getting to the ‘root of the problem’ as to why someone has become homeless. Traditional solutions, like the ones imposed in the UK, are centred on the hypothesis that in order for someone to get off the streets they need to sort out their problems first.

Finland’s approach gives everyone a home first, regardless of their situation and reasons for homelesness. The Finnsish strategy maintains having a roof over your head is a “human right” and people are likelier to be able to solve their health and social problems when they have somewhere to live.

NGOs providing outreach services in Finland, such as ‘No Fixed Abode’, operate in cities like Helsinki to identify people sleeping rough, and to provide appropriate housing solutions for them.

Since 2007, people living on the streets in Finland have been provided with housing and receive support services that are individually tailored to their unique needs.

They are entitled to receive housing benefits and pay rent on a normal lease. Based on their income, tenants may contribute to the cost of the support services they receive, and the rest is covered by local government.

While the support is funded by local government though, the scheme works because it is a national policy and is a collaborative initiative through the state, local councils, volunteers and NGOs.

Shortages in affordable housing is a key contributor to homelessness. Part of Finland’s approach to curtailing homelessness was to increase the supply of affordable rental housing.

Not only does the Scandinavian country use existing social housing to house people sleeping rough, but it buys flats from the private market and builds new apartment blocks to provide homes. All the homeless shelters in Finland have now been transformed into affordable rental property.

Over the last decade, the Finnish model has cost the government around 300m euros but has virtually wiped out rough sleeping in Helsinki.  Julie Kaakinen, chief executive of Y-Foundation, one of the key national developers of the Housing First policy, says the model is cost-effective:

“There is ample evidence from many countries that shows it is always more cost-effective to aim to end homelessness instead of simply trying to manage it. Investment in ending homelessness always pays back, to say nothing of the human and ethical reasons.”

According to Kaakinen, the savings on the services required by an individual who is housed can be as much as 9,600 euros a year. This is when compared to the costs that would come from the person still living on the streets.

The Y-Foundation asserts that Finland’s approach can and should be replicated in other European countries.

Since the Tories came into power in 2010 though, there has been an 165% increase in rough sleeping in Britain. Rising levels of rough sleeping under consecutive Tory governments has been pinned on the £1b cuts to local homelessness services, meaning there is around 9,000 fewer hostel beds today.

Funds have also been slashed for social housing, with the number of government funded homes for social rent having fallen by 90%. These cuts are couple with significant reductions in housing benefit entitlements, which, according to the National Audit Office, has a direct impact on rising numbers of homelessness.

In 2017, the city of Manchester witnessed the highest number of deaths among homeless people than any other area in England and Wales. Greater Manchester’s mayor Andy Burnham has long been committed to tackling homelessness in the city, having pledged to end rough sleeping in the region by 2020.

Taking inspiration from the Finnish model, in 2016 Inspiring Change Manchester initiated a Housing First approach pilot, aimed at identifying and supporting people with entrenched homelessness into their own home. Three years later, spurred on by the success of the pilot, Manchester launched a full Housing First programme led by Great Places.

Manchester is fortunate in the sense it has a mayor that has always made fighting homelessness a priority and has not been afraid to challenge the government to commit to taking immediate steps tackle the crisis. Despite numbers falling, Manchester still has a long way to go to become ‘homelessness-free’ like Helsinki.

Finland was a bold pioneer in believing every rough sleeper deserves a roof over their head rather than being made to earn it. Part of Finland’s success with fighting homelessness is that the country as a whole is behind its radical approach, including state and local governments.

If the UK and other larger European economies are to enjoy similar success in fighting the modern plight of homelessness, at a time when the UK is teetering on an economic downturn that threatens to cause a raft of social problems and financial hardship, radical commitments to tackling homelessness need to be made at a national level.