Governments have had the wrong priorities for too long. 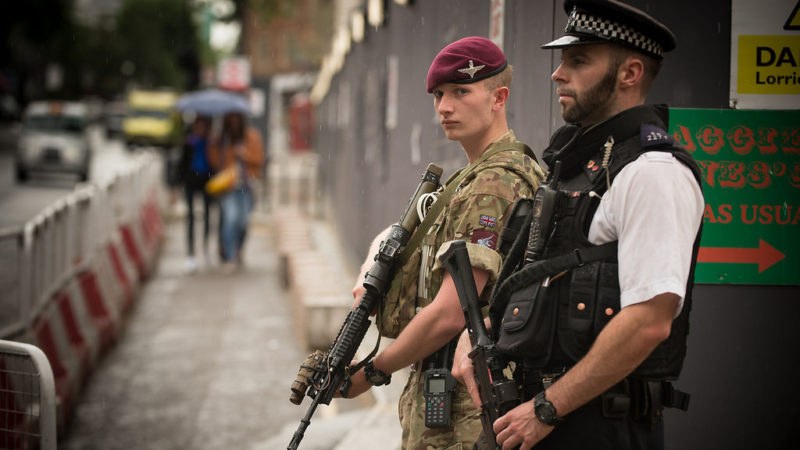 There are few policy areas that have not been affected as result of the ongoing crisis. It has highlighted the impact of cuts, austerity and job insecurity, but also the fragility of huge sectors of the economy.

One area where the virus should lead to a major re-evaluation is national security policy. There was always a risk of a modern pandemic, with the question being when it would happen rather than if. The situation may be unprecedented, but it was not unexpected.

In 2010 and 2015, the Government’s National Security Strategy and Strategic Defence and Security Reviews identified it as a ‘tier one threat.’ In 2016 the government ran a full and in-depth exercise to see how prepared it was for an influenza outbreak. Its findings now look eerily familiar, with the revelation that the UK did not have enough personal protective equipment (PPE) or medical equipment. Unfortunately in the aftermath of the simulation the Department of Health rejected high level advice to buy protective equipment on a cost basis.

At the same time as government was failing to plan against such a major threat, it continued to pour billions of pounds into aircraft carriers and nuclear weapons to ensure ‘security’ against fictitious threats that its own analysis did not support. 2015’s review identified military attacks on the UK or its bases as a tier 3 threat, while acknowledging that there was “no direct threat to the UK or its vital interests from states developing weapons of mass destruction.”

The botched priorities are not just in the UK, a new report from the International Campaign to Abolish Nuclear Weapons shows that 2019 saw record global spending of $73 billion on nuclear weapons. A big part of the problem is that for far too long successive governments in the UK and around the world have talked about security and military strength as if they are the same thing. They are not.

Covid-19 has made clear how interdependent our security is, and how the health and security of one person or one country is intrinsically linked to so many others. That is why, in a post-COVID world, access to healthcare facilities, a living wage, environmental sustainability, and other essential services should be a key part of a wider national security strategy – none of these causes are advanced by the proliferation of bombs, missiles, and aircraft carriers.

In the immediate aftermath of the first coronavirus cases, the government announced the formation of Ventilator Challenge UK, a consortium that is building ventilation equipment for the current pandemic. The consortium includes BAE Systems, Thales and other major arms companies. They are working together with other major firms to build components and provide testing for new ventilators to address the shortage that the UK went into the crisis with.

There will not always be an immediate demand for medical equipment on this scale, but what it shows is the versatility and transferable nature of arms company workers and their skills. At present the arms industry enjoys a huge degree of financial and political support; this has provided a solid example of how that support can be transferred to other areas while retaining those skills.

One vital area where those skills could play a key role is in mitigating the greatest security threat of all: climate change. Many of the skills used to make military equipment could be better used to produce renewable technology. This could have the dual benefit of creating thousands of well-paid jobs in a growing sector, and offsetting some of the immense damage that is being done while helping to create a greener and safer world for us all.

A fuller transition from away from arms and towards renewables and other areas of engineering is a long-term process, but progress can start now. There is no doubt that such a change would require major support and political will from government, but if these changes are made then it can help us to prepare for a different future based on different political and economic choices.

One outcome of the COVID crisis has been to delay the government’s 2020 security review, which was due to be published in December. Hopefully the delay to 2021 will allow new thinking to take.

Our security is not advanced by returning to ‘business as usual.’ On the contrary, it is strengthened by building fairer societies that support the most vulnerable, and by investing in our public services.

If there is to be meaningful change going forward, then the focus must be on ensuring that out of this crisis we build a safer world, where real security is paramount and where human needs are prioritised.