They've been dumped on the scrapheap. 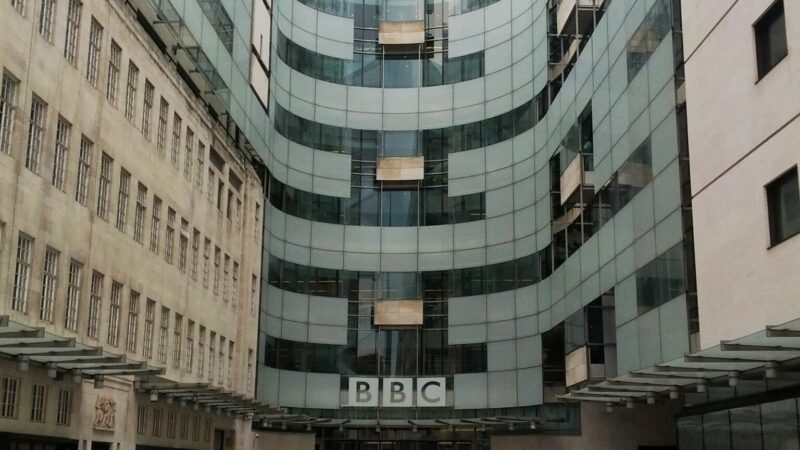 The BBC is faced with an army of angry workers. They’ve been dumped on the financial support scrapheap, seemingly ineligible for government provision. All this while contractual work in the creative sectors is extraordinarily precarious.

More and more of those working at the BBC are PAYE freelancers. These workers are wthout a definitive employed or self-employed status. They have fallen through the gaps of Chancellor Rishi Sunak’s COVID-19 financial safety net.

PAYE Freelancers are paid through Pay As You Earn and are taxed at source. Falling into a “freelance” bracket, they do not qualify for traditional employee rights and work on a contract-to-contract basis. Like zero-hour contact workers, PAYE Freelancers have little in terms of job security, other than the duration of their contract.

Being essentially freelance and typically providing creative services, this type of freelancer won’t necessarily be paid solely through PAYE. Many will have different sources of income with multiple businesses, which isn’t taxed at source and requires the freelancer to take care of their own tax and national insurance as a sole trader.

Many freelancers at the BBC fall into the foggy area of being on the PAYE payroll without the luxury of traditional employee rights and having to file annual self-assessments for ‘genuine’ freelance work.

This week, the UK’s self-employed are logging into their Government Gateway accounts to apply for the Self Employed Income Support Scheme (SEISS), designed to match the support being given to furloughed employees.

Many PAYE Freelancers are dismayed to learn that, if their PAYE earnings make up more than half of their annual income, they don’t qualify for the self-employed support scheme. This is because income taxed at source is not eligible for self-employment provision. In a nutshell, work being deemed as “freelance” by the BBC is seen as employed by the tax authority HMRC.

So freelancers are up in arms. They’re faced with lost contracts, sparse bookings, a heavily diminished income and neither the rights of furloughed employees nor the self-employment grant.

Armed with the hashtags #ForgottenFreelancers and #NoCreativeLeftBehind, the letter was composed by PAYE Freelancers who regularly work in a range of production roles across the BBC’s Public Service output.

Noting the “urgency close to desperation” of the situation, the letter informs Lord Hall of the freelancers’ ineligibility for SEISS, alongside disentitlement to furloughed support, which, according to BBC human resources, is due to the BBC Public Service not qualifying for the government’s job retention scheme as a public sector organisation.

The letter points to communication dated April 3, in which the UK’s major broadcasters and producers collectively wrote to the Culture Secretary, urging him to take steps to ensure freelancers within the industry who work on PAYE contracts will be eligible for the government’s self-employment support scheme.

Any encouragement and hope the collective call from ITV, BBC, Channel 4, Viacom and Pact executives to, as the letter notes, “deliver what assistance we can to help this important group of workers in our world leading creative economy” were dashed. HMRC confirmed that when applying for the grant that PAYE earnings are not part of the calculation.

In a Zoom session for BBC News staff, Catherine Hearn, the BBC’s HR Director, was asked what they are doing to support casual freelancers at the BBC.

Someone told Hearn: “Most of us have seen our shift numbers reduced to zero and we’re now being told there’s no financial support for us at all. We don’t qualify for government self-employed help that freelancers elsewhere might get because you’ve insisted on paying as PAYE, rather than gross.”

In a circumspect response, Hearn said she wouldn’t “go into the intricacies” but assured they have been “working very hard to identify what additional support we can give our PAYE freelancers.”

Such promises bring little relief however to the PAYE Freelancers applying for the self-employment support and being told they can’t claim on the income that’s been taxed at source.

The injustice of the situation comes as little surprise to many BBC PAYE Freelancers who have long recognised the discriminatory treatment they have endured being placed on these exploitative contracts.

By blurring the line between freelancer and employee under a PAYE Freelancer label, employers have been accused of using the casualisation of their workforce to forgo traditional employee rights.

Like Uber drivers on indefinite and manipulative zero-work contracts, PAYE Freelancers have little employment privileges. Short-term contracts are dangled in front of this growing brand of workers at places like the BBC, often in 12-week stretches followed by ‘breaks’, so that employer can conveniently sidestep traditional employment rights such as termination notices and holiday pay.

By slipping through the net of current government COVID-19 assistance schemes, the exploitation of those being forced to commit to PAYE Freelance contracts to the benefit of the employer is difficult to refute.

As a former PAYE Freelancer at the BBC told me: “We are being stripped of basic workers’ rights. With an HR department that’s outsourced to a call centre, and institutionalised managers that are rarely on your side, there’s nobody to turn to for help. And now we’re told we’re not entitled to financial support as our contracts dry up because of the pandemic.

As the freelancer said: “Something has got to change.”

One Response to “The BBC and government are failing freelancers”