Poorer, older Londoners will suffer as a result of this very political decision 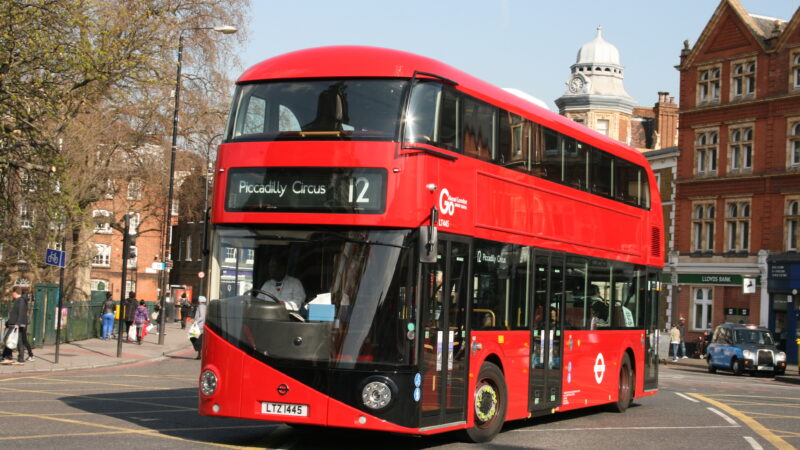 In 1973, Boris Johnson moved from London to Brussels and the Greater London Council brought in the Older Persons Freedom Pass. Perhaps the Prime Minister does not hold fond memories of that time, as first he took apart our relationship with our European neighbours, and has now dismantled the GLC’s 47-year legacy of free travel for older citizens.

A scheme so beneficial that even Mrs Thatcher did not touch it as she took down the GLC, has fallen victim to this Government.

Though the Government refuses to publish a deal it thought acceptable to sign, we know now that the Freedom Pass and the Over-60s Oystercard will no longer apply at peak hours.

Under the pretence of dealing with TfL’s covid-devastated finances, the Government has imposed a tax on over one million older people in London. Fair? No. Effective? No. Necessary? No.

These costs will be tough for the 250,000 pensioners in London living in poverty. While they may be able to travel at other times, this luxury is hardly open to all. One in twelve workers in London is over-60 – do we really think everyone will be able to move their shifts? Choosing between a GP appointment at peak time tomorrow, or not for two weeks, feels rather illusory. 99 local areas in London have no or few proper food shops, and as special shopping hours at supermarkets are often at rush hour, pensioners will be asking themselves how they’ll get groceries in.

If the Government wants to “level up” the nation, it should question why it is widening the gap between older people in London and elsewhere. A quarter of our older people live in poverty, compared to 15% in the rest of the UK. While pensioner poverty elsewhere has gone down in recent years, in London it has increased.

So the restrictions on travel are going to hit the poorest worst. But isn’t this important to encourage older people not to travel at busy times? To be clear: at the moment, no one should be using public transport unless they have no other option. But the idea that a Government which told people to go back to work with less than 24 hours’ notice and no safety guidelines published, has suddenly had an attack of conscience about a relatively small number of older people travelling at peak hours, is for the birds.

Not fair – not effective – and not necessary either. TfL relies on fares. As Londoners have obeyed the Stay At Home rules, this income has collapsed. As restrictions on public transport will continue, the amount of money TfL gains from this move will be minimal. This is a unique crisis of demand; neither the cause nor the solution lie in this sort of “efficiency saving”. We need an honest conversation about funding models, but instead the Government has used this as a stick to beat a Mayor it doesn’t like and a city that didn’t vote for it. Let’s be clear: there were other options to raise revenue for TfL. Reform of local taxation, as set out by the London Finance Commission (set up by Boris Johnson), would have shared the costs fairly, effectively, and for the long term. Now older Londoners face unwelcome choices over essential tasks and work, and ongoing uncertainty about whether their hard-earned free travel, with us for nearly half a century, will ever come back. I will be campaigning for fairness and clarity on this issue, and I hope other London politicians will join me in standing up for our communities.