Unlike almost every other country, we've kept our borders open. 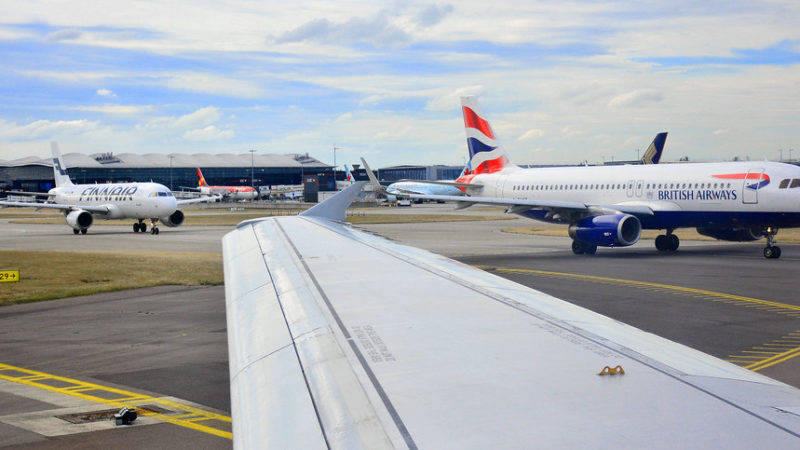 The government ignored a mid-February warning that countries with more flights, particularly to China, had higher rates of coronavirus.

Documents released today revealed that the government was warned on 17 February but continued to allow flights from every country in the world. The UK is one of only a handful of countries with this open border policy.

The February 17 briefing was produced by the Scientific Pandemic Group on Modelling (SPG-MO). It said: “The relative risk of cases in countries outside China has been shown to be correlated with air passenger levels. Countries with a higher volume of travel to and from China have been more likely to experience cases. Whilst it is to be expected that this will continue to be the case, transport patterns are changing, so the relative risk is expected to as well.”

This briefing was submitted for discussion at the meeting of the Scientific Advisory Group on Emergencies (SAGE) on 20th February. The purpose of this meeting is for experts to advise the government. The government officials in attendance are not listed but the Department for Transport’s chief scientific adviser Professor Phil Blythe is a member of SAGE.

Despite this warning though, the UK continued to allow flights from all over the world including China, Italy, Iran and other hotspots. There has been no routine testing at UK airports. From late January to mid-March, those arriving from hotspots like Wuhan were quarantined. But, according to the Financial Times, this quarantining was abandoned in mid-March when the government shifted from ‘containing’ the virus to ‘delaying’ it.

In its relaxed attitude to air travel, the UK is an international outlier. By the 17th February, when the document was produced, air travel restrictions had already been introduced in France, Italy, the USA, Japan and Australia. According to the Pew Research Center, more than 90% of the world’s population live in countries with flight restrictions.

When Health Secretary Matt Hancock was asked about this in April, he said: “We’ve followed the science in terms of international travel all along and we saw right at the start of this pandemic that the two countries that brought in the most draconian international travel restrictions, the US and Italy, both of them have now got serious problems.”

A government spokesperson also told the FT there was “no evidence that interventions like closing borders or travel bans would have any effect on the spread of infection.” When Public Health England were asked what evidence they were relying on for the open border policy, they cited a 2014 study which concluded: “Travel restrictions would make an extremely limited contribution to any policy for rapid containment of influenza at source during the first emergence of a pandemic virus.”

The government’s air travel policy has been criticised by experts. Professor Gabriel Scally, president of epidemeology and public health at the Royal Society of Medicine told the FT: the policy was “most peculiar”.

Left-wing campaign group Momentum has also repeatedly criticised the policy on social media. The group have shared viral images and videos arguing the UK is an international outlier in its open borders policy, that it has quarantined enough arrivals and that it should be testing for coronavirus at airports.