Patriotism is vital for Labour to win back towns and older people. 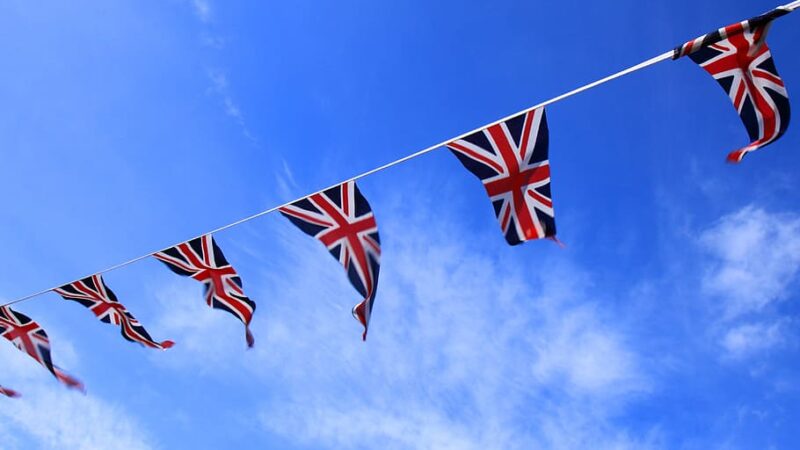 In a virtual meeting with residents from Bury last week, Keir Starmer embraced patriotism and said the Labour Party should not shy away from displaying national pride.

Responding to a voter who said his waving of the union jack made him feel like a racist in the eyes of others, Starmer said “I’m really proud of my country and I wouldn’t be leader of the Labour party if I wasn’t patriotic.”

Starmer’s stance is welcome and shows an awareness of voter attitudes in places that Labour desperately needs to win back. Many of the constituencies that the party surrendered at the last election are in towns with older populations, where ‘communitarian’ values are held strongly. These tend to centre on familiarity and stability, common endeavour, the glue the binds society together, and the enforcement of law and order.

The towns characterised by communitarian values have many more older non-graduates than younger graduates living in them, by contrast to the more ‘cosmopolitan’ urban centres that Labour has done much better in of late.

Given the way industries and communities have been torn apart by globalisation in many towns, it is not surprising that a strong emphasis on place, belonging and rootedness should take hold.

This does not mean that these are not valued in the big cities where the young and university educated are more able to take advantage of globalisation’s opportunities. But evidence does show a significant difference in cultural attitudes between older towns and younger cities.

The inquiry on healing generational divides run by the parliamentary group on social integration provides one glimpse into this, while research conducted by YouGov in 2018 showed that older people are more likely to have feelings of English pride than younger people.

You could therefore call Starmer’s embracing of patriotism a turn towards realism. A turn towards recognising where many people in the country are currently at – particularly those Labour needs to win back – in terms of their attitudes and values.

Labour undoubtedly has to tread very carefully in trying to unite the cultural values of older towns with younger cities. Though more older people living in towns at times have less socially liberal attitudes on issues like immigration and LGBT+ rights, Labour cannot compromise its principles – not to mention the support of younger voters it desperately needs to cling on to – by swinging right on these issues. Absolutely out of the question.

But on patriotism, there is a clearer opportunity to bring young and old, towns and cities, ‘communitarians’ and ‘cosmopolitans’ together in a progressive way. That’s because patriotism is malleable and can be good as well as bad.

There is no doubt that our country has provided us with plenty of reasons not to love it over the centuries, through the destruction, exploitation and plundering it has embarked on across the globe. This should all absolutely be recognised, taught in schools and discussed and critiqued very openly.

However, this does not mean there is nothing to celebrate or love about our country. We have made immense contributions to politics, art, science, literature and sport. The community response to the Covid-19 pandemic has shown how national pride can be expressed through the cherishing of our health service, through hundreds of thousands signing up to help a national volunteering initiative, through the growing appreciation for the great contribution that every key worker makes to our country; to the whole that we all belong to. Starmer should build on this momentum and create a vision of a fairer and more just Britain in which these workers are properly rewarded and supported.

What has been noticeable is the way the diversity of key workers has been celebrated more than ever. This included Boris Johnson praising the two nurses who helped save his life in intensive care: Jenny from New Zealand and Luis from Portugal. Highlighted here is another strength of patriotism – it’s ability to foster shared meaning and bonds between people of a wide range of backgrounds. In a different way, the National Citizen Service programme for young people achieves this by connecting a national initiative with civic action and shared goals, generating stronger feelings of trust and understanding between people of different ethnicity, religion and age.

None of this is to say that there is anything special about the nation on a moral level. It is pure luck which country you are born in. Why should we pay special attention to improving the lives of those who just happen to live in the same artificial territory as us? Particularly for the left who rightly focus much attention on reducing the class divides produced by capitalist systems, it would seem that an emphasis on the nation misses the point somewhat.

But while much of Labour’s core mission will remain centred on tackling inequality and improving livelihoods for the many not the few, the party is only going to be in a position to do that if it can appeal to the wider attitudes and attachments of the electorate. Yes, many people are desperate for economic change, but humans are complex and a love of the country often sits alongside this.

Starmer is right to embrace patriotism – and the national pride generated during the Covid-19 response has shown how it can be a progressive force.