Of 23 European governments, 16 have increased their support during the crisis. 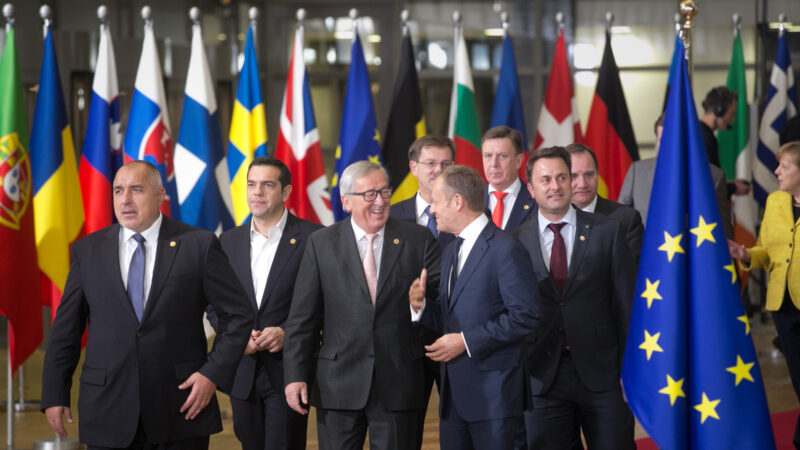 From the start of the coronavirus crisis until very recently, the Conservative Party has been enjoying a consistent increase in its polling figures.

In mid-January, it was polling around 45% support. From mid-March onwards this rose to over 50% where it has largely stayed until the last week or two where it has lost a few percentage points to Labour.

Conservatives have used this as evidence that the the government has handled the crisis well. In fact though, it is just evidence that in times of crisis, people like to support their government. This is known as the ‘rally around the flag effect’.

Polling from across Europe provides evidence for this. We’ve looked at the 23 European countries for which the Politico website displays recent polling data.

Of these 23, the governing party has enjoyed a boost in the polls in 16 countries including France, Germany, Ireland, the Netherlands, Poland and Sweden.

Outside of Europe, the Economist has reported that support for the government has increased in Australia, Canada, India and Mexico while only Japan and Brazil bucked the trend.

Here’s what happened in each European country – whether support for the government went up, down or stayed the same.

The ruling Austrian Peoples Party went from a consistent 39% in February to 45% by May.

Support for the ruling has remained around 30%, where it has rougly been for two years.

Germany is led by a coalition of the centre-right CDU and the centre-left SPD. Support for the CDU has increased from 28% to 38% and the SPD’s support has also increased by a few percentage points.

Since their June 2019 election, the gap between the ruling Social Democrats and opposition Liberal Party was consistently just a few %. Since mid-March, it has increased to around 13% in the Social Democrats favour.

In Estonia, support for the ruling Centre and EKRE parties has increased slightly while the opposition Reform Party’s support has dropped a few percentage points.

In Spain, support for the ruling PSOE and Podemos parties has remained consistent. Support for the opposition PP party has increased, seemingly at the expense of another opposition party called Vox.

Finland’s ruling Social Democratic Party were polling in third place in February. Since then, they have overtaken both the main opposition parties.

The amount of people who like President Macron has increased from around 33% in February to around 41% now.

The ruling New Democracy Party has increased its support from 44% in January to 48% now.

The ruling HDZ overtook the opposition SDP in April.

Support for Viktor Orban’s ruling Fidesz party has increased slightly during the crisis from an already high 50% to an even higher 53%.

In February, the Fine Gael party came third in the Irish but have remained in power on a temporary basis.

Since then, their popularity has shot up from 21% to 31%, making them the most popular party in Ireland again.

Support for the two ruling parties, PD and Five Star, has remained pretty consistent throughout the crisis.

Lithuania’s governing party has increased its support slightly, although so has the main opposition party.

Latvia bucks the trends as the opposition green and social democrat parties have slightly increased their support.

Support for the ruling centre-left party has increased from 21% in February to around 36% now.

The ruling Conservative Party has overtaken the opposition in the polls as its support jumped from 20% in February to 27% now.

Support for Poland’s President Duda jumped from 45% in February to 57% in April, although it has fallen back 50% now.

Support for his main rival, Małgorzata Kidawa-Błońska, dropped to the extent that she dropped out of the presidential race.

Support for Duda’s ruling party has also increased at the opposition’s expense since February.

Support for the governing Socialist Party has increased a few percent since February.

Romania is an exception as support for the governing PNL has fallen since January.

In February, Sweden’s ruling Social Democratic Party was neck and neck with the opposition Swedish Democrats. Since then, its support has increased so the gap is now 31% to 19%.

In January, the ruling SDS was tied with the opposition LMS. Since then, the SDS has opened up a 7-point gap in the polls.

As Slovakia held an election on 29 February, its situation is unusual. But support for the new ‘Ordinary People’ government has held up since then.