The Scottish Greens said this was unacceptable. 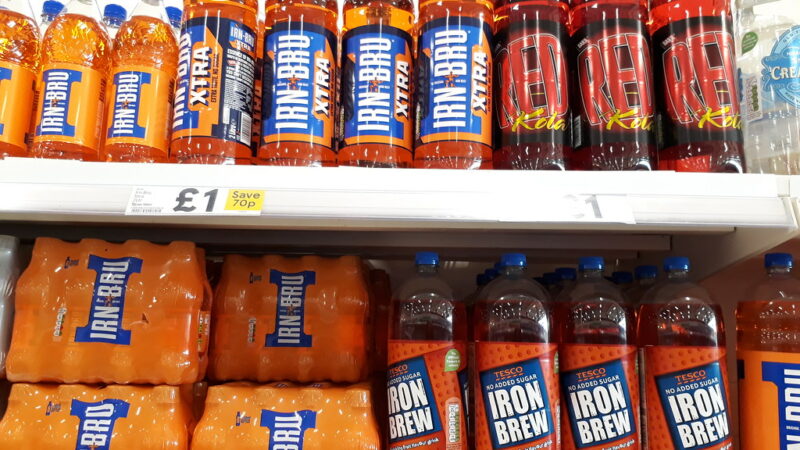 Scottish drinks-maker AG Barr will spend £97,000 this year on ‘car and fuel expenses’ for its four executives.

At the same time, the taxpayer is paying 80% of the salaries of staff it has furloughed and the company has cut back on commercial and marketing activity.

The Scottish Greens and the High Pay Centre criticised the company, saying that these bonuses were unnecessary and unfair.

AG Barr is based in Cumbernauld and makes Irn-Bru, Rubicon and Funkin Cocktails. Coronavirus has hit its sales as less people are buying its drinks from cafes and while on the move.

In response to falling sales, the company has furloughed staff and delayed the opening of a £14m liquid processing facility in Cumbernauld.

Its latest annual report though shows that, although their salaries have been frozen, its executives continue to be well-rewarded.

An AG Barr spokesperson declined to say whether this was just for a company car or whether it included a chauffeur. Despite the company cutting costs, it has not indicated that these benefits will end.

Scottish Greens co-leader Lorna Slater condemned the company. She said: “It is not acceptable for a company to ask the tax payers to look after its employees while handing out hundreds of thousands in shares and luxury cars to wealthy directors. This shows how our economy allows the wealthy to double down on their privilege while allowing workers to get poorer.

Slater continued: “Barr can be proud of producing some of Scotland’s most iconic brands, but the company should be ashamed about paying its CEO a salary 22 times what their average employee makes.”

The Scottish Greens have called for laws to ensure CEOs aren’t paid more than ten times their average worker. Slater said this would “make sure that hard work is actually rewarded, and that the profits of business are shared with everybody who contributes.”

Luke Hildyard, director of the High Pay Centre, said that company car perks were quite common and chaufeurs could sometimes be justified.

However, he said: “Just giving someone who could already afford (and probably does own) multiple top of the range cars tens of thousands of pounds extra just to run another vehicle isn’t a business expense, it’s a gratuitous, unconditional bonus.”

He added: “Most ordinary workers have to pay for their car or transport costs out of their own pocket so it’s hard to see why CEOs, who can much more easily afford to do so, should be any different.”