The UK government is yet to publish its plan for easing the coronavirus lockdown and restarting the economy. What might it look like? 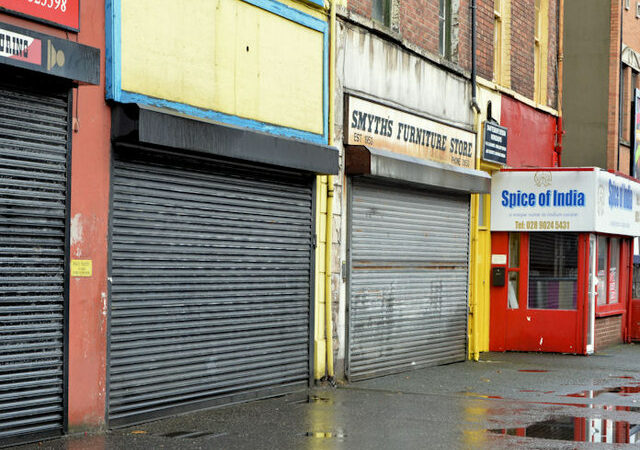 Leading think-tanks are warning that the UK economy could lose out £800bn of income over the next 10 years, and unemployment could rise to 10.5% of the work force.

That means the next phase of economic intervention must be bold.

In recent years, the government has assumed that higher consumption through higher household debt will somehow fuel economic growth. That assumption was never valid and has no substance now.

UK household debt stood at £1,680bn at the end of January 2020, and will be even higher now. Due to low wages, some 12.8 million households had either no or less than £1,500 in savings. Despite the government’s financial support for workers during the coronavirus crisis, some two million self-employed have received little/no support, and millions have had a 20% wage cut. We can expect depleted savings, increased credit card debt and many at the mercy of payday lenders. Soon any deferred mortgages and rent payments would need to be made and household budgets would be severely squeezed.

A phased reopening of the economy is most likely with restaurants, pubs, cafes, sporting events and airlines possibly being the last to restart. In the absence of a vaccine for Covid-19, workers and customers in diverse settings would need to keep social distancing and therefore many businesses would not be able to return to their former levels of trade for some time.

But businesses will not be able to sell their goods and services unless people have good purchasing power. To avoid a massive jump in unemployment the government needs to selectively extend the duration of its financial support for furloughed employees and the self-employed, which is currently due to close at the end of June. Unlike the present subsidy, it needs to ensure that no one will receive less than the national minimum wage.

The current crisis has shown that the most crucial workers, such as nurses, radiographers, midwives, cleaners, delivery drivers, shop workers, bus drivers are poorly paid. The government needs to stimulate the economy by giving them a substantial pay rise.

With lower demand, many businesses will postpone capital expenditure and mothball some existing projects or assets. Many companies will find it hard to compete with cheaper goods from Asia – recovering ahead of the UK – leading to calls for protectionism. The best thing to do would be to extend the EU transition period and thereby ensure that UK businesses retain their access to the single EU market.

Some believe that 70,000-100,000 businesses are likely to go bust during this pandemic, leading to loss of jobs and productive capacity of many sectors. The government will be under pressure to bail out businesses, but its scarce resources need to be diligently used.

For years, we have been told that banks will no longer be bailed out and that where shareholders fail to invest there would be bail-ins – i.e. bondholders would take-over the distressed entity and convert their debt to equity.

This model needs to be applied across all sectors. A bail-in by bondholders will also improve corporate cash flows as companies will not have to pay interest on its debt.

Nevertheless, some selected business bailouts would be needed. Any support, whether in the form of loans or an equity stake, must come with stringent conditions which change harmful practices. The recipients of government money should be required to reduce carbon emissions and gender/ethnicity pay gap, increase boardroom diversity and accept curbs on executive pay and payment of dividends.

How to do it

The UK is being left behind by other countries. The French government’s bailout of Air France-KLM is accompanied by demanding carbon emission targets. In contrast, the UK government’s £600m loan to EasyJet is not accompanied by any environmental conditions.

The EU has barred recipients of public money from paying dividends and executive bonuses. Despite a 67% decline in its quarterly profits, BP is paying a dividend of £1.7bn. At the same time, the Bank of England is buying its bonds to maintain their price and reduce the company’s cost of capital.

With historically low interest rates, the government can borrow at low cost. It can also borrow from the Bank of England, effectively creating its own money. It can levy additional taxes on the rich and broaden the tax base by taxing wealth, financial transactions and speculation.

It needs to invest in public transport, housing, education, healthcare, environmental services, flood defences – and to redistribute wealth and alleviate poverty. It can reduce pollution in towns and suburbs by providing free public transport, which will also increase labour mobility.

The government investment programme would take-up the slack in employment. It will also help the private sector as it will supply many of the products and services.

Ministers have the means to rescue people and businesses. The question is whether they have the vision to build an economy that benefits the many.

2 Responses to “Covid crash: How the government can avoid an economic catastrophe”