Think tanks are coming after the already-low state pension. All of us should resist the attacks. 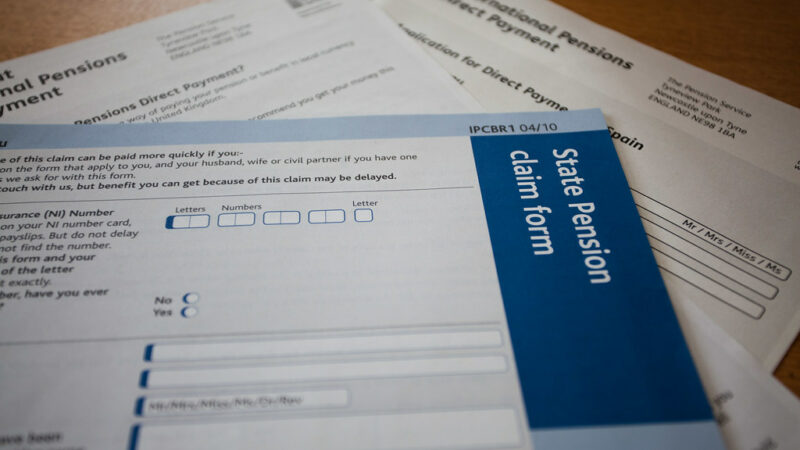 The UK government bailed them out by providing guarantees and cash outlays of £1,162bn and quantitative easing of another £435bn. Very few bankers faced any retribution. Instead, the government punished innocent people by imposing a never-ending austerity, wage freezes, reducing investment in the National Health Service and care homes and cutting funding for local authorities, housing and social security benefits.

The erosion of people’s purchasing power ensured that the economy remained flat, homelessness increased, inequalities widened and foodbank queues lengthened. Yet no lessons have been learnt.

As we prepare for the world after the coronavirus pandemic, neoliberals are again urging the government to hit the poorest and the most vulnerable people.

Leading the attack is the Institute for Fiscal Studies (IFS). From 1 April 2020, the national minimum/living wage for a worker age 25 and over rose from £8.21 to £8.72 an hour, which is hardly adequate to enable people to make ends meet.

The IFS recommended a delay in the rise and even a “temporary cut” in minimum wages. In principle, the low-paid can top-up their income through social security benefits, assuming that they qualify and are prepared to negotiate the bureaucratic labyrinth.

But the IFS proposal would have penalised many essential workers currently engaged in the fight against coronavirus whose wages are at or around the minimum wage IFS directors are of course likely to be collecting much more than just the minimum/living wage, and the report was silent on the impact of recommended policy on household budgets and families.

The Social Market Foundation (SMF) is funded by the likes of Vodafone, Provident Financial, Barclays, Kellog’s, Novartis, Post Office, BP, KPMG and taxpayers though the Economic and Social Research Council (ESRC). SMF are targeting the state pension, urging the government to manage the post-coronavirus economy by eroding the state pension – a main source of income for many current and future retirees.

It failed to keep pace with average earnings. In 2011, the Conservative and Liberal Democrat coalition government introduced a triple-lock, which meant that the state pension would rise by a minimum of either 2.5%, the rate of inflation or average earnings growth, whichever is largest. Despite the triple-lock, the state pension decreased by around 20% in real terms from 1994/95 to 2017/18.

Depending upon circumstances, the current state pension can be between £134.25 and £175.20 per week. The amount is taxable. In 2018, the UK state pension was 29% of average earnings, the lowest among industrialised nations. This position has not improved in subsequent years. The proportion of retirees living in severe poverty in the UK is five times what it was in 1986. The UK public pension spending is about 6.2% of its GDP, compared to an average of 8% for the OECD countries.

The SMF proposes that the triple-lock should be replaced with a “double lock” by removing the promised 2.5% rise. The SME claims that this change would reduce government expenditure by around £4bn a year, which is less than the annual subsidy that the government gives to train companies.

They fail to assess the impact of pension reduction on the life of retirees. With reduced income, retirees will spend less on good and services and thereby reduce the multiplier effect. The SMF proposals would ensure that retirees surviving the coronavirus pandemic will face a future of severe poverty.

Neoliberal proposals for hitting the low-paid, the elderly and the vulnerable make no economic or social sense. Any return to glaring inequalities of the pre-coronavirus world must be resisted. The current government has decided that an income of £2,500 a month is adequate and that should form the benchmark for minimum wage and state pension.

How to pay for it? The state can redistribute wealth by adopting progressive taxation policies. These can include a wealth tax, higher marginal rate of income tax on the rich, higher VAT on luxury goods; windfall taxes on banks, supermarkets and hedge funds; a financial transaction tax, land value tax, and the elimination of numerous tax reliefs/subsidies for the well-off, just to mention a few.

None of these things are considered by the IFS or the SMF – possibly because hitting the most vulnerable is an easy target.

One Response to “Prem Sikka: The state pension is in the firing line”